DOCUMENTS: How Bong Go is linked thrice to frigates deal 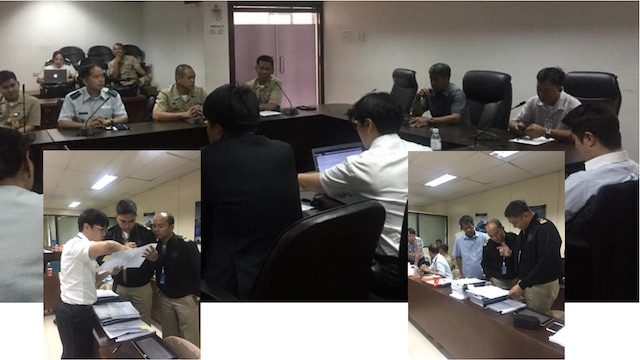 They include the following:

These documents were obtained by Rappler from a source privy to details of the contract and discussions between the Department of National Defense (DND), Philippine Navy, and winning bidder Heavy Hyundai Industries (HHI).

The big-ticket modernization project of the Armed Forces of the Philippines was embroiled in controversy following the ouster of former Philippine Navy chief Vice Admiral Ronald Mercado, who was accused of “insubordination” over the project.

He was unceremoniously relieved in December 2017 after supposedly disregarding directives from the DND to allow the winning bidder HHI to select the supplier of the Combat Management System of the ships. (Q&A: Ousted PH Navy chief Ronald Mercado on the warships deal)

Go denied any knowledge about the project. He initially told Rappler someone might have been using his name.

The Senate is scheduled to begin its probe into the frigates deal at 9:30 am Monday, February 19. All camps welcomed the probe to shed light on the controversy. The first document was dated January 12, 2017. While the DND and the Philippine Navy were debating the selection of the CMS last year, Defense Secretary Delfin Lorenzana instructed Mercado to rebut a white paper endorsing Hanwha Systems as supplier of the ships’ CMS.

Lorenzana said Go never intervened in the project. But he confirmed that the white paper was handed to him in Malacañang. An undersecretary in the office of Go, lawyer Chris Lao, wrote a letter dated January 18, 2017 to the Navy officer in charge of the project – then Commodore Robert Empedrad – to attend a meeting in Malacañang to discuss the CMS selection.

The meeting was supposed to have happened on January 20, 2017.

Mercado himself said the presidential aide never approached him personally about the frigates project. It was Empedrad who was contacted by Malacañang.

It was Empedrad who replaced Mercado as chief of the Philippine Navy. In a written report dated January 23, 2017, Empedrad explained the position of the Philippine Navy on the selection of the CMS that would be installed in the ships.

The written report was addressed to the President and Go. – Rappler.com