Who is Carlito Galvez Jr, the next Philippine military chief? 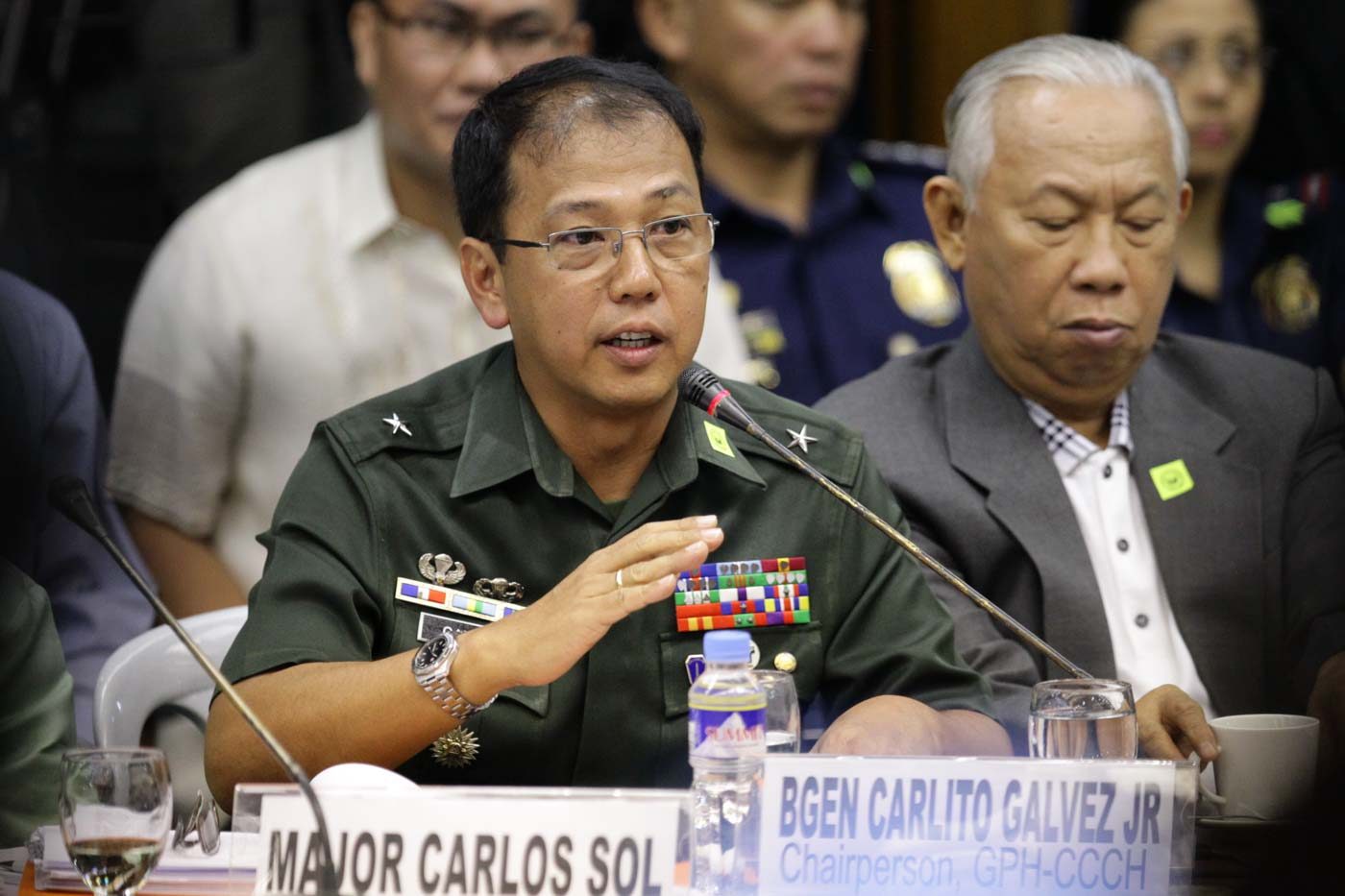 Facebook Twitter Copy URL
Copied
The general is a member of the PMA 'Sandiwa' Class of 1985. He also received higher education in Australia and various military and management trainings abroad including at the Harvard University.

MANILA, Philippines – The next chief of staff of the Armed Forces of the Philippines (AFP) is a battle-seasoned general with long experience in fighting local terrorist groups and engaging stakeholders to keep the peace in Mindanao.

Galvez graduated from the Philippine Military Academy in 1985, the “Sandiwa” Class. He received higher education in Australia and various military and management trainings abroad including at Harvard University in the US.

The bemedalled officer is also a recipient of the United States Eisenhower Fellowships in 2006.

Below are the positions Galvez held and the education and training he received.