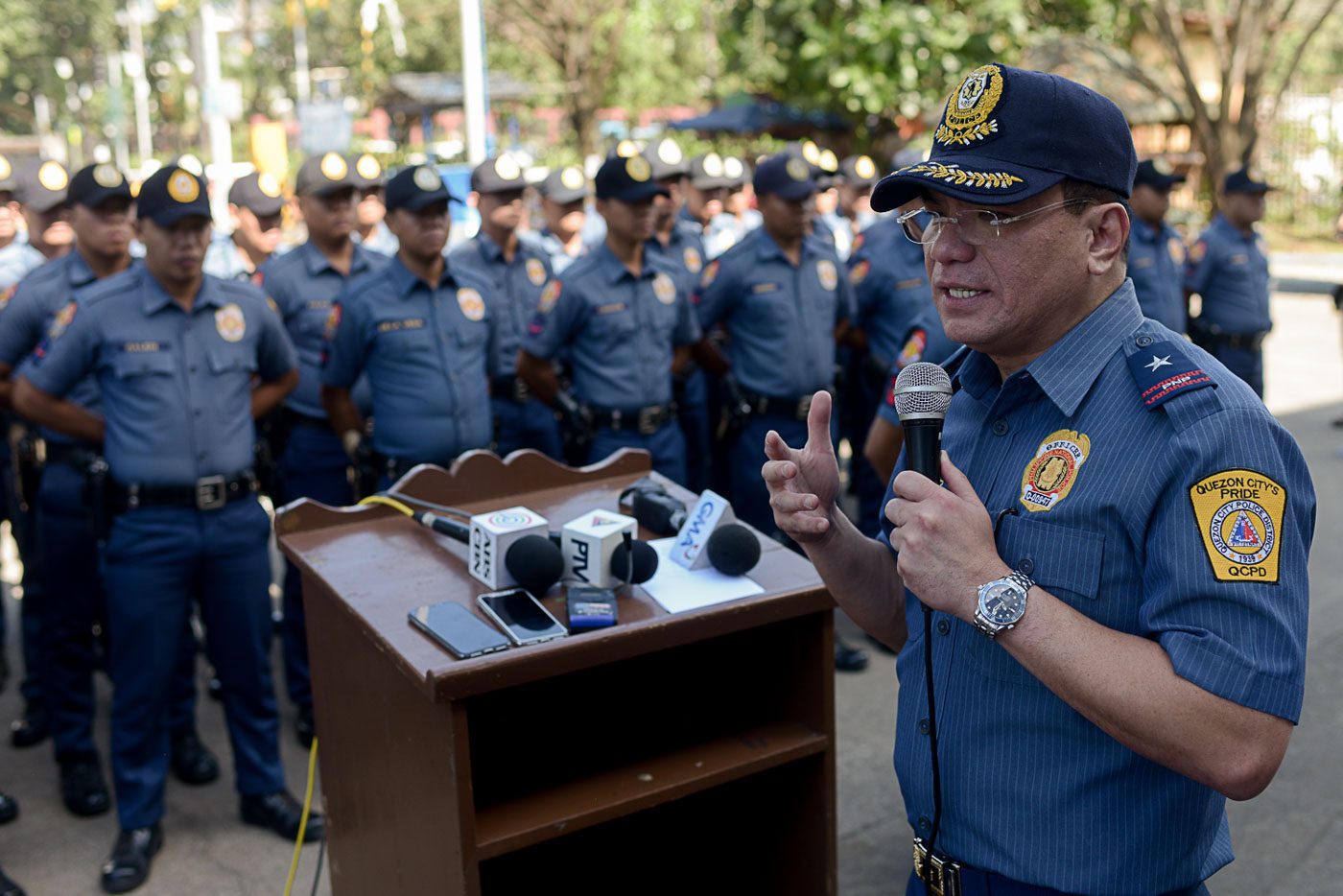 This development is among the promises of new top cop Albayalde, who vowed to bring to Camp Crame his stern style of leadership in the Metro Manila police.

The reassignments were based entirely on merit, Albayalde said, disregarding requests for longer stays or transfers to coveted posts.

Plucked from heading the Calabarzon regional police, he was tapped to lead the National Capital Region Police Office (NCRPO).

Eleazar, fondly called “Guillor” by people close to him, now watches over the country’s most populous, developed, and crime-ridden region. The new position paves the way for his promotion to a Police Director or a two-star police general rank.

Camp Crame sources have long said that Eleazar was bound to be the next NCRPO chief, though not as early as just 6 weeks after heading the regional police office in Southern Luzon.

Cascolan is part of the PNP-ruling PMA Sinagtala Class of 1986, a ‘mistah’ of current top cop Albayalde.

As a matter of courtesy, the PNP usually lets senior officials retire before replacing them. But Cascolan lost his post earlier than expected as he is not retiring until November 10, 2020.

Because of his rapid rise, Eleazar’s classmates from PMA 1987 jokingly hype him up as their “pambato” (bet) to be a PNP chief. The junior got the upper hand after he developed deeper ties with the police chief. The Albayalde-Eleazar comradeship, in fact, is out in the open.

Eleazar began frequenting Albayalde’s side when the former was Quezon City Police District (QCPD) chief and the latter, the Metro Manila top cop.

From there, both became familiar faces in Metro Manila’s unrelenting anti-illegal drugs campaign, tallying hundreds of kills and arrests from operations, and parrying criticism from human rights advocates. (READ: This is where they do not die)

Under Eleazar, QCPD garnered high trust ratings in police surveys requested by Albayalde. It was Eleazar who coined the QCPD tag line: “Proud to be QCPD.”

In his short stint in Calabarzon, he managed to earn catches that merited a press conference in national police base Camp Crame.

In all instances, he gained praises from Albayalde, who even once called on other regional directors to emulate Eleazar’s leadership.

He’s not from Metro Manila

Even if he considers Metro Manila as home ground, Eleazar is not a native of the capital region.

He is a proud son of Quezon province, hailing from Tagkawayan town.