A prayer interrupted: What we know so far in Father Nilo’s killing 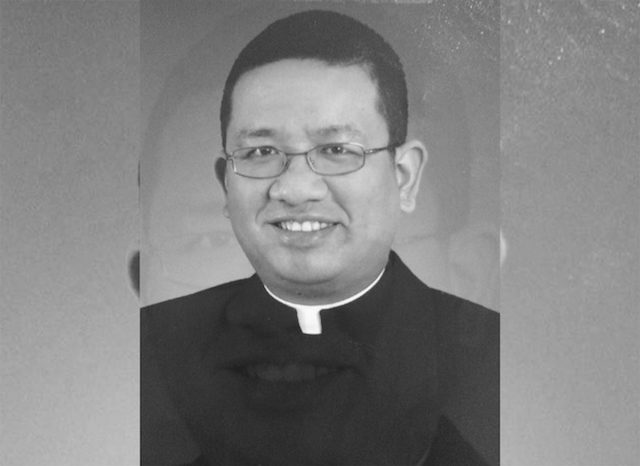 Facebook Twitter Copy URL
Copied
Nueva Ecija priest Father Richmond Nilo is shot dead on June 10, just as he was preparing to say evening Mass. There are now 8 suspects in the killing.

MANILA, Philippines – His death sent chills to the clergy.

Condemned by bishops as an “outrageously evil act”, the killing of 44-year-old Father Richmond Nilo is still an unsolved case for the Philippine National Police (PNP).

But after 3 weeks of sifting through documents, going around neighborhoods in Nueva Ecija, and releasing a misidentified suspect, the PNP reached a “breakthrough”, at least according to their top cop.

Surrounded by top police generals investigating the killing of the clergyman, PNP chief Oscar Albayalde revealed that they now have a motive to focus on, they have an alleged mastermind, and a self-confessed gunman in their custody.

During a one-hour Camp Crame press conference, Albayalde and his colleagues elaborated on the killing of Father Richmond Nilo. Here’s what you need to know.

Who was Father Nilo?

Father Richmond Nilo was known among priests and parishioners as the hardworking clergyman. He was the parish priest of the St Vincent Ferrer Parish, wearing the white robes of the Catholic clergy for 17 years already.

Colleagues describe Nilo as passionate about justifying the Catholic doctrine, frequently engaging in debates with leaders of other religions.

Unlike priests who would say Mass once or twice in their own home parishes every Sunday, he would literally go the extra mile and travel to remote barangays to say as many as 7 Masses.

How was Father Nilo killed?

The hardworking priest was shot dead through the side window of Mayamot chapel in Zaragoza, Nueva Ecija as he was preparing to say Mass on the second Sunday of June 2018.

He was shot 7 times before about 70 churchgoers, dropping dead at the foot of the chapel’s crucifix.

The suspect was able to flee the scene unidentified as the parishioners panicked from the shooting. Prior to the killing, suspects allegedly trailed Nilo to make sure it would be a successful hit.

Cops initially looked into 3 motives for the killing: a land dispute with his relatives, a rape case he revived against a former seminarian, and his criticism of the influential Iglesia ni Cristo. The PNP held on to the witness account of a sacristan, who stood just a few steps away from Nilo when he was killed.

The sacristan described the suspect’s appearance and cops produced a computerized composite sketch. With the drawing on hand, cops tracked down 27-year-old Adell Milan, a resident of neighboring San Isidro town and arrested him on June 14.

Through a statement released on June 15, the Central Luzon police regional office branded Milan as “a member of a gun-for-hire group and former drug surrenderer.”

Further investigation disclosed, however, that cops arrested the wrong guy, as the family presented evidence that Milan was not in Zaragoza when the killing happened.

Cops withdrew their case against Milan, but have not retracted their accusation that he was a hired killer and a former drug surrenderer.

Asked to explain the mistake, Albayalde said during the briefing that cops should even be praised for the “one commendable act” of continuing the investigation despite the quick arrest of Milan. Cops indeed did not stop with the mistaken arrest of Milan. Examining CCTV footage of the streets around the chapel, cops saw a motorcycle and a Nissan Sedan, and traced their owners.

The car was found to have been owned by at least 5 owners, the latest being a certain Omar Mallari who has had a standing arrest warrant for allegedly committing robbery with homicide. The owner of the motorcycle has been identified as a certain Michael Ocampo.

Under police custody, he confessed that he killed Father Richmond Nilo. The footage of his confession was shown during the briefing.

Apart from his confession, Mallari also named his alleged co-conspirators who made the killing of Nilo possible.

Why was Father Nilo killed?

Based on Mallari’s testimony, Nilo was ordered killed by a certain Manuel Torres apparently because Nilo revived a rape case against Torres’ ex-seminarian nephew, Christopher.

The case had been dismissed, CIDG chief Director Roel Obusan said, but was pursued once more by Father Nilo.

This apparently did not sit well with the elder Torres, as he allegedly promised to pay Mallari P100,000 if he could kill the persistent priest.

Torres has been arrested by cops, Corpus said, but he refused to comment on the accusations against him. Torres denied knowing Mallari, Corpus added.

Who are the other suspects? Where are they? 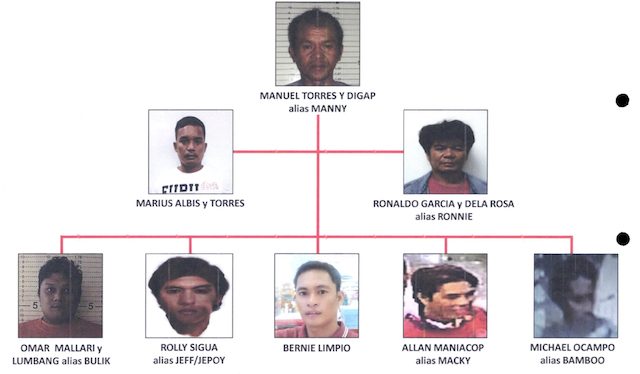 Given the many suspects on the loose, the case is not yet considered closed.

“It is not yet very safe to say na hanggang do’n lang (that it will end there). Investigators are looking at the arrest of other suspects para makita ang talagang motives [kay] Father Nilo (to find out the true motives for the killing of Father Nilo),” Central Luzon top cop Corpus said during the July 2 press conference.

After all, cops had already believed a wrong story and arrested the wrong suspect once. – with reports by Eloisa Lopez/Rappler.com