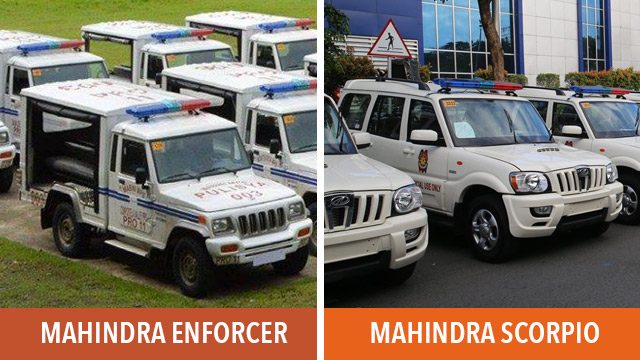 Facebook Twitter Copy URL
Copied
COA flags the PNP's purchase of 2,054 Mahindra vehicles in 2015. The PNP completely blames the DBM despite taking an active role in the procurement.

MANILA, Philippines – It was the vehicle brand of the top officials of the Philippine National Police (PNP), and the brand of patrol cars used by operatives in key police stations across the country.

Now it is a brand, in the PNP at least, associated with awry procurement practices.

The Commission on Audit  (COA) has sounded the alarm on the PNP for purchasing in 2015 over 2,000 Mahindra patrol vehicles worth P1.89 billion without going through important steps in procurement so that taxpayers’ money could be used for the best.

The questionable deal was done in two tranches.

The first in March 2015 by the PNP through the Procurement Service of the Department of Budget Management   (PS-DBM), purchasing P1.54-billion 1,656 Mahindra Enforcers—patrol vehicles intended for police stations nationwide.

The second was done in December 2015 by the PNP on its own, buying P349-million 398 Mahindra Scorpios—SUVs intended for ranking PNP officers.

The vehicles are easy to spot, especially inside and around Camp Crame, standing out as the square and compact white cars usually attached with patrol lights.

In its audit report accessed by Rappler on Tuesday, July 3, COA said the PNP in the first tranche skipped an “operations needs assessment,” a step the auditing body said is an “essential task in procurement planning.”

An “operations needs assessment” procedure is essentially auditing the needs of the PNP.  This step would ensure that multimillion spendings would respond to a need. In this case, COA said, the PNP should have at least asked police stations the following basic questions:

The COA pointed out that the PNP did not ask local police stations what they needed before writing a recommendation to the DBM. Instead, COA said, the PNP transmitted minimum requirements prescribed by the National Police Commission (Napolcom).

The standards set by the Napolcom, COA said, were too low, and “appeared to have no reasonable basis as such would neither upgrade nor improve the agency’s current inventory of patrol vehicles.”

Despite this flawed advisory from the PNP, the DBM went forward with the first tranche of the multibillion-peso procurement with the questioned standards.

The PNP through the DBM closed the deal with the Columbian Autocar Corporation  (CAC), the exclusive distributor of Kia cars in the Philippines, and the owner of the professional basketball team of the same name. 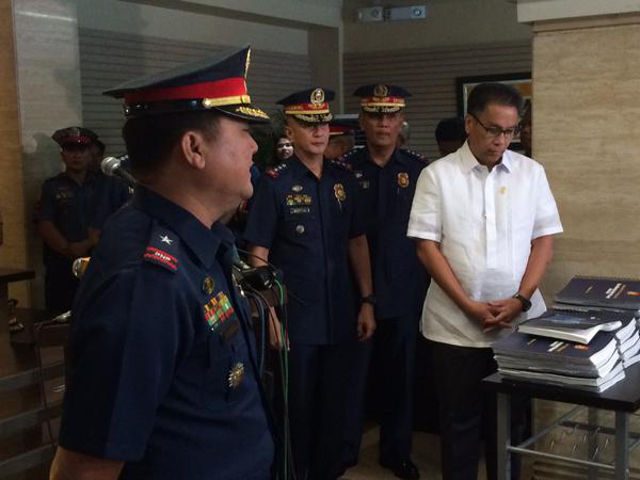 Trouble in procurement led to trouble in the field.

Because of these lapses, the COA found out that the PNP’s top officials received complaints about the vehicles from police stations across the country as early as just 4 months after these were distributed. The reports pointed to defects and the difficulty to look for spare parts for the vehicles.

Back then, in fact, there were already calls for a probe into the procurement of the vehicles, with the main accusation being that the vehicles were “too expensive.”

Months later, the PNP would still purchase the higher-end Mahindra Scorpios, with the same supplier winning in the bidding process.

“PNP has been aware of the current defects of the earlier delivered Mahindra Enforcers and should have been a warning to take a second look on the capability and reliability of the Mahindra manufacturer and the vehicles themselves,” the COA said in its report.

This could have been remedied, COA said, with a “performance review and further evaluation as to the quality and reliability of the Mahindra vehicles.”

COA saw the problems of the vehicles as it sent auditors to inspect and speak with drivers of Mahindra vehicles in 6 municipalities in Pampanga.

Barely 3 years since the vehicles’ purchase, the COA found the following glaring problems:

The COA also spoke with 1,300 PNP personnel on the patrol vehicles and found out that 57.2% are unsatisfied with the vehicle. Only 15.96% were satisfied, while the rest were undecided.

According to operatives Rappler spoke to, their problem mainly was with the Mahindra Enforcer patrol cars.

“Ang hirap niyang gamitin, at mahirap mahanapan ng replacement kung may nasisirang parte (It is hard to use and it is difficult to look for a replacement when a part is damaged),” one provincial cop told Rappler in a phone interview.

Grand plan tainted?
The PNP receives the bulk of the budget of the Department of the Interior and Local Government, one of the government’s departments that gets the largest share of Filipinos’ taxes.

Cops made the purchase as part of the PNP’s Capability Enhancement Program (CEP) which aimed to modernize police equipment in the country. The billion-peso purchase was made, COA said, with the PNP’s goal to distribute one Mahindra vehicle to all municipal police stations in the country.

The importance of transportation assets of the PNP and its thorough procurement cannot be understated, as cops depend on transportation to quickly respond to crime.

The COA said this much in their report:“Mobility assets play a significant role in assisting the agency in performing its functions to enforce the law, maintain peace and order, promote traffic safety, control of firearms and explosives and others.”

This goal of helping stations, however, has been marred with complaints. The PNP completely blamed the DBM for the purchase of the Mahindra cars.

“We have to emphasize that the procurement of Mahindra, from the bidding process until its procurement was not done by the Bids and Awards Committee by the Philippine National Police but by the procurement service of the Department of Budget and Management,” PNP spokesman Senior Superintendent Benigno Durana said in a briefing on Tuesday, July 3.

As already made clear by the COA, however, the PNP managed the procurement of the 2nd batch of Mahindra vehicles.

Asked why the PNP skipped the essential needs assessment, Durana said he did not know.

According to PNP Logistics chief Director Jovic Ramos, the Office of the Ombudsman has already begun probing the case. Ramos promised cooperation from the PNP.

Sealing its distrust on the supplier, the PNP has banned CAC from bidding in future PNP projects.

Who were the PNP officials that made the Mahindra deal possible? From the procurement of the first tranche to the distribution of vehicles from the second tranche of the deal, the PNP saw the leadership of at least 3 chiefs: Alan Purisima, Leonardo Espina, and Ricardo Marquez.

The PNP has no internal probe on the procurement, and the PNP is not considering demanding a refund from the CAC, Durana admitted.

Instead, the PNP will continue to use the Mahindra vehicles until they are completely worn out, with or without complaints. – Rappler.com

Top Graphic: IRREGULAR DEAL? The PNP spent P1.89 billion on Mahindra vehicles allegedly without a needs assessment before their purchase and an evaluation as they were used. Photos from PNP; Graphic by Ernest Fiestan/Rappler