MANILA, Philippines – Former president Gloria Macapagal-Arroyo became the first female Speaker of the Philippines’ House of Representatives, a feat that she earned in a bizarre leadership revamp in the lower chamber on Monday, July 23.

She is also the first former Philippine head of state to become Speaker.

The last time this happened was in February 2008, during Arroyo’s presidency, when then Davao City congressman Prospero Nograles replaced Pangasinan representative Jose de Venecia Jr as Speaker in the aftermath of the botched NBN-ZTE deal controversy.

And, to push this just a bit, Arroyo is likewise the first public official charged with plunder to become Speaker. The Supreme Court eventually acquitted her in July 2016, shortly after Duterte became president. (READ: SC acquits Gloria Arroyo of plunder, sets her free)

These many firsts are no match to the drama that accompanied her assumption to the post on Monday.

Hours before President Rodrigo Duterte’s 3rd State of the Nation Address (SONA), Mrs Arroyo, who represents Pampanga’s 2nd district, took her oath as Speaker at the House rostrum – despite efforts by Pantaleon Alvarez, the man she would eventually replace, to block it.

Arroyo had mustered enough numbers to oust Alvarez by Sunday, July 22, according to sources. A confident Alvarez would only realize how serious the plot was late Sunday night, the same sources added.

On Monday morning, Alvarez’s allies did not give the Arroyo bloc a chance to put the speakership to a vote, suspending the House session. But Arroyo’s allies resumed the session in the afternoon and voted her to office. 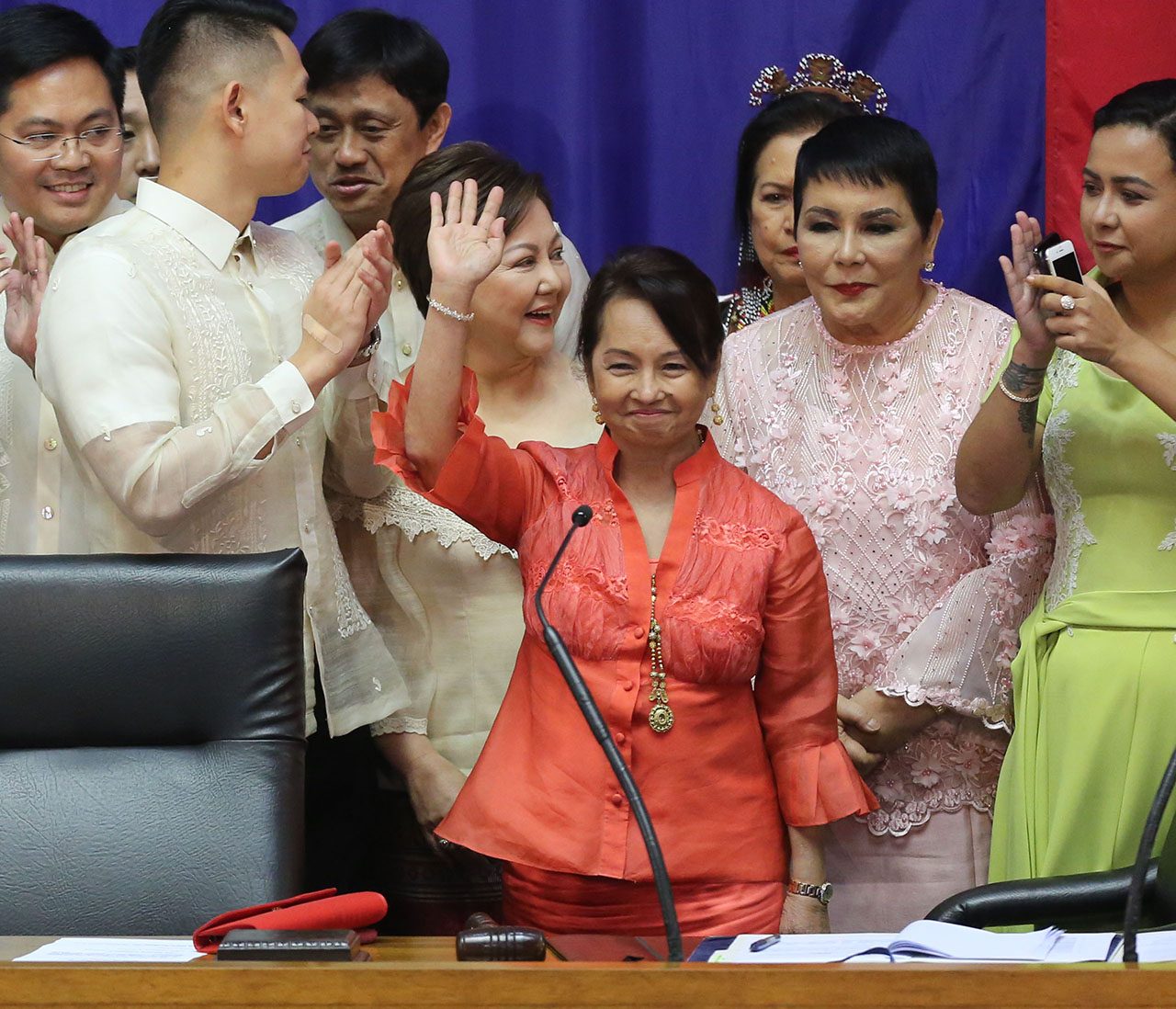 By the time the President arrived at the Batasan Pambansa for his SONA, Arroyo had already taken her oath. Alvarez, a longtime ally of the President from Davao, would hear none of it.

It was only shortly before 9 pm of Monday that Arroyo, who is on her last term as Pampanga representative, officially became Speaker of the House.

Arroyo first became president in 2001, after a civilian-backed revolt that ousted then president Joseph Estrada. She was Estrada’s vice president.

She got elected to a fresh term in 2004, but her victory was marred by allegations of fraud.

In October 2012, she was put in hospital detention in connection with a plunder case filed against her, over the alleged misuse of Philippine Charity Sweepstakes Office funds during her presidency. – Rappler.com