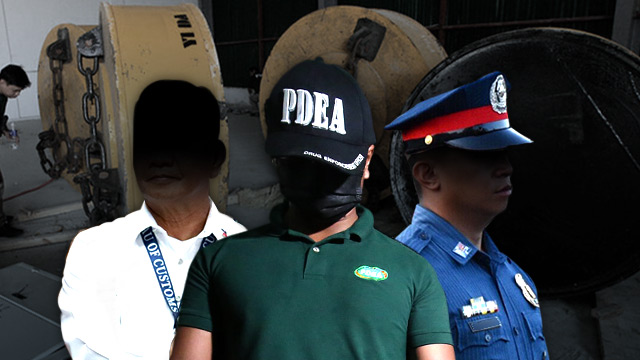 MANILA, Philippines – It could have been the biggest drug bust of the Duterte administration – a ton of shabu (methamphetamine) packed inside magnetic metal lifters smuggled through the international port terminal of national capital Manila.

But when the frontline anti-drug agencies, the Philippine Drug Enforcement Agency (PDEA) and the Philippine National Police (PNP) tracked them down, they found only hollow containers.

PDEA estimated that they lost shabu worth P6.8 billion, and it has most likely penetrated the streets of Metro Manila. It’s one of the biggest drawbacks in the anti-drug campaign, which, just a few weeks ago, the President had promised would be relentless and chilling.

Now, at least two bodies have launched a probe into what has been dubbed a “failure of intelligence”: the low-key National Bureau of Investigation and the House of Representatives, which will conduct a public hearing on the issue on Tuesday, August 14.

What started as a promising drug bust ended with empty containers, proof of lack of coordination among the country’s frontline anti-drug agencies.

How did it happen? Here’s what you need to know.

How was the shipment able to slip past Customs? 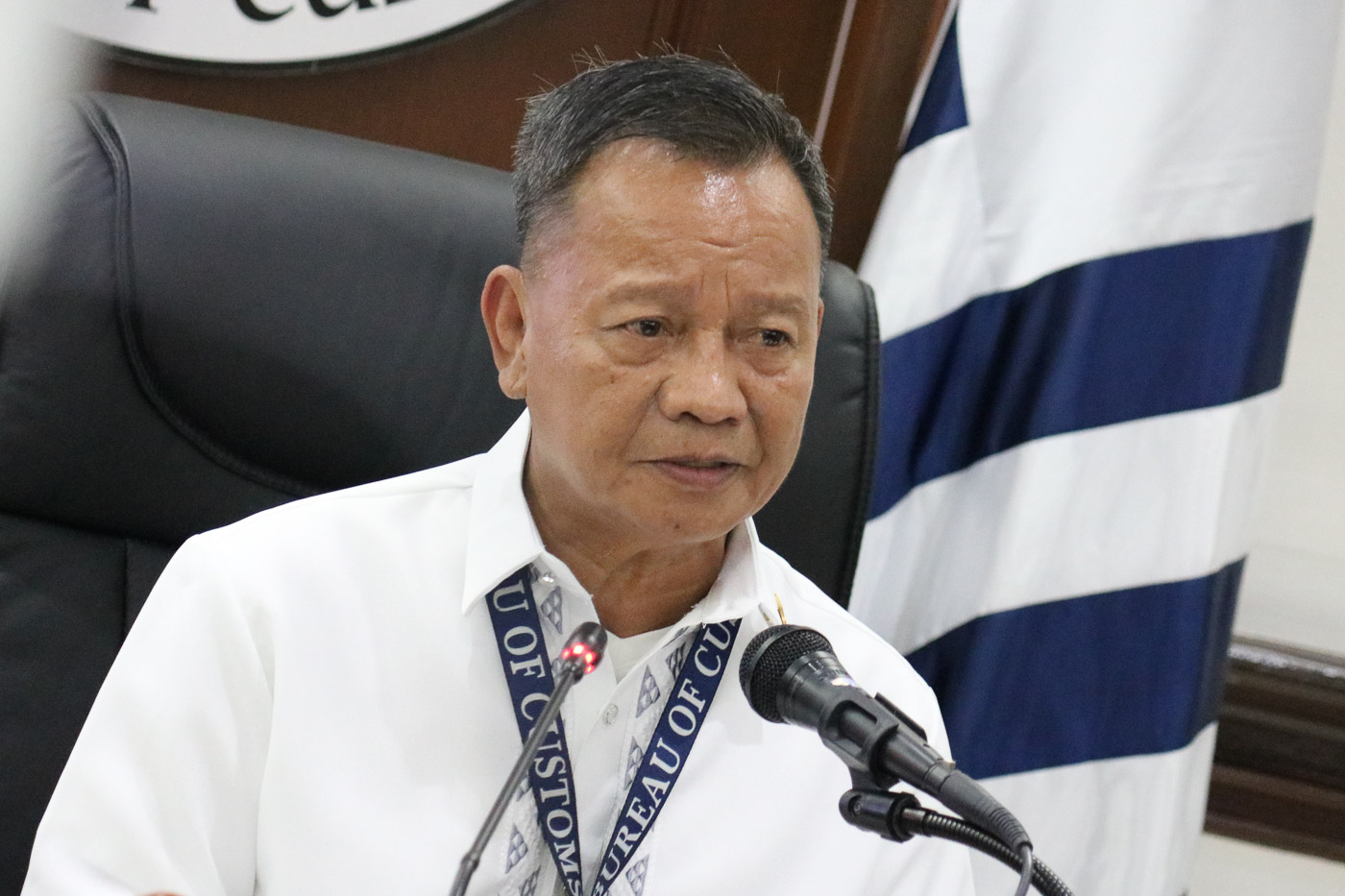 Customs chief Isidro Lapeña said the magnetic lifters were brought to the country from Taiwan on July 11, consigned to a certain SMYD Trading.

The shipment – assessed on July 12 and its release order published on July 13 – was red-tagged, requiring “non-intrusive examination” only.

The Customs officials did not explain why their X-ray scanners failed to penetrate the magnetic lifters inside.

“These are, in fact, magnetic lifters,” Customs spokesman Erastus Austria said on Saturday, August 11, as he flashed a photo of their X-ray scan showing black silhouettes of the 4 giant magnets.

Because there was nothing “suspect” after they followed procedure, Austria said it was only normal for them to clear the shipment for release.

How was it tracked down?

The containers were traced to the warehouse-packed CRS Compound in General Mariano Alvarez (GMA) in Cavite thanks to its unnamed maintenance personnel.

On August 7, the PDEA, PNP, and BOC successfully intercepted another shipment carrying 500 kilograms of shabu at the Manila International Container Terminal (MICT).

As the feat was broadcast nationwide, GMA top police Chief Inspector Romulo dela Rea said personnel from the compound recognized similar-looking magnetic lifters as recent deliveries in one of the warehouses.

(They were able to recognize what they saw on television so they went to their boss, and their boss went to the barangay captain. The captain went to me.)

The passage of information happened on August 8, which led to police securing the warehouse and gathering witnesses on the same day.

Also on August 8, the information was relayed to higher-ups of the PNP and the PDEA, who would later be revealed to have held intelligence reports on the shipment as early as July 16.

Was shabu inside the lifters? 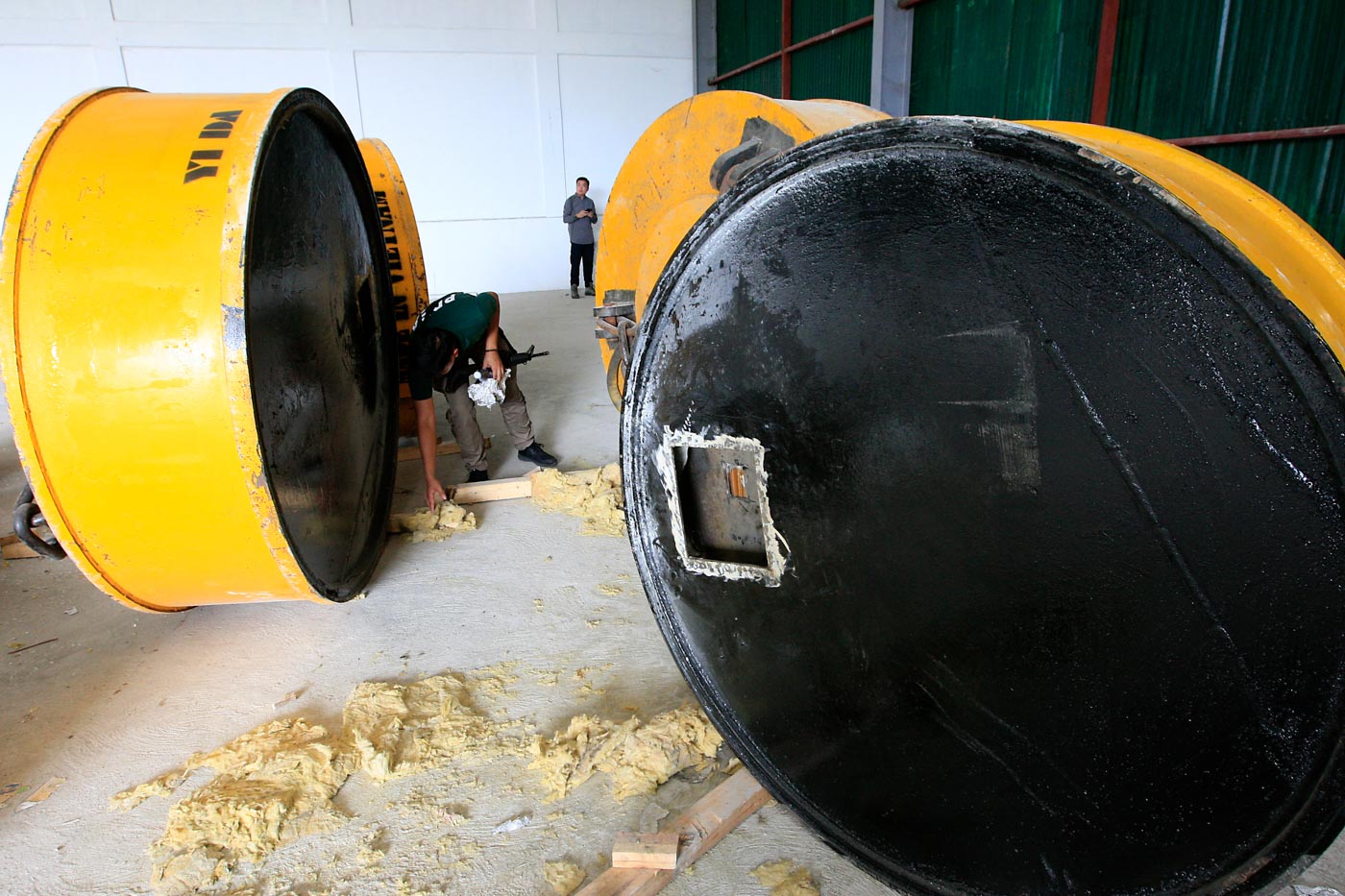 The contents of the magnetic lifters are still a point of contention, at least for the PNP.

According to PNP chief Director General Oscar Albayalde, because no one actually saw what’s inside, authorities could not confirm with certainty that the hollowed lifters carried shabu, more so huge amounts of the drug.

PDEA, however, is confident that narcotics were stuffed inside the giant yellow magnets, citing similarities in packaging with the batch of containers they successfully intercepted on August 7.

“It’s just the same. The same, exactly the same. It’s magnetic lifter, which has a power supply. It also has cables, the same cables. The color of these magnetic lifters, the same,” PDEA chief Director General Aaron Aquino said in a mix of English and Filipino during the briefing on the empty containers on Friday, August 10.

Aquino continued, saying that the lifters bore the same markings as their first catch, and they found the same traces of packaging: asbestos fibers, aluminum foil, and plastics.

The PDEA also confirmed that shabu was inside the magnets with their drug-sniffing dogs, which “reacted” to the vessels when they were brought to the warehouse.

Who are the suspects?

The PDEA counts at least 7 persons of interest in the smuggling of the shabu, according to a list supplied by the anti-drug agency.

The most high-profile so far is a certain Chung-Chun Hsu, identified as the owner of the company which rented out the warehouse, Red Day Machinery Parts Corporation. The PDEA identified two cohorts of Hsu: a certain Roy Wang and a certain Fong.

Some “4 unidentified Chinese-looking personalities” are also in their checklist of people to talk to.

During the briefing on the hollow containers, Aquino referred to them as members of a “Chinese syndicate”, which the PDEA believes is a certain “Golden Triangle syndicate.”

He said the suspects rented the warehouse beginning May 12, 2018 for P150,000 a month, but came only on July 11 supposedly to bring in drug-unpacking tools.

Matching the BOC’s timeline, PDEA said the group allegedly unpacked shabu on July 15 and was done by 10 pm the same day. Citing witness reports, Aquino said the group used 17 large trolley bags to take the shabu away aboard “a Fortuner, Everest, and [an] Expedition.” 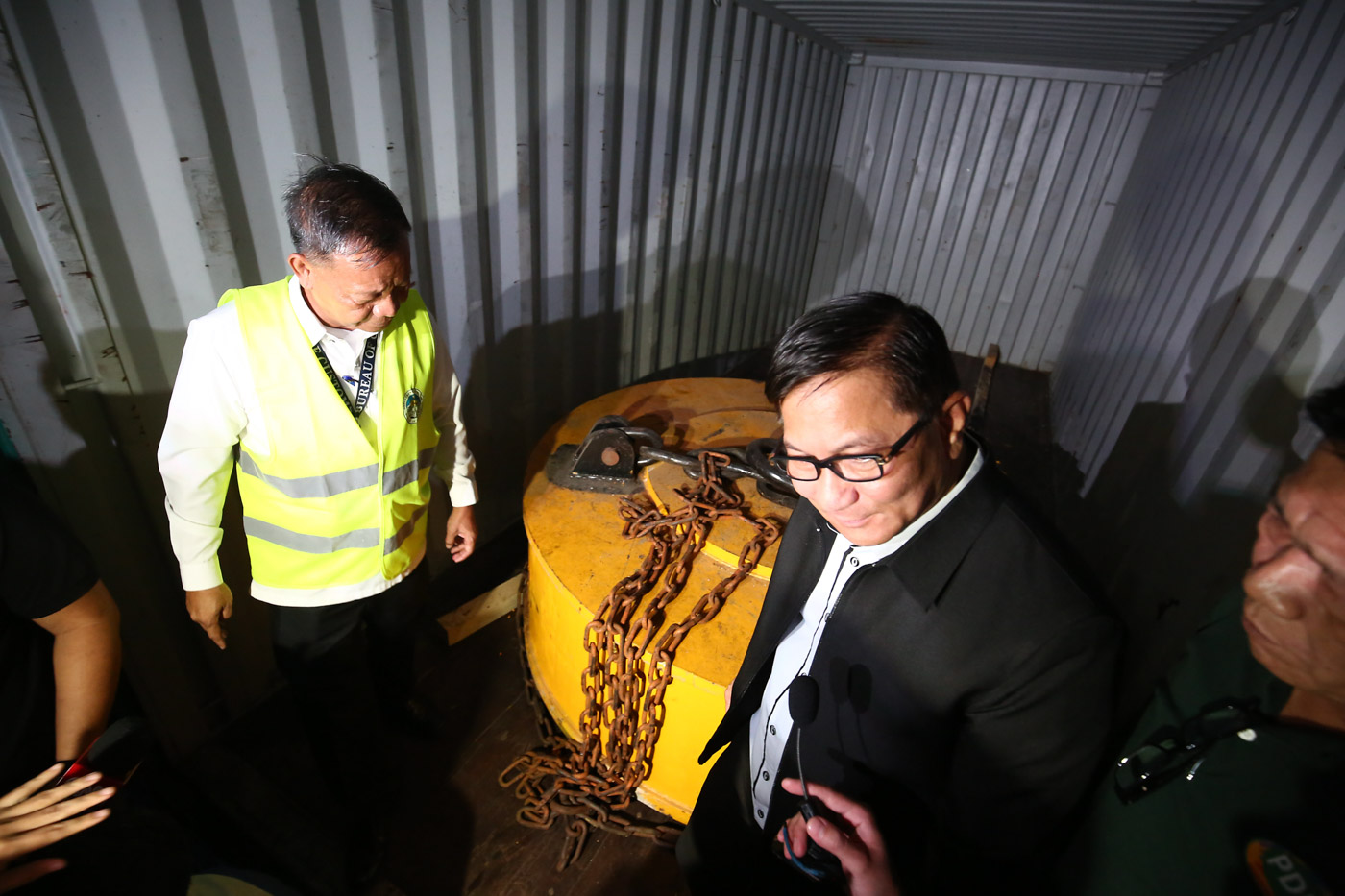 The PDEA blames corrupt insiders from the Bureau of Customs.

(It just shows that there really are still corrupt employees at Customs. There really are people facilitating and assisting international drug syndicates to release, to slip drugs through the port area.)

The Bureau of Customs, meanwhile, blames the PDEA and PNP for failing to immediately share intelligence with them.

“Without any intelligence received that there is anything that is inside these magnetic lifters, it would be impossible for us to determine what the contents inside really are,” Customs spokesman Austria said in their briefing.

Customs chief Lapeña meanwhile called on law enforcement agencies “to immediately forward any information to us, so our mechanisms can come into play.”

Aquino admitted in a text message to Rappler that PDEA and PNP got intelligence information about the shipment on July 16 – two days after it got out. They did not share the information with the BOC until two days after, on July 18. By that time, It was already too late to hunt down the alleged illegal drugs.

Aquino said they did not share the information because it was still hearsay. He explained, “All info should be subjected to validation. Once it’s complete then we can share intelligence which are confirmed and reliable.”

What are questions that need to be answered?

– with reports from Eloisa Lopez/Rappler.com