EXPLAINER: Who’s supposed to be in charge during disasters?

Aug 14, 2018 6:48 PM PHT
Sofia Tomacruz
Facebook Twitter Copy URL
Copied
Several government agencies should be carrying out coordinated operations before, during, and after an emergency to reduce risks and immediately respond to victims' needs

MANILA, Philippines – When over half a month’s expected rainfall poured in a single day over several regions in the Philippines on Saturday, August 11, response from the government’s disaster management agency the National Disaster Risk Reduction and Management Council (NDRRMC) was wanting.

With massive floods in Metro Manila and Rizal, alerts were sounding, rivers were rising, and residents were forced to leave their homes. The Philippine Atmospheric, Geophysical, and Astronomical Services Administration (PAGASA) issued several rainfall advisories on the same day, raising warning levels from orange to red.

In an ideal scenario, the NDRRMC would have gone on red alert as soon as PAGASA issued its red rainfall advisory – thus commencing 24/7 operations needed to respond to the emergency. (FAST FACTS: The NDRRMC)

Yet the NDRRMC’s reponse was delayed as it announced it was on red alert a day later on Sunday, August 12.

What should the public expect when emergency or calamity occurs and who’s supposed to take charge?

Rappler breaks down the NDRRMC’s National Disaster Response Plan, which outlines how the government is supposed to respond at the national and local levels in times of emergency:

What it is: The PDRA-APP, internationally known as “Emergency Response Preparedness”, is the first activity carried out in disaster response and preparedness. This should happen before the event of a hazard or emergency.

The PDR-APP is a process where hazards such as a natural disasters, accidents, conflict, or man-made emergencies are assessed to determine its possible risks.

In 2014, the NDRRMC made it a requirement for concerned officials to carry out the PDRA-APP to properly prepare and respond to emergencies. 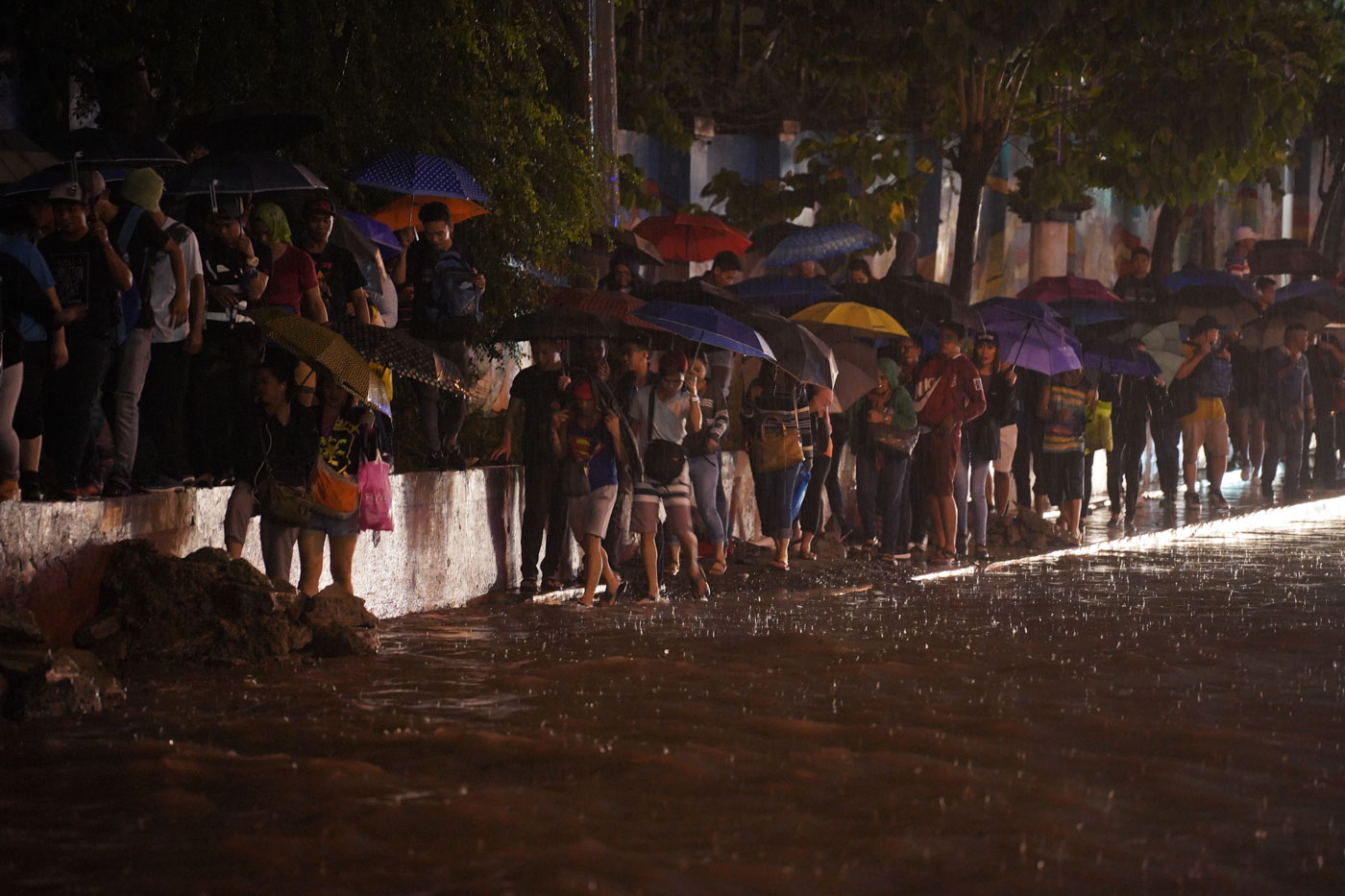 Trigger: Different emergencies call for the PDRA-APP to be conducted before the onset of potential hazards. In the case of hazards brought about by weather conditions, this is usually conducted 3 days prior to landfall of a typhoon or upon PAGASA’s early warning.

It can also be carried out upon the NDRRMC’s advisory.

Who’s in charge? The PDRA-APP is convened by Department of National Defense-Office of Civil Defense (DND-OCD) administrator Ricardo Jalad, who sits as NDRRMC executive director.

It can also be convened by the secretaries of the Department of Social Welfare Secretary (DSWD) and Department of the Interior and Local Government (DILG), who both act as the NDRRMC’s vice chairpersons for response and preparedness, respectively. Currently, the DSWD is headed by Acting Secretary Virginia Orogo while the DILG is headed by Officer-in-Charge Eduardo Año.

The PDRA-APP core team is also composed of representatives from the following member agencies:

What happens: At this stage, officials from member-agencies assess the potential impact of a hazard and plan how to move ahead.

Here, agencies determine the appropriate level of response from government at the national and local levels. Action plans are usually based on historical data from past emergencies and possible scenarios and risks. LGUs are also assumed to have crafted disaster response and management plans.

At this point, plans should include actions needed for minimum preparedness, response, and contingency planning. These should be hazard-specific, area-focused, and time-bound.

This is a crucial step in disaster response as it focuses efforts on being prepared for hazards, rather than response to emergencies. It’s also essential to achieving the government’s goal of “zero casualties.”

Once a hazard is detected and monitored, early action is required – moving officials to the second  phase in disaster response:

What it is: During a typhoon’s landfall or the onset of an emergency, several teams are deployed to respond to affected civilians. 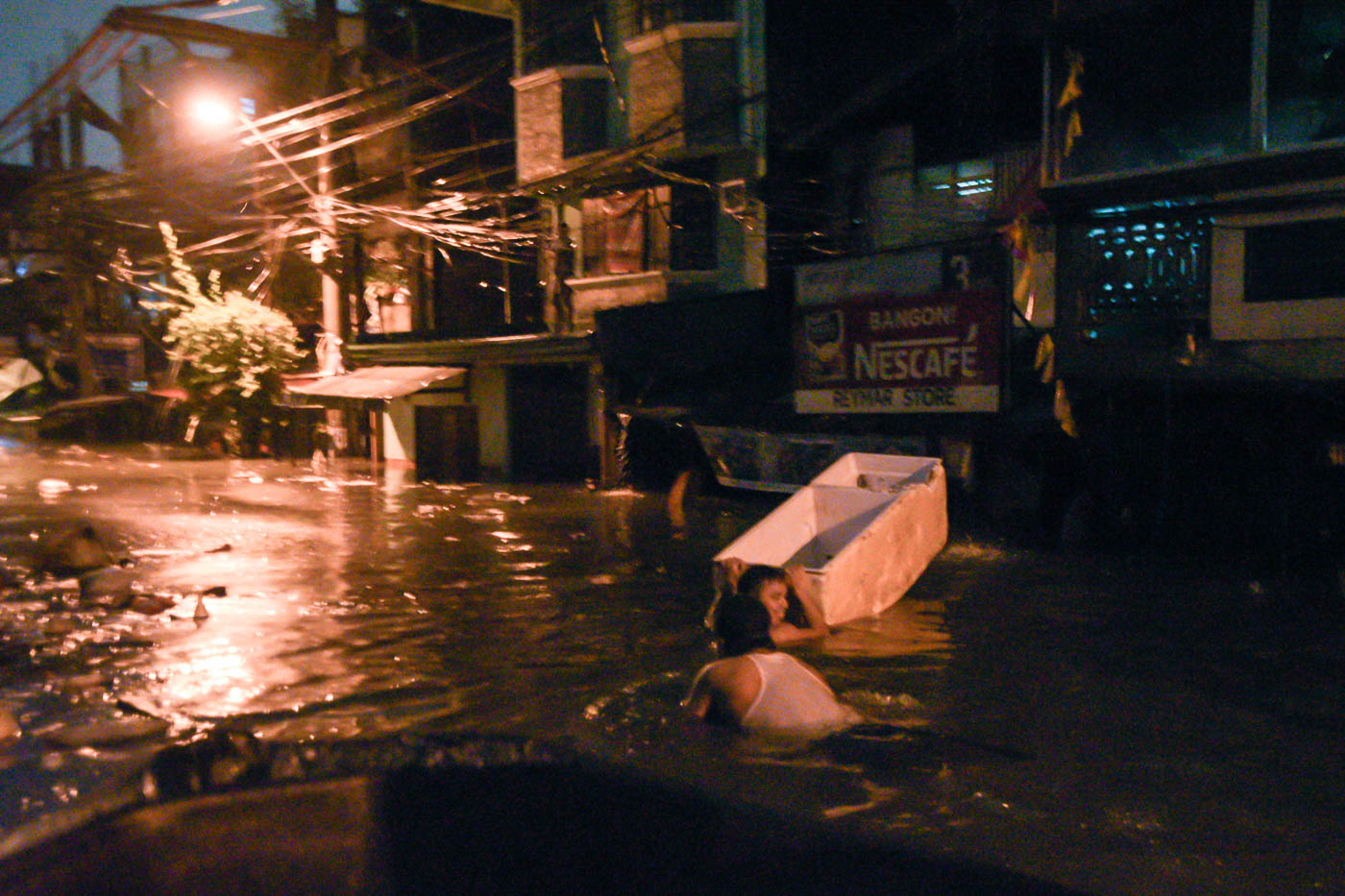 This is when crucial response and relief is provided to individuals in affected areas.

Trigger: Requests for assistance from local government units (LGUs), absence of information or communication from affected areas, or results from rapid damage and needs assessment reports may call for the activation of the response cluster and IMTs.

The National DRRMC is usually activated when two or more regions are affected by an emergency.

Who’s in charge: DSWD Secretary Orogo, who sits as the NDRRMC Vice Chairperson for response is in charge of activating the response cluster. IMTs, meanwhile, are activated by NDRRMC executive director Jalad.

How? Resources and personnel during emergencies are provided to IMTs by response clusters. 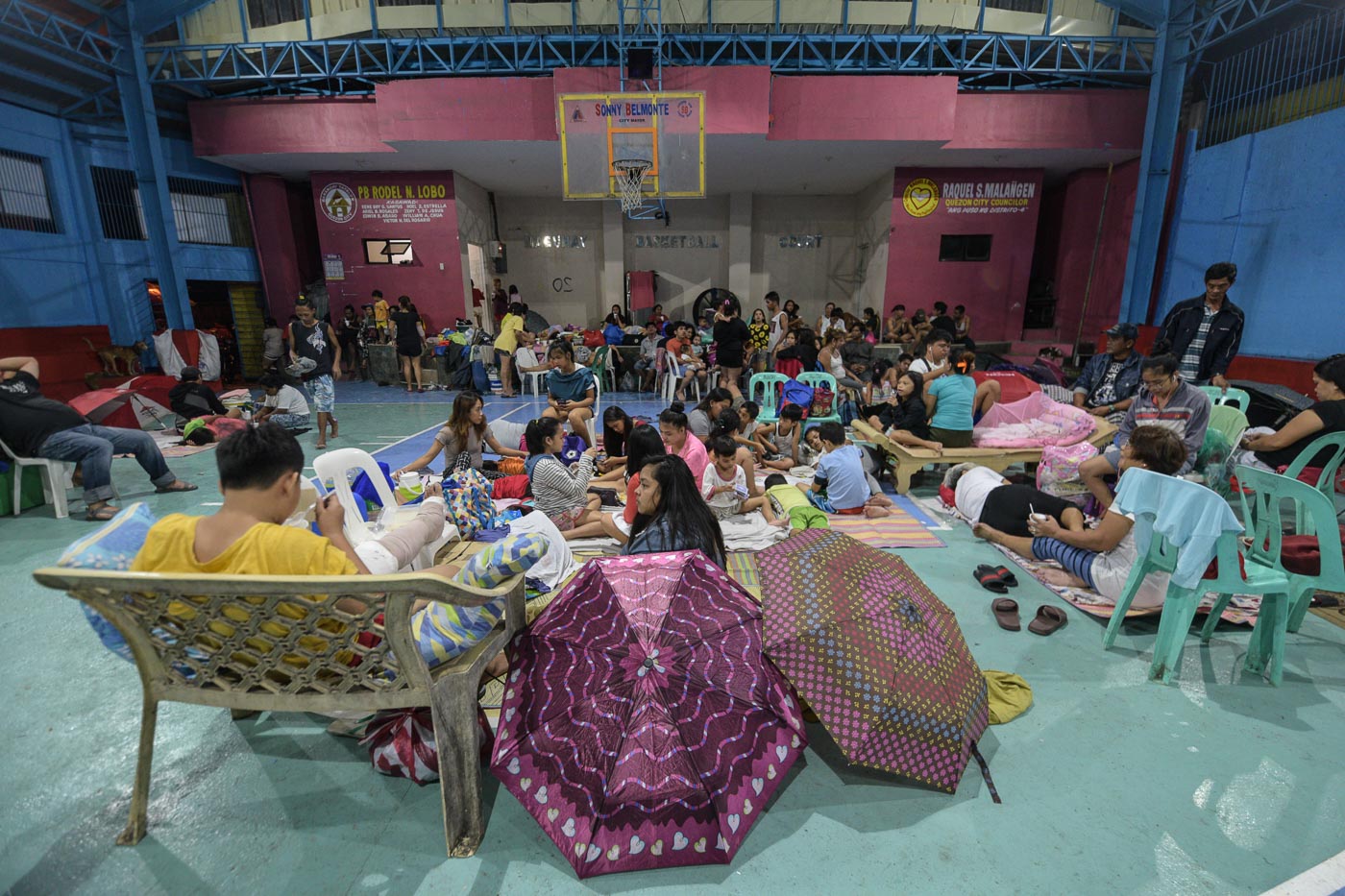 What happens: When the response cluster and IMTs are activated, there are two scenarios on the ground – either additional assistance or augmentation is given to affected LGUs and regions, or the NDRRMC assumes command of response activities.

Additional assistance is usually provided based on the results of damage assessment reports done by affected LGUs or regions. This is validated by response cluster leads and members of IMTs.

In this case, the NDRRMC may step in based on the declaration of a state of calamity, requests for additional response from regional DRRMC teams, or upon the directive of the defense secretary who sits as the NDRRMC chairperson, or its executive director.

The NDRRMC also takes over if no information or communication is received from an affected area within 6 to 12 hours after a typhoon’s landfall. In this case, rapid deployment teams (RDTs) are deployed on the 12th hour.

At this point, RDTs on site conduct a rapid damage-and-needs assessment to determine the following:

RDTs also play a key role in determining the emergency site plan which includes where the 11 response clusters can operate on site, and identifying emergency power and fuel stations. 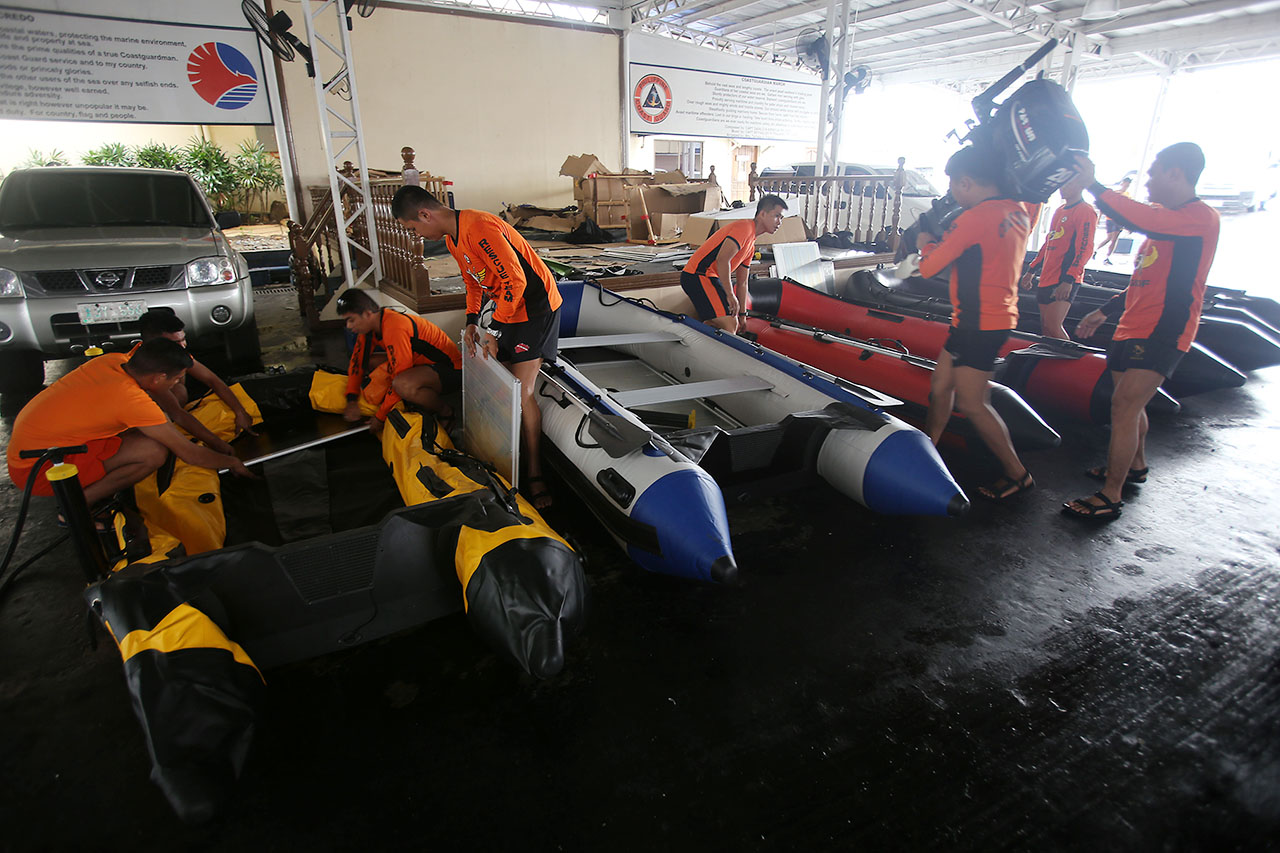 When the RDT completes its assessment, results are given to the NDRRMC. These requirements are discussed by the NDRRMC vice chairperson for response, who then cascades instructions to response clusters within 24 hours to immediately mobilize resources and manpower.

Among the first responses to be carried out is the mobilization of the law and order cluster to restore peace and order in the affected area. Other clusters should also activate teams to replace the RDT on ground within 7 days of operation.

In either scenario of augmentation or assumption of control, support should be given through the directive of cluster leads, the NDRRMC chairperson, executive director, and vice chairperson for response; and the president of the Philippines.

For international humanitarian aid, offers and requests for such should be approved by the president.

Once displaced residents return to their homes, search and rescue operations decrease, and businesses start to operate, a sense of normalcy is established, allowing agencies to enter into the next phase: “early recovery.”

What it is: This point marks the 3rd phase of the national disaster response plan and the start of the transition to recovery and rehabilitation. 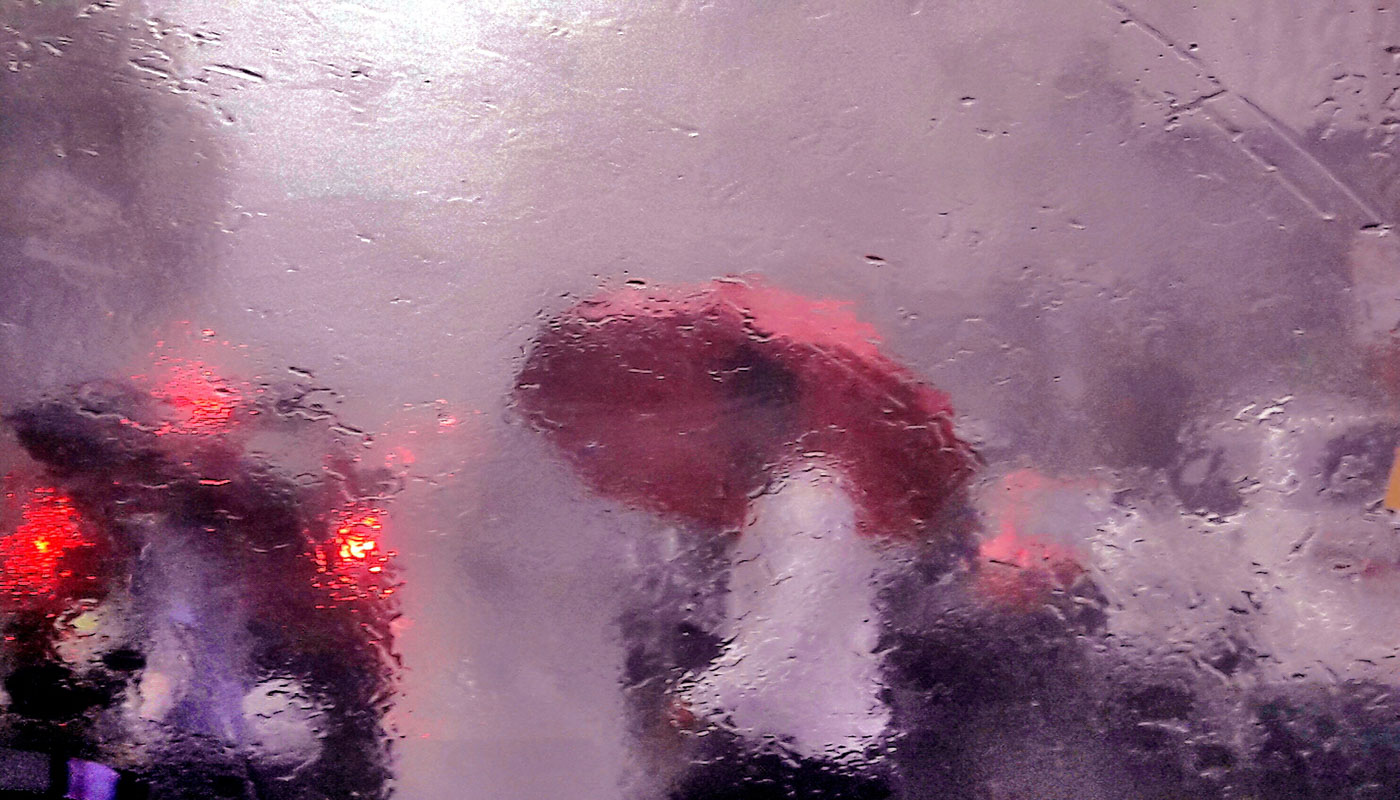 Here, cluster teams slowly move out and cut down operations carried out during the response cluster and IMT activation phase as “early recovery” takes place.

Triggers: This happens when LGUs and regions are functioning, requests for assistance decrease, some livelihood resumes, and communication lines and basic services are reestablished.

Who’s in charge: DSWD Secretary Orogo, as NDRRMC vice chairperson for response, should deactivate the response cluster upon the recommendation of cluster leads.

In the event of a typhoon, this can happen when it has weakened or is no longer in the Philippine area of responsibility.

What happens: At this point, post-disaster activities happen. These include the start of post-disaster needs assessment (PDNA) and review of response clusters’ activities.

Here, post-disaster needs are evaluated upon transition to the post-disaster phase – which is declared by either Defense Secretary Delfin Lorenzana as NDRRMC chairperson, NDRRMC executive director Jalad, or NDRRMC vice chairperson for response Orogo. PDNA teams are organized by the OCD.

Response clusters should also start reviewing operations to document lessons learned and best practices, which the NDRRMC can refer to when further improving policies.

At this stage, the National Economic and Development Authority (NEDA) begins to step in when risks have been addressed and emergency responses have been carried out. NEDA Director-General Ernesto Pernia’s participation as NDRRMC vice chairperson for rehabilitation and recovery should effectively signal the move from the response phase to the rehabilitation phase. 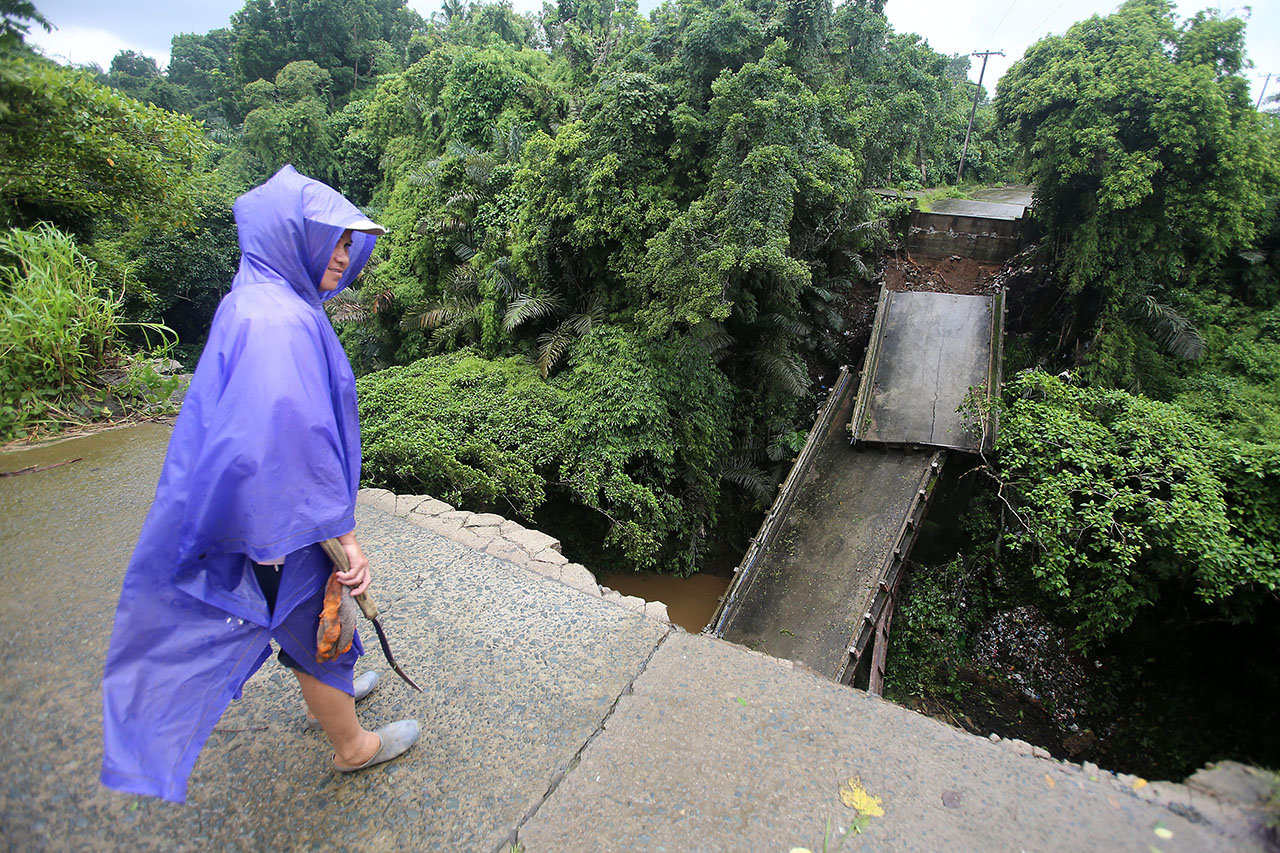 According to the NDRRMC, the entire disaster management plan – from assessing and preparing for risks to responding during emergencies, and later slowly pulling out to move toward rehabilitation – has no set timeline.

Oftentimes, these 3 phases overlap. Therefore, the key to its success is the sharing of timely information and support from different government agencies.

In times of emergencies and natural disasters, how well this process is carried out may determine how many lives are lost or saved. – Rappler.com

TOP PHOTO: EVACUEES. Some 260 individuals from 111 families evacuate at the Mabuhay Basketball Court in Tatalon, Quezon City as 4 to 5-meter-high flood waters inundate their homes due to heavy rains caused by the southwest monsoon on August 11, 2018. Photo by LeAnne Jazul/Rappler