Twin tragedies: How Itogon and Naga landslides are alike MANILA, Philippines – In the span of a week, two massive landslides hit the Philippines, killing at least 90 people, with dozens still missing.

Up north in Benguet on September 15, the land in Barangay Ucab in Itogon town collapsed on a mining community seeking refuge in the chapel area of their bunkhouse.

Five days after in Central Philippines, the earth swallowed about 30 homes in Barangays Tina-an and Naalad in Naga City in Cebu Province.

Despite the days and thousands of kilometers in distance, these landslides are not isolated from each other. They share the same causes and leave the same lessons for disaster preparedness and response.

Disaster scientist Mahar Lagmay, who has been to both sites to assess what happened, even went as far as saying in a phone interview with Rappler that they are the “same.”

So how are they alike? Why is this a cause for concern? Here’s a comparison of the two disasters:

Both the Itogon and Naga landslides were triggered by their mountainsides getting soaked with water.

Itogon’s was triggered by the rainfall of Typhoon Ompong (Mangkhut), while Naga’s was by the rains brought by habagat or the southwest monsoon.

According to Benguet Governor Crescencio Pacalso, it had been raining for about two months in their province before the storm came, making the Itogon land already ripe for a landslide. Presidential Adviser Francis Tolentino, who was the designated “conduit” for the Ompong disaster response, said the catastrophe in Itogon was aggravated by small-scale mining, a centuries-old practice in the town.

Benguet Corporation, the oldest mining company in the Philippines, is being blamed by the local government of Itogon. (READ: Itogon Tragedy: When the land of promise buried its people)

There is also a quarry near the landslide site in Naga, Cebu, operated by APO Land and Quarry Corporation, but local and national officials have not pointed to it as a reason for the earth collapsing.

Locals were not completely blind to the tragedies that befell them.

In Itogon, the local officials admitted to already having observed that the soil had been packed with water from the rain of the past few weeks. Itogon Mayor Victorio Palangdan said he knew the area was vulnerable to landslides, but he pointed out that the signs were not imminent for Barangay Ucab, where the landslide occurred.

There were earlier and more explicit warnings in Naga, Cebu.

On August 28, some 3 weeks before the landslide, the city Risk Reduction and Management Council warned that the areas surrounding the quarrying site were vulnerable to landslides.

The Central Visayas Mines and Geosciences Bureau also observed cracks and fissures in the affected area as early as 3 weeks before, but said that they were not the result of mining, but instead of tectonic plates moving deep underground.

A look at the disaster simulating application Project NOAH shows that the buried areas have been classified as vulnerable to landslides. The devastated areas are highlighted red in the maps below: In Itogon the landslide consumed an entire bunkhouse where a mining community stayed to quickly access the mines allegedly abandoned already by Benguet Corporation.

The landslide in Itogon left a deep giant wound over an entire section of the Itogon mountainside, cutting transportation and power lines. The already eroded mountainside continues to be a threat, with officials preparing for another landslide if ever more rain comes.

In Naga, the landslide consumed around 30 homes, with 100 people feared dead.

According to Naga City Mayor Kristine Chiong, the houses were occupied by the employees of quarrying company APO. 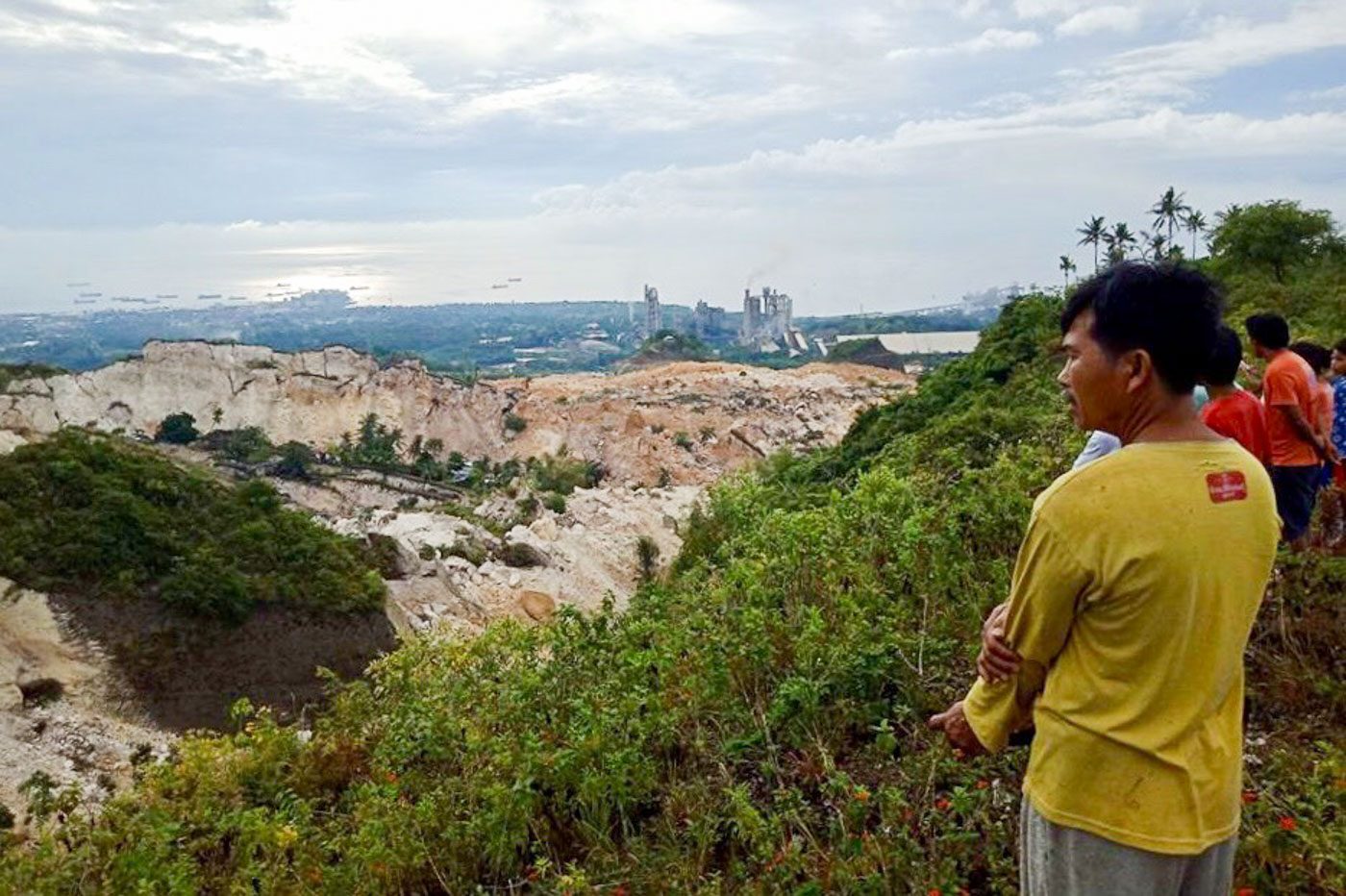 Outside the hazards, the Itogon landslide had prompted Environment and Natural Resources Secretary Roy Cimatu to order a stop to all mining operations in the Cordillera Administrative Region, leaving 80% of Itogon town scrambling for an alternative source of livelihood outside the mines.

After the Naga landslide, Cimatu continued with his orders to stop quarrying operations in 8 regions across the Philippines.

The government has not released an estimate of the value of lost houses and facilities due to the landslides, but the landslide death toll already stood at 42 in Itogon, and 49 in Naga City.

The local governments of Itogon and Naga both went knocking on the doors of vulnerable households and told them to evacuate.

In Itogon, cops visited the mining community, but they were shooed away after locals insisted that based on experience, the chapel area of their bunkhouse was a viable evacuation area during storms.

Itogon Mayor Palangdan said they opted not to order a forced evacuation because the signs of a landslide coming were not imminent before Typhoon Ompong hit land.

Naga government employees, as well as representatives of the APO quarrying company, reportedly went around the vulnerable households to ask them to evacuate. Not all heeded their call, however.

After the landslide and the government’s knee-jerk response of stopping mining and quarrying, Itogon locals have been left wondering what they could do next as many of them depend on mining for their livelihood. Now the government is scrambling to find the missing, with little hope to find more people alive.

According to Naga City Mayor Chiong, her city is still reeling from the disaster that’s why it’s not the time to pinpoint blame. The focus, she said, should be on the recovery and relief operations after the landslide devastated her people.

He now plans to ask President Rodrigo Duterte to draft an executive order for Benguet Corporation to return its used land to the local government.

These actions, however, are already too little, too late for the victims of the landslides.