‘A friend in need’: China’s promises to PH 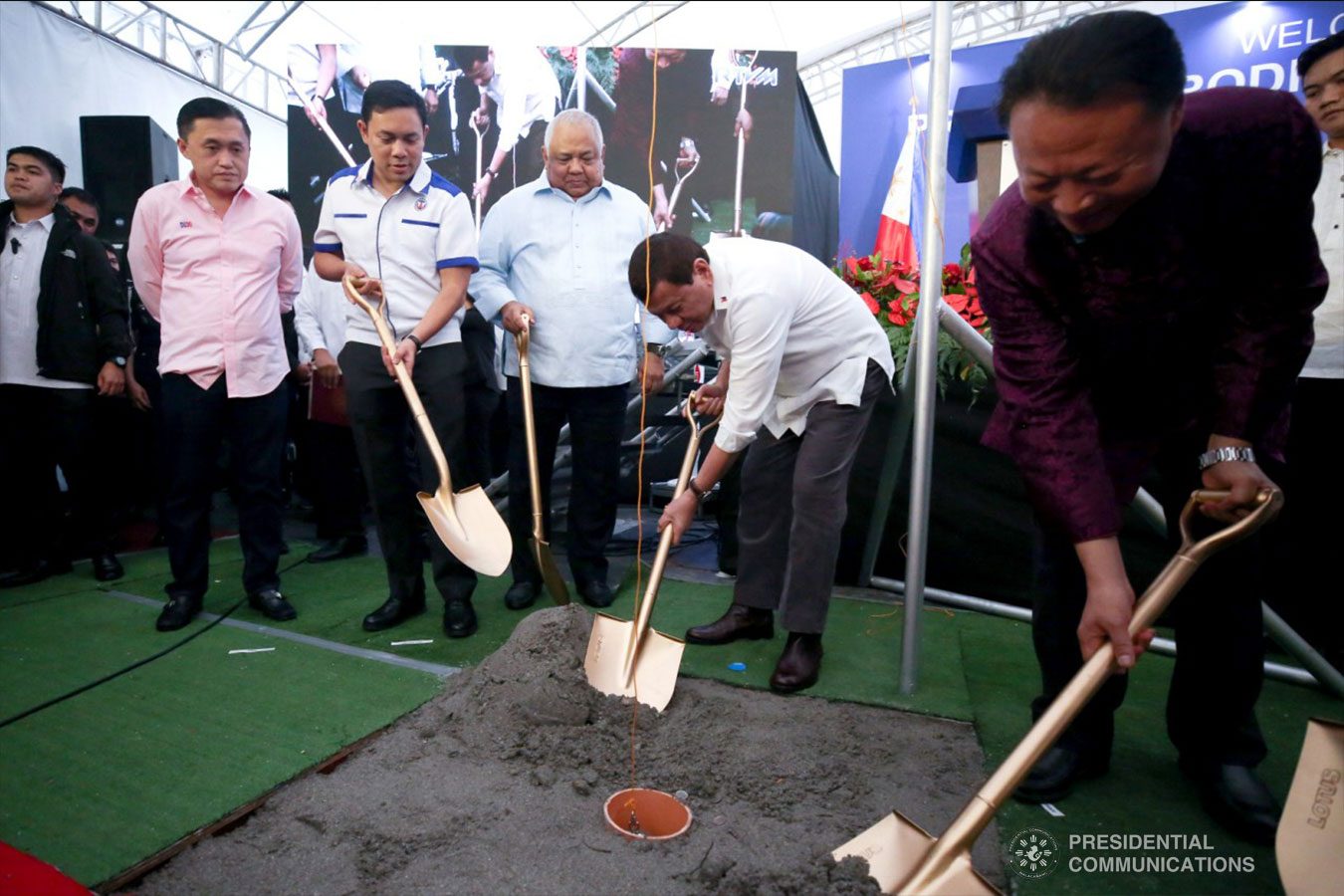 MANILA, Philippines – The Duterte presidency has been marked, among other things, by a “blooming” relationship with China.

The relationship gave birth to a state visit by no less than Chinese President Xi Jinping – a first in 13 years – from November 20 to 21.

But before the Chinese president’s visit, several meetings in Manila and Beijing saw Philippine officials dealing with their Chinese counterparts. (READ: Wang Yi: Duterte ‘the most respected friend’ of Xi Jinping)

Among those that set the stage for Xi’s visit perhaps, were trips by Chinese Premier Li Keqiang and former Vice Premier Wang Yang in 2017, as well as the two visits of Chinese Foreign Minister Wang Yi.

These trips wouldn’t be complete without talks on possible projects that would benefit both parties.

Research by Rappler has shown that these have resulted in over 100 deals, pledges, agreements, or donations being made between the two countries.

Data shows that most projects are part of the government’s “Build, build, build” infrastructure program, while a number are memoranda of agreement or understanding (MOA, MOU) between various Chinese and Philippine government agencies. Many of these projects are also still in the pipeline, with a few that have started already.

According to Chinese Ambassador to the Philippines Zhao Jianhua, China has provided “all in all RMB 1.284 billion (P9.729 trillion) of grants” to the Philippines since Duterte took office. ([OPINION] What scares me the most about China’s new, ‘friendly’ loans)

“A friend in need is a friend indeed,” he said in a speech during the 69th founding anniversary of the People’s Republic of China. (READ: Dutere: ‘I need China’)

Here’s a list of pledges, donations, grants, MOAs, and MOUs from China to the Philippines:

Among the nearly 100 projects or agreements between the Philippines and China, reports and documents fom the National Economic and Development Authority show 3 have started construction:

Both bridges are covered by a contract, worth ¥643.458 million or around P5.27 billion for the survey, design, and construction to be carried out by CCC Highway Consultant Ltd and China Road and Bridge Corporation.

A number of projects remain in the pipeline  – almost all of which are part of the Duterte administration’s massive infrastructure plan, “Build, build, build.” The following are projects with official development assistance from China, according to documents from the National Economic and Development Authority (NEDA):

Several speeches from Chinese officials show the country views this as an opportunity to sync efforts of its Belt and Road Initative with those of the Philippines’ infrastructure boost and Ambisyon Natin 2040 – the 25-year, long-term vision for development planning.

The 25-year vision foresees a Philippines that is a “prosperous, predominantly middle-class society where no one is poor.” It also envisions Filipinos with “long and healthy lives,” being smart and innovative, and living in a “high-trust society.”

Apart from these, there were also several projects reported to be considered for funding from China, though these have yet to be placed in NEDA’s pipeline of projects with official development assistance:

For a number of these projects, such as those of the National Irrigation Authority, studies were already on the way as of 2016 with the agency hoping to fast-track its implementation with assistance from China. The 6 projects are the following: When disaster or conflict strikes, China, like other countries, also extends assistance to the Philippines.

This was evident in its billion-peso donations to Manila for the rehabilitation of Marawi and for relief assistance in the aftermath of Typhoon Vinta and the 6.7-magnitude earthquake in Surigao. Both occurred in 2017.

Meanwhile, Chinese companies interested in participating in rehabilitation efforts in the country did not always see their plans come to fruition. For instance, the Chinese-led Bangon Marawi Consortium unsuccessfully pushed for its bid to build the war-torn Marawi City after it failed to show the legal and financial capacity to do so.

Two Chinese companies part of the group were also found to have been blacklisted by the World Bank.

Another Chinese company, Power Construction Corporation of China or PowerChina, is now part of several firms bidding to be part of rebuilding efforts in Marawi City. Oftentimes, most, if not all, visits also saw Philippine and Chinese officials sign several agreements for partnerships between parallel agencies.

These took the form of an exhange of letters to signify interest in investing or purchasing certain products from both countries.

For instance, President Duterte’s trip to China for the Boao Forum for Asia in April 2018 saw 5 documents signed for possible cooperation in the areas of infrastructure, education, and communications. The same trip also saw 10 Chinese companies sign letters of intent to invest billions in the Philippines.

Because these are usually signed to signify intent to cooperate, MOUs and MOAs do not automatically mean concrete investments will be made by either country.

While some have led to concrete projects placed in the infrstructure pipeline, others remain simply an expression of intent, as they are non-binding documents.  – Rappler.com