What you need to know about the Bangsamoro plebiscite 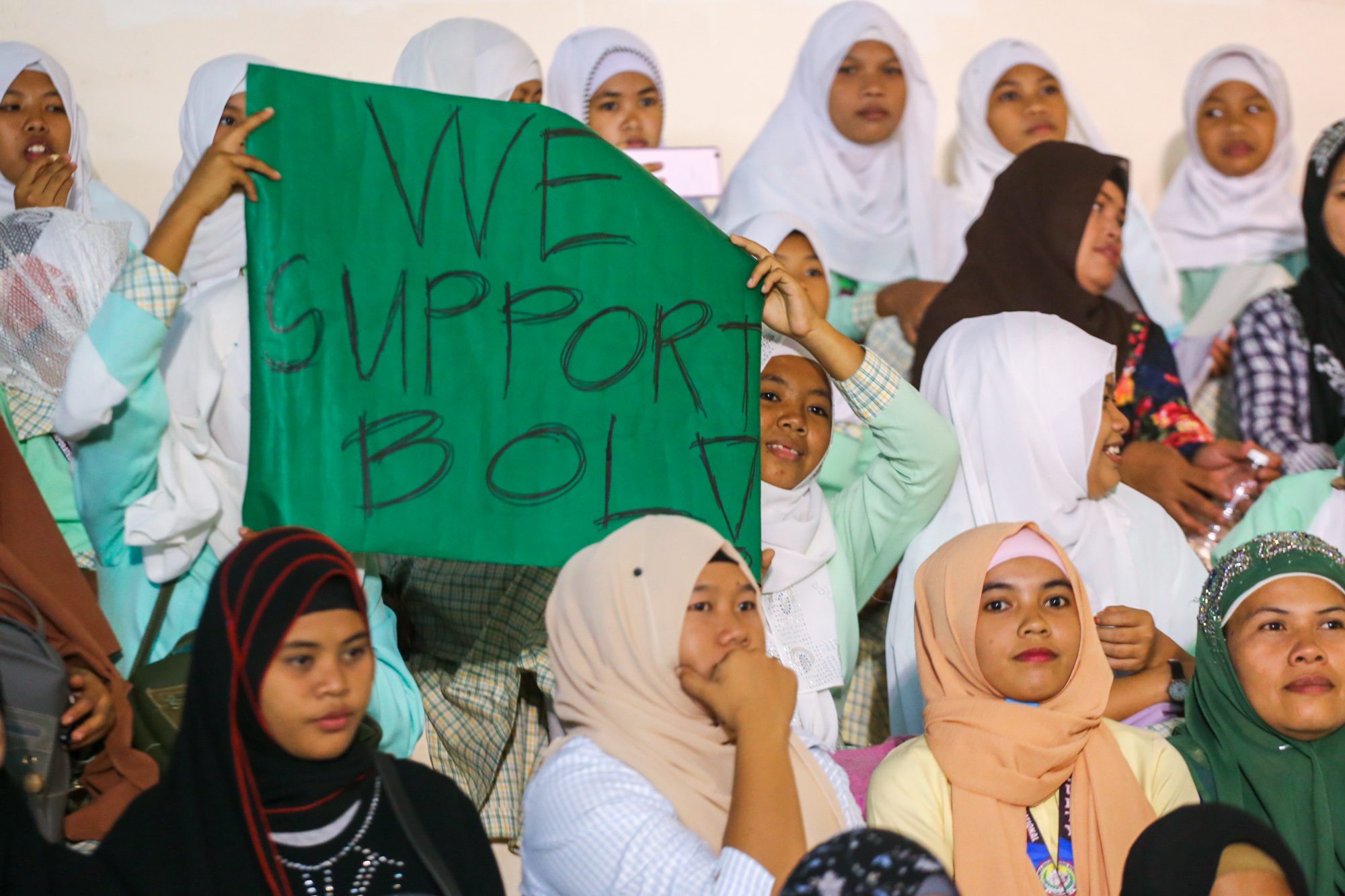 If majority of residents vote “yes,” they will have – according to the law – a new Bangsamoro Autonomous Region in Muslim Mindanao (BARMM) with more power, resources, and possibly bigger territory. (READ: 6 scenarios for the Bangsamoro vote)

To understand Monday’s historic vote, here are some things to know about the Bangsamoro plebiscite:

1. What are people deciding on?

Residents in key areas in Mindanao will be asked whether or not they want to ratify Republic Act 11054 also known as the Bangsamoro Organic Law (BOL). This vote will essentially put the law in effect.

The BOL provides for the creation of the Bangsamoro Autonomous Region, which seeks to replace – and outdo – the ARMM in terms of geographic scope, power, and resources. If majority of residents in all areas vote “yes,” the new BARMM would be comprised of the provinces of Lanao del Sur, Maguindanao, Sulu, Tawi-Tawi, Basilan, Cotabato City, 6 towns in Lanao del Norte, and 67 barangays in North Cotabato.

2. Why are there two plebiscite dates?

Voting for the plebiscite has been scheduled to take place on two dates. The first will be on Monday in the ARMM, Cotabato City, and Isabela City.

If majority of voters in these areas agree to creating BARMM, a second voting on February 6 will be held in Lanao del Norte (except Iligan City) and 7 towns North Cotabato.

Results from the January 21 vote can be expected no later than Saturday next week, January 26.

3. What are the places to watch out for?

Key areas to watch include Sulu, Cotabato City, and Lanao del Norte. In the run-up to the plebiscite, these places have indicated a “no” vote.

In Sulu, Vice Governor Sakur Tan filed a petition before the Supreme Court in October 2018, questioning the BOL’s constitutionality. Tan argued that votes in ARMM should not be counted as one geographical area. He also questioned the lack of an opt out provision, even if the rest of ARMM wants to be included.

In Lanao del Norte, the 6 municipalities to be included in the new region will only become part of BARMM if a majority of the entire province also agrees. But the ruling Dimaporo clan has so far showed no sign of willingness to let go of certain parts of its provincial territory.

These 6 municipalities have faced the same problem in the past. They previously voted to be included in the ARMM during the 2001 plebiscite under Republic Act No. 9054, but their mother units voted against it.

Cotabato is also considered a crucial city for the plebiscite. If the city votes against joining the proposed new region, the BARMM’s regional government will have to move government offices to a new capital.

It has taken years to arrive at the chance to create BARMM.

Former president Aquino had wanted the law passed before he stepped down, but a botched police operation in Mamasapano, Maguindanao, in 2015 derailed its approval.

Despite this, discussions were again taken up under the administration of President Duterte, the first Mindanao president.

While the plebiscite seeks to create a new and more powerful entity, what’s also at stake is peace in conflict-torn region. Years of war and rebellion have claimed the lives of over 150,000 in Mindanao. 5. What is the impact on Mindanao residents?

If residents agree with the BOL, the Bangsamoro people will be a step closer to self-rule.

The law paves the way for the creation of the Bangsamoro government, which will be headed by a chief minister and a ceremonial leader called a Wali.

A regional parliament of 80 members will also be created to pass laws and decide on the region’s budget. Here, representatives from regional parties, districts, and sectors will be allocated a portion of the seats.

The Bangsamoro government will also enjoy exclusive powers over some areas such as budgeting, economic zones, social services, and a justice system.

The BTA will be largely in charge of governing the new region until the May 2022 elections, when new officials will be elected.

According to results of a survey conducted by peace-building organization International Alert Philippines in December 2018, residents who agree with the BOL believe that it will create more government jobs. This is primarily because the BOL mandates the creation of new government departments and offices in the BARMM.

The regional parliament will still work with the national government. The latter will also still retain powers over national matters such as foreign affairs and a national military and police. – Rappler.com