Where do ashes for Ash Wednesday come from? 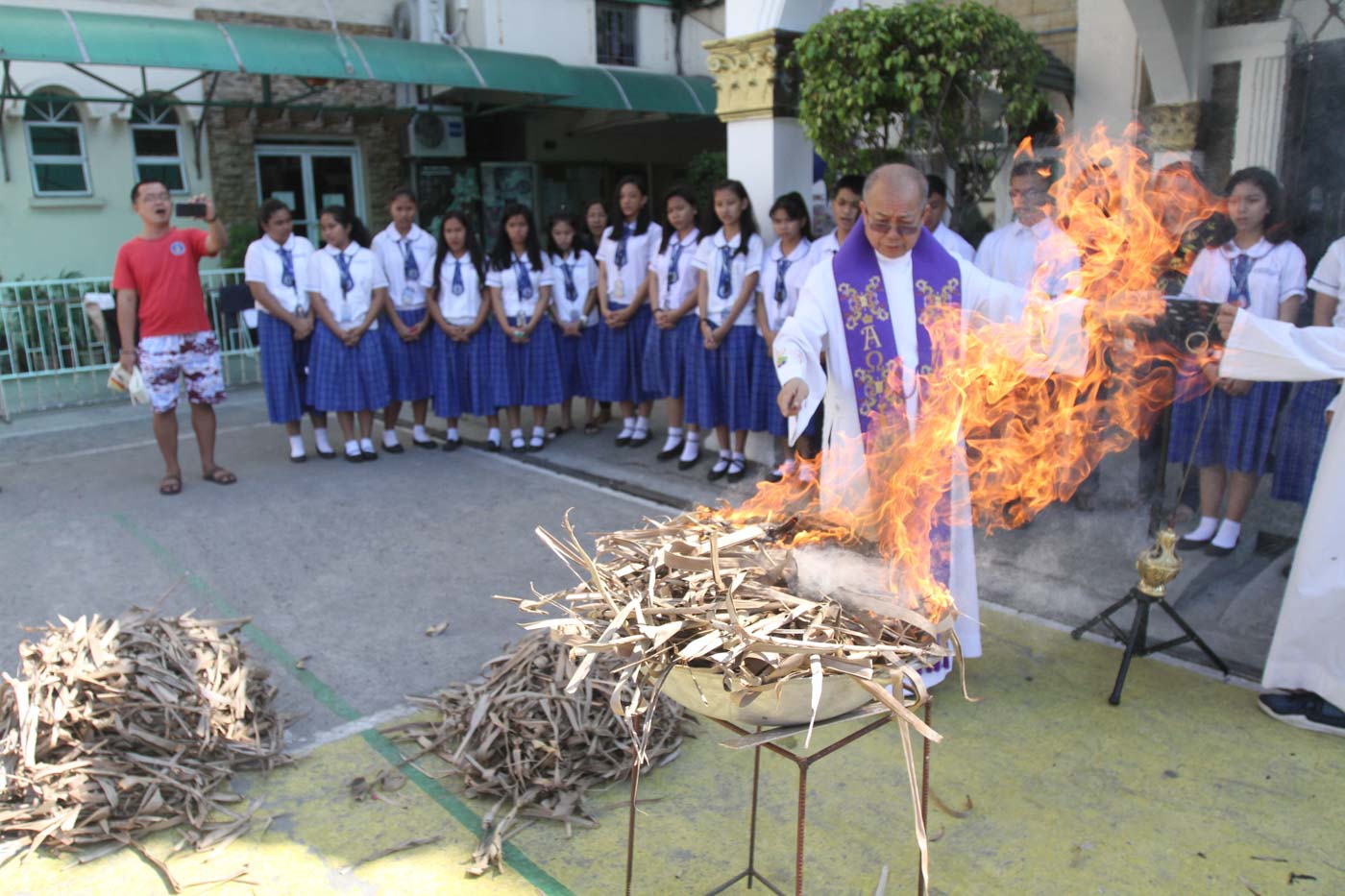 MANILA, Philippines – The penitential season of Lent begins on Wednesday, March 6, as Catholics have their foreheads marked with ashes to symbolize repentance from sin.

Have you ever wondered where ashes for Ash Wednesday come from?

The Roman Missal, the book of approved readings and prayers for Catholic Masses, indicates the source of ashes used on Ash Wednesday: “In the course of today’s Mass, ashes are blessed and distributed. These are made from the olive branches or branches of other trees that were blessed the previous year,” the Roman Missal states.

Father Francis Eugene Fadul explained to Rappler that “the preparation for Ash Wednesday starts on the preceding day.”

On this day called Shrove Tuesday, Fadul said that “the palms used during last year’s Palm Sunday are burned.” Then, “the ashes are collected and are prepared for the liturgical celebration the next day.”

The practice in the Philippines “is mixing the ashes with holy water,” added Fadul, an officer of the Catholic Bishops’ Conference Episcopal Commission on Clergy.

Fadul also said the marking of ashes expresses two realities: “that we are dust and to dust we shall return, and that we are invited to conversion and to believe in the Gospel.”

Father Jun Sescon, rector of the Greenbelt Chapel, said that “the palms are usually burned on the Sunday or Tuesday preceding Ash Wednesday.”

“In some churches, it is done in public with a simple rite of blessing. Usually Psalm 51 (Miserere) is prayed or sung when the palms are burned,” Sescon said in a Facebook message to Rappler.

Father Randy Stice, an official of the US bishops’ conference, explained to the Catholic News Agency why the Catholic Church uses Palm Sunday branches for Ash Wednesday.

“Those branches herald Holy Week, the suffering death and resurrection of Christ,” Stice said. He added that these branches help Catholics identify with Jesus during Lent. “It connects us with events in Christ’s own life.”

From Palm Sunday branches to Ash Wednesday ashes, it’s a full circle reminding Catholics that life on earth is not forever. – Rappler.com