Facebook Twitter Copy URL
Copied
'For a small and peaceful country like Iceland, international law and the multilateral system is our sword, shield and shelter,' says Iceland's Ministry for Foreign Affairs

MANILA, Philippines – President Rodrigo Duterte earlier blasted Iceland for failing to “understand” the Philippines after it led the filing of a resolution for the United Nations to review drug war killings in the country.

“Iceland, ano ang problema ng Iceland? Ice lang. (What’s the problem of Iceland? It has only ice.) That’s your problem you have too much ice and there is no clear day or night there,” Duterte said.

Duterte had also said that as a country that enjoyed low crime rates, Iceland was unable to comprehend the need for a bloody drug war in the Philippines – a program that he vowed would be “chilling and relentless.”

But much to Duterte’s dislike, the hallmark program of his presidency has come under close scrutiny of the international community for its gross violation of human rights and high death toll. (READ: On U.N. resolution vs drug war killings: What if Duterte blocks review?)

This led the United Nations Human Rights Council (UNHRC) to adopt a resolution led by Iceland calling on UN rights chief Michelle Bachelet to write a comprehensive report on the situation in the Philippines. The resolution was backed by 18 out of 47 member-countries.

But why did Iceland, of all countries, file the resolution in the first place?

When Iceland led the resolution at the UNHRC, it did so as a country that puts a high priority on human rights. As one of the most peaceful and happiest countries in the world, Iceland also leads by example when it comes to observing human rights.

Iceland carried that responsibility when it became a member of the UN rights council last year, taking the place of the United States which left the rights body it called a “cesspool of political bias.”

“For a small and peaceful country like Iceland, international law and the multilateral system is our sword, shield and shelter,” Iceland’s Ministry for Foreign Affairs said in statement to Rappler. In an interview with the Iceland Monitor, Iceland Foreign Minister Gudlaugur Thór Thórdarson said, “We are fortunate enough to enjoy human rights in Iceland, which we take for granted….It is our duty to contribute to the fight for improving the state of human rights affairs in the world.”

According to the Fund for Peace’s 2019 Fragile States Index, Iceland was considered among the most stable countries in the world, enjoying stable observance of human rights and the rule of law among other factors.

The Philippines, meanwhile, was described as a state with “high warning” over eroding human rights and higher levels of crime and violence.

Aside from this, the 2019 Global Peace Index ranked Iceland as the most peaceful country in the world, while the Philippines was 134th out of a total of 163 countries. 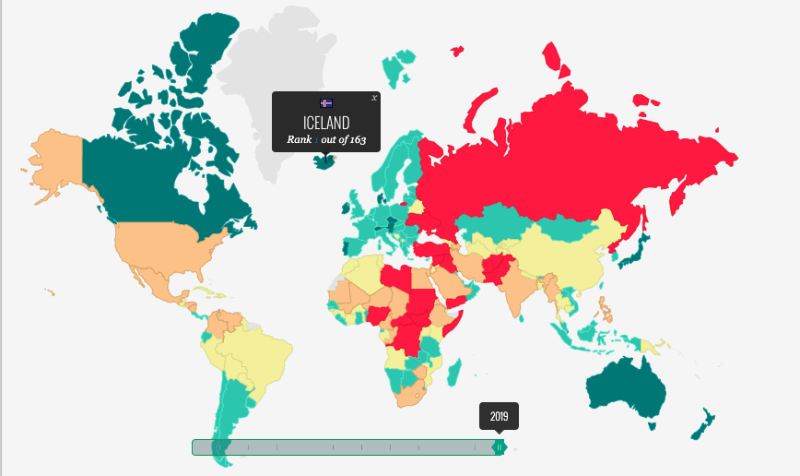 For Human Rights Watch deputy director of Geneva Laila Matar, Iceland’s actions as a new member of the powerful rights body live up to its reputation as a country that champions human rights.

Among these are Yemen for the civil war that has caused massive starvation and thousands of deaths and extrajudicial killings in Venezuela. Iceland also called the attention of Saudi Arabia earlier in 2019 for its arrest of human rights defenders, including women, and the murder of journalist Jamal Khashoggi.

It’s also called attention to Russia, Egypt, Nicaragua, Mali, Iran, and Sri Lanka, among others as a member of the UNHRC.

“Membership gives them more of a responsibility to do so because you cannot take a seat on the council only to take a backseat and stand by idly while country situations deteriorate,” Matar said. 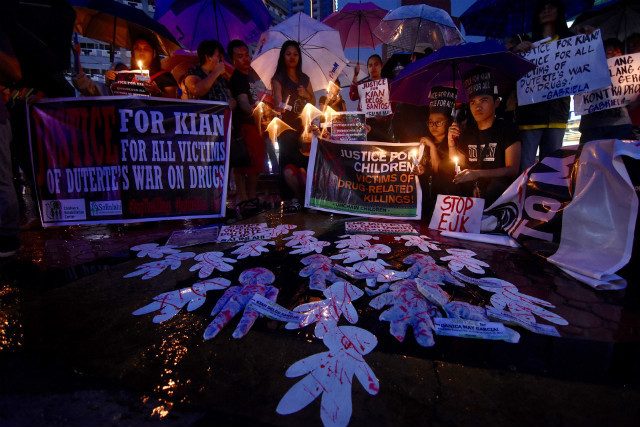 For Matar, among the factors that led to Iceland’s filing of a resolution was the Philippines’ lack of genuine cooperation when it came to addressing the country’s human rights situation before the international community.

Matar said years of joint statements and negotiations on the resolution saw the Philippines’ lack of “genuine commitment to investigate violations or cooperate with the international community to do so.” The Philippines also made no commitment to change the course in its anti-illegal drug operations, she added.

“They had an opportunity to stop the killings and investigate them, but they didn’t. A resolution by the Council was thus clearly warranted and long overdue,” Matar said. (READ: PH can be kicked out of UN council if killings continue – HRW) Before Iceland led the filing of the resolution that sought action on drug war killings, it issued 3 joint statements on the same issue but saw no change in action from the Philippines.

In his introduction to the resolution on July 11, Iceland’s Ambassador the the United Nations Harald Aspelund also said in the past 3 years, special rapporteurs to the UN have issued some 33 statements on the Philippines.

Most recent was the joint statement issued in June 2019 by 11 special rapporteurs – including UN Special Rapporteur on extrajudicial killings Agnes Callamard – calling for an independent probe into human rights violations in the Philippines.

Thus, the resolution calling for action into drug war killings in the Philippines was also a product of repeated statements on the situation being addressed.

“The tabling of the resolution follows repeated calls…requesting the Philippine authorities to take measures to address reports of extrajudicial killings and other grave human rights violations and to work with the appropriate U.N. human rights mechanisms that have not been granted access to the country,” Iceland’s foreign ministry said.

Bachelet herself had expressed concern over the “extraordinarily high number of deaths” in the Duterte administration’s anti-illegal drug campaign.

The drug has so far claimed over 5,500 lives, according to the Philippine government, but rights groups say the number of deaths could be as high as 27,000 killed – including those killed vigilante-style.

In its introduction of the resolution at the UN rights council, Iceland made it clear that it brought up the resolution not because it wants confrontation, but because as a new member of the council, it “pledged to address human rights concerns objectively and, on their merits, in a non-politicized, non-selective manner.”

A report on the situation in the Philippines, it said, was a “very modest ask.”

Iceland’s Foreign Minister Thórdarson also said the country thought the report was “necessary” because “all reports indicate that the human rights situation in the Philippines continues to deteriorate.” “In my mind the matter is very clear. The Human Rights Council is not made for getting together for a cup of coffee, but for using the council to support human rights, which is what we do. Even though we receive some threats, so be it. We will not budge from our policy,” Thórdarson told Iceland Monitor.

Iceland’s Ambasador to the UN Aspelund echoed this, saying that as members of the UN rights council, “We discuss the need to prevent and respond to violations on a regular basis in this Council. But all too often our words are not borne out by our acts.”

He added, “If we cannot respond in a serious way to the repeated calls for action by the mechanisms of this Council, by the High Commissioner for Human Rights, and even the UN Secretary General, then when can we respond?” – with a report by Jodesz Gavilan/Rappler.com