FAST FACTS: What you should know about Landbank

Jul 31, 2019 12:42 PM PHT
Pauline Macaraeg
Facebook Twitter Copy URL
Copied
(3rd UPDATE) President Duterte threatens to shut down the government bank in his 4th SONA, saying it's acting more like a commercial bank instead of focusing on farmers and fishermen 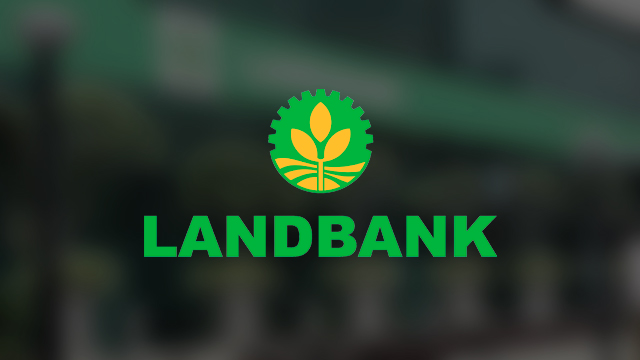 MANILA, Philippines (3rd UPDATE) – In President Rodrigo Duterte’s 4th State of the Nation Address (SONA) on July 22, the firebrand president called out the Land Bank of the Philippines (Landbank) for not providing financial assistance to their number one priority: farmers and fisherfolk.

The President threatened to shut down the bank’s operations. “You are supposed to finance agricultural enterprises and endeavors. Bakit wala? (Why is there none?) Why can’t you just buy a few wagons or whatever? Go to the countryside and ask the people if there are cooperatives, tulungan ninyo (help them) to form one,” he said in his speech.

Since its creation in 1963, Landbank has emerged as one of the biggest banks in the country. Here are some fast facts about the government bank.

Landbank was formed under Republic Act 3844 or the Agricultural Land Reform Code in August 1963. The main function of the bank is to be the financing agency for the government’s acquisition of agricultural estates for division and resale to small landholders, as well as the purchase of the land-holding by the agricultural lessee.

2. It was eventually granted universal banking powers in 1973

Ten years after its creation, Landbank was granted universal or expanded commercial banking powers through Presidential Decree 251 to remedy the bank’s “deficient and inadequate” capitalization and organization structure. Former president Ferdinand Marcos cited the bank’s failure to meet the requirements of the agrarian reform program, so he included granting short-, medium- and long-term loans to agricultural, industrial, home-building projects, and other productive enterprises to Landbank’s powers.

In 1977, the bank underwent a major reorganization and formed 3 main sectors: agrarian, banking, and operations. Today, Landbank’s role is not limited to the provision of credit assistance to farmers and fisherfolk. It is also an implementing agency of the Comprehensive Agrarian Reform Program, as well as an official depository of government funds.

As of July 2019, Landbank has a total of 401 branches and 2,046 automated teller machines nationwide.

3. Landbank now belongs to the top 10 universal/commercial banks in the Philippines

While Landbank is not the leading bank in the Philippines, based on 5 metrics, it is included in the Bangko Sentral ng Pilipinas’ (BSP) top 10 rankings of universal/commercial banks as of March 2019: assets, stockholder’s equity, deposits, loans, and return on equity.

Landbank is the 3rd biggest universal/commercial bank with total assets of P1.9 trillion. Its stockholder’s equity – the amount of assets the bank has minus its liabilities – stands at P136.5 billion, while its total deposits as of March 2019 reached P1.7 trillion – second to the Sy family-owned BDO Unibank’s P2.3 trillion. In the same period, Landbank also had P850.8 billion in its total loans and receivables portfolio.

Meanwhile, the bank’s return on equity ratio stands at 13.25% – only the 8th highest out of the 45 universal/commercial banks listed by the BSP. Return on equity is a known measure of profitability and of how well the company generates income growth by utilizing the equity investments of its shareholders.

4. The Duterte administration stopped the Landbank-Development Bank of the Philippines merger

Former president Benigno “Noynoy” Aquino III signed and approved the proposed merger of the two government banks in February 2016 through Executive Order No. 198. Under this EO, Landbank was supposed to be the surviving entity between the two banks.

EO 198’s goal was to increase Landbank’s capital stock to P200 billion from P25 billion and to strengthen the financial capabilities of both banks while avoiding unnecessary overlaps of their respective functions.

However, the new administration stopped the merger in September 2016, led by the Governance Commission for Government-Owned and -Controlled Corporations (GCG). Finance Secretary Carlos Dominguez III pointed out that the two banks serve different functions: Landbank for the agriculture sector, and DBP, for industry. (READ: Landbank-DBP merger stopped)

5. Landbank’s loan portfolio and its compliance with the Agri-Agra Law

Under the Republic Act 10000 or the Agri-Agra Reform Credit Act, banks are mandated to allot 25% of their loan portfolios for agriculture and fisheries – 10% for agrarian reform projects and 15% for agriculture.

Landbank’s First Vice President for Corporate Affairs Catherine Rowena Villanueva said the combined loans extended to the agriculture sector and the its mandated sector, which includes agrarian reform beneficiaries and their associations as well as small farmers, reached 27.45% of the bank’s total loan portfolio of P799.64 billion as of June 30, 2019.

Data from BSP show that the compliance of universal and commercial banks are way below the minimum amount required, with total compliance for agrarian reform credit only reaching 1.01% of its minimum required amount as of end-March 2019, and only 13.27% for agricultural credit. (READ: Agriculture department blames banks for poor growth)

But Villanueva said Landbank remains to be the biggest lender to the sector. “While growth of the agriculture sector remained stagnant for the past 10 years, averaging only 1.11%, Landbank’s loans to the sector continued to increase at an average of 10.94%,” she added.

Economist and former socioeconomic planning secretary Cielito Habito argued that Duterte’s scolding is “misplaced” since Landbank is expected to be profitable just like other commercial banks and is still subject to the same rules imposed by the BSP.

“Like it or not, lending in an agricultural sector dominated by smallholders is always risky business anywhere, and even more so in a calamity-prone country like ours. That’s why commercial banks prefer to pay the fine for not complying with the Agri-Agra law, rather than lend the mandated amounts of loans to small farmers and agrarian reform beneficiaries,” he wrote.

Landbank also reported in the 1st quarter of 2019 that its loans to the agricultural sector grew 12% year-on-year to P13 billion. This covers 128,496 small farmers and fishermen. (READ: Landbank wants to cover more agrarian reform beneficiaries)

Duterte has been urging Landbank to focus more on the farmers and fishermen even before his 4th SONA. He earlier threatened to look into the finances of the bank in 2018. (READ: Duterte wants Landbank to provide more loans for farmers)

A day after President Duterte threatened to abolish Landbank, the bank said it is submitting a detailed report of its plans and programs for farmers. The bank also turned over 354,783 hectares of land to the Department of Agrarian Reform on July 25.

Editor’s note: An earlier version of this story said Landbank had not met the minimum requirements of the Agri-Agra Law. This has been corrected.