What are heinous crimes?

Sep 3, 2019 5:39 PM PHT
Jodesz Gavilan
Facebook Twitter Copy URL
Copied
There is no explicit definition of what heinous crimes are – only an enumeration of crimes that due to their 'manifest wickedness, viciousness, atrocity and perversity' merited the death penalty until its abolition in 2006 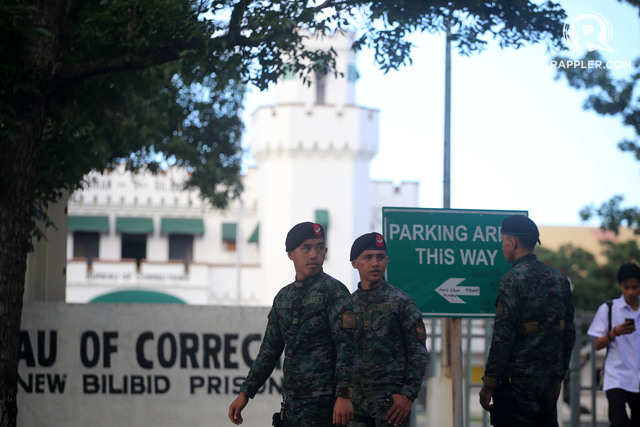 MANILA, Philippines – In the debate over the good conduct time allowance (GCTA) law, the spotlight shone on heinous crimes.

Government officials have been debating whether or not people convicted of heinous crimes should benefit from the GCTA law which allows for a reduction of sentences of PDLs (persons deprived of liberty), depending on how well they abide by prison rules and regulations.

The controversy was sparked by initial news that convicted murderer-rapist Antonio Sanchez was up for early release in August. Sanchez was convicted in 1995 for the deaths of University of the Philippines-Los Baños students Eileen Sarmenta and Allan Gomez. (LISTEN: [PODCAST] Ang batas na puwedeng magpalaya sa rapist-murderer na si Antonio Sanchez)

But what counts as a heinous crime?

According to Department of Justice (DOJ) Undersecretary Deo Marco, they are “constrained to refer to the definition stipulation under the death penalty law.”

Republic Act 7659, the law signed in 1993 and which imposed the death penalty, says that heinous crimes include:

These crimes were considered heinous “for being grievous, odious and hateful offenses and which, by reason of their inherent or manifest wickedness, viciousness, atrocity and perversity are repugnant and outrageous to the common standards and norms of decency and morality in a just, civilized and ordered society.”

Individuals convicted of the above-mentioned crimes were sentenced to death.

This, however, was eventually reduced to reclusion perpetua after the abolition of the death penalty in 2006 under then-president Gloria Arroyo through RA 9436. Reclusion perpetua entails imprisonment of at least 20 years and a day up to a maximum of 40 years, after which a prisoner can be eligible for parole – unless otherwise specified.

Arroyo’s law repealed only the imposition of the death penalty and “did not touch the definition of what heinous crimes are; neither did it repeal the enumeration,” Justice Undersecretary Markk Perete said.

According to data released by the Bureau of Corrections, since 2013, at least 1,914 inmates convicted of heinous crimes were released due to the GCTA law.

In 2019, the year when the Supreme Court ruled the law can be applied retroactively, 819 people convicted of heinous crimes were released.

The discussions on the GCTA law now focus on whether heinous crimes should be excluded from the law, prompting hearings in Congress.

In an explainer, Rappler justice reporter Lian Buan dissects the GCTA law and the views of different government officials and lawyers on it. (READ: Can heinous crimes be excluded from good conduct time allowance law?)

How can the law be made clearer? For Justice Secretary Menardo Guevarra, the DOJ would be “glad” if the SC or Congress is able to clarify if heinous crimes should be excluded from GCTA. – Rappler.com