Metro commuting in 2019: The shortcomings of the motorcycle taxi pilot run 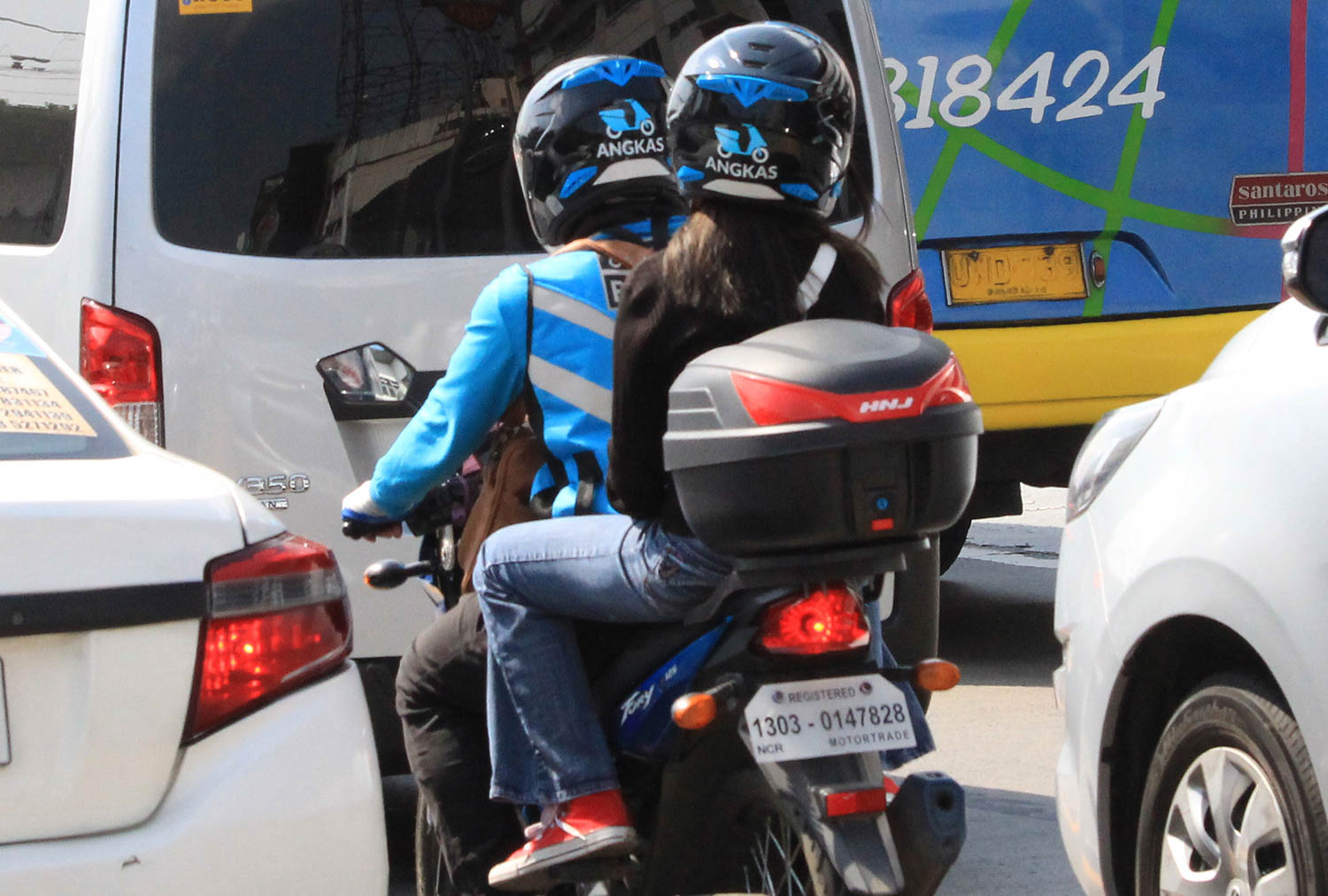 MANILA, Philippines – Earlier in 2019, popular motorcycle ride-hailing platform Angkas was allowed a 6-month pilot run to help determine if its kind is viable for public transportation.

The ball is in the government’s court whether Angkas and other motorcycle taxi firms will be allowed to operate after December 26, the supposed end of the pilot run.

So far, officials from the Department of Transportation (DOTr) and the Land Transportation Franchising and Regulatory Board (LTFRB) have recommended to extend the pilot run and accommodate new players, but the final decision has yet to be announced.

While this may seem like a good development for those who use motorcycle taxis daily to get around the metropolis, the process that led to these recommendations is being called into question.

Commuter welfare groups and road safety advocates have come forward, pointing out how the entry of new players into the pilot run poses risks to the riding public.

As the fate of Angkas and the motorcycle taxi industry itself is being determined, stakeholders wonder: What has the pilot run achieved? What will happen if an extension is granted and if new players join the pilot testing?

In May, the DOTr approved the pilot testing to aid lawmakers in crafting a bill that would legalize and regulate motorcycle taxis. They then issued a set of guidelines for the pilot implementation.

According to the DOTr, the technical working group (TWG) that was tasked to craft the guidelines and monitor the pilot run is comprised of representatives from the following:

The guidelines stipulate that the TWG is required to convene every month to discuss data gathered from the pilot operations.

However, commuter welfare groups and road safety advocates who took part in crafting the guidelines for the pilot run claimed they were not consulted on the decision to extend the pilot implementation and to accommodate new players.

They have not been invited to any meetings in the past 6 months.

These stakeholders include the Lawyers for Commuter Safety and Protection (LCSP), Legal Engagement Advocating for Development and Reform, Komyut, and Move Metro Manila.

Komyut convener Toix Cerna said they had been following up on the pilot operations and asking the TWG to convene since August, but her requests had gone unheeded.

She said they had not been invited to evaluate the potential new providers either, unlike how they did with Angkas.

“We went to the Angkas warehouse in Taguig, saw their onboarding process, asked questions/clarifications, suggested some additional safety protocols [like the] vest, info board,” Cerna told Rappler.

According to Cerna, the TWG members had an email thread for their communications, which was where these groups shared inputs on the draft guidelines.

“Nandun ako nagkukulit about TWG meeting, where I would share news articles on [motorcycle] taxi which should warrant a meeting…. Nothing there at all,” Cerna said when asked if they were consulted on the new providers.

(There I was, following up, sharing news articles on motorcycle taxis which should have warranted a meeting, but there was nothing there at all.)

Rappler reached out to the DOTr and the TWG for their response, but has not received a statement as of writing.

The risks of allowing new players

To ensure the safety of commuters during the pilot run, the TWG set strict and specific guidelines for the operations of Angkas. Among others, these guidelines included rules and/or limitations on:

While Angkas was able to maintain a 99.997% safety rate during the 6 months, potential new players cannot provide the same assurance as of yet.

In this regard, the Lawyers for Commuter Safety and Protection group earlier filed a petition for a temporary restraining order against 5 motorcycle taxi firms for operating outside of the DOTr-approved pilot implementation.

“Ito pong limang korporasyon po na ito ay operating as far as we are concerned. Meaning that meron po silang mga posts dun sa kanilang mga Facebook pages that they are already in the process of hiring motorcycle riders, that there is an ongoing training program for them, some of them are actually already booking,” said LCSP member lawyer Raymond Fortun during a press briefing.

(These 5 corporations are already operating, as far as we are concerned. Meaning, they have posts in their Facebook pages that they are already in the process of hiring motorcycle riders, that there is an ongoing training program for them, and some of them are actually already booking.)

Fortun said these operations pose a threat to the riding public since they are not being regulated and monitored by the members of the TWG.

“We are being very unfair to the consumers who might be affected by the results of trying to include new players who have absolutely no track record when it comes to operating a motorcycle taxi system that is app-based,” Fortun added.

Meanwhile, before the petition was filed, Transportation Secretary Arthur Tugade said that if the pilot would be extended, Angkas and new players would have to be compliant with security measures, rate control, insurance, speed limiters, and other requirements as set in the guidelines.

LTFRB Technical Division chief Joel Bolano said the new players that presented their proposals are being evaluated if they are fit to enter the extended pilot implementation, according to the same set of guidelines.

(If that is the case, good. But why are they not apprehending these motorcycle taxi firms now? The LTFRB could have announced the extension with the caveat that those who want to enter the pilot testing should not yet operate without being evaluated for entry into the pilot run.)

Since the groups were not consulted in the decision to extend the pilot run, they are also left in the dark as to how helpful the pilot run had been with regard to providing a basis for legalizing motorcycle taxis.

Fortun added that the fact that new players are being considered means there is already a basis for the regulation of motorcycle taxis.

“[Instead] of allowing two new players to be included in an extension of the pilot program, why don’t you just pass the law right now on the basis of the standards that have already been set and agreed upon? And now everybody can now be subjected to the same standards under a governing law,” Fortun said.

Thus, these stakeholders go back to why the pilot run was conducted in the first place: legislation. The groups are now urging Congress to prioritize the bills on motorcycle taxis that have already been filed.

“We know that there are 9 bills pending in the House and in the Senate…. We hope that these are being acted upon. That is our hope for the commuters, that while the pilot run is ongoing and the TWG is evaluating it, Congress is also working on a law so that by the end of the pilot, there will already be a law stipulating the standards to be followed by all players,” Cerna said in a mix of Filipino and English.

In the absence of a law, how long can motorcycle taxis continue to operate and ensure the safety of the riding public? – Rappler.com