Beyond coronavirus: Things to know about China’s Wuhan City 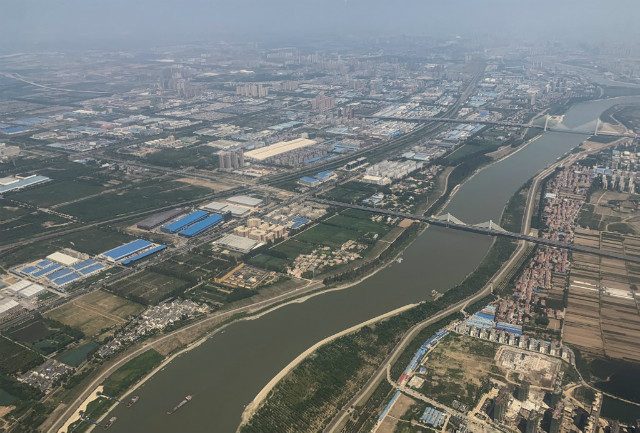 Facebook Twitter Copy URL
Copied
Wuhan City, the biggest in Hubei province, is the most populous in Central China. A major transportation hub, it is also where about 150 Filipinos live.

MANILA, Philippines – All eyes are on Wuhan City in China after it was identified as the epicenter of the 2019 novel coronavirus (2019 nCoV), spreading to various countries, even beyond Asia.

The first cases of the 2019 nCoV were reported by Chinese state media on December 31, after 44 people from Wuhan were confirmed to be infected.

The city is currently on lockdown as authorities scramble to contain the novel coronavirus and at the same time, race to save those suffering from it. The World Health Organization already declared an international emergency over the deadly outbreak. (READ: Novel coronavirus or 2019-nCoV: What we know so far)

But beyond being tagged as ground zero of the latest coronavirus outbreak, what else do we need to know about Wuhan?

1. It is the largest city in Hubei province and most populous in Central China

Wuhan City is the capital of Hubei province located in Central China. It’s about 838 kilometers west of Shanghai and 1,152 kilometers south of Beijing.

The city has an area of 8,494 square kilometers and is divided into 13 districts, traversed by the great Yangtze and the Han Rivers. Its size is about half of Palawan’s (17,030.75 square km).

As of 2018, Wuhan’s population is estimated at 11 million, making it the 7th most populous city in China.

2. It is a main industrial and commercial hub

Wuhan is one of the major manufacturing areas in China.

In 2016, it was designated as a national central city under China’s national urban system plan, which means Wuhan is considered and expected to lead regional economic development, among others.

The makeup of the city supports this goal since as of 2018, Wuhan is home to 3 national development zones, 4 scientific and technological development parks, and more than 300 research institutions, aside from enterprise incubators and enterprises.

Its major industries include: automotive, advanced manufacturing, electronics, food processing, energy and environmental protection, and iron and steel, among others.

Among its biggest factories is the Dongfeng Motor Corporation, the state-owned automobile manufacturer which supplies key supplies to Western companies. 3. It is a major transportation hub

The city of Wuhan is considered a main transportation hub in China, earning the tag “jiu sheng tong qu” which refers to its accessibility to the country’s 9 key provinces – Sichuan, Shanxi, Henan, Hunan, Guizhou, Jiangxi, Anhui, Jiangsu, and Hubei.

Wuhan Railway Hub, managed by the China Railway Wuhan Group, is one of the 4 key railway hubs in China. It has 3 main passenger stations, with two servicing high-speed trains traversing key Chinese cities. More than two million people are estimated to use this transportation service at any given day before the virus outbreak.

The city’s airport, Wuhan Tianhe International Airport, is considered one of the busiest in the country, being strategically located along China’s airline network. It opened in 1995 but only started doing international flights in 2000.

Located 26 kilometers north of the Wuhan city center, the airport has “non-stop passenger flights scheduled to 113 destinations in 22 countries,” according to the FlightConnections website.

In 2018, the international airport handled 24,500,356 passengers with at least 48 airlines using its facilities.

4. It was the site of an uprising that led to the fall of the last imperial dynasty and has been twice the capital of China

Wuhan prides itself with its rich history, dating from when people first settled in the area more than 10,000 years ago.

One of Wuhan’s districts, Wuchan, was the site of an uprising organized by imperial soldiers in 1911. The mutiny, according to historical records, was initiated by soldiers who sympathized with progressive leaders who were carrying out a protest movement against a railway crisis.

The Wuchang Uprising is referred to as the turning point of the Xinhai Revolution, which eventually toppled the last imperial Qing dynasty, establishing the Republic of China and installing Sun Yat-sen as the first provisional president.

In the past, Wuhan became the capital of China twice – in 1927 under the left-wing Kuomintang government which opposed the nationalist government led by Chiang Kai-shek, and as provisional capital during the 2nd Sino-Japanese War following the fall of Nanking in 1937.

5. There are about 150 Filipinos in Wuhan

The Department of Foreign Affairs said that there are at least 150 Filipinos in Wuhan and another 150 in other parts of Hubei province.

On January 28, the Philippine government said it is open to repatriate those who want to come home but they will be subjected to necessary screening and quarantine.

Aside from Filipinos, there are also thousands of other foreigners who call Wuhan their temporary home, most of them students.

Labeled as an education hub, Wuhan has more than 30 tertiary schools with students from all over the world.

There are at least 1,500 foreign students in Wuhan University alone. In total, it welcomes about 3,000 foreign visitors for “academic visits and exchanges” annually.

Many foreign countries have plans to repatriate their own nationals, including European countries, Australia, Japan, South Korea, and Turkey, among others. – Rappler.com