How does COVID-19 compare to SARS and MERS? 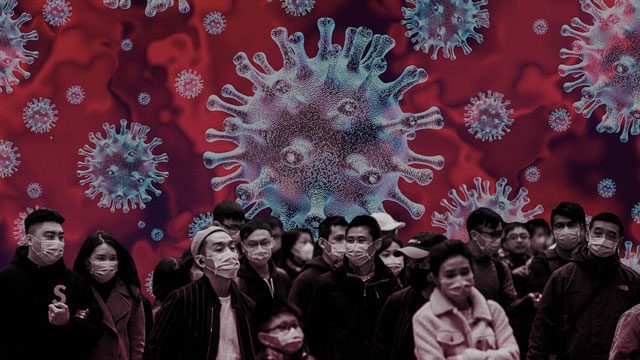 Facebook Twitter Copy URL
Copied
WHO says COVID-19 'appears not as deadly as other coronaviruses,' but the disease has already infected and killed more people than SARS and MERS combined

MANILA, Philippines – On December 31, China announced it is probing a “mystery viral pneumonia” outbreak in Wuhan. The new and unknown virus triggered speculation it might be linked to Severe Acute Respiratory Syndrome (SARS), the dreaded epidemic that spread in 2003.

The infected people in Wuhan, China exhibited flu-like symptoms, such as persistent coughing, fever, shortness of breath, and difficulty breathing. The World Health Organization (WHO) later labeled the virus the 2019 novel coronavirus (nCoV).

How is it related to SARS and MERS?

As some predicted, COVID-19 is related to SARS in that they are both types of coronavirus, along with MERS. The 3 diseases all belong to the Coronaviridae family.

Coronaviruses cause diseases in humans and animals, ranging from the common cold to more severe diseases. (READ: What is coronavirus? New disease spreading in Asia revives SARS fears)

SARS was identified in 2003, the first among the 3 diseases. It originated in Guangdong province, southern China in November 2002 but it was not identified until February 2003.

WHO issued a global alert about the virus in March 2003 and declared the virus “contained” in July later that year, meaning there was no increased transmission risk anymore. (READ: What we learned from SARS, according to ex-DOH chief Manuel Dayrit)

Meanwhile, the Middle East Respiratory Syndrome (MERS) was first identified in Saudi Arabia in 2012. Studies showed that the virus can be contracted through direct or indirect contact with infected dromedary camels, which serve as the major reservoir host for the virus.

Some of the symptoms of MERS are similar to that of SARS: fever, cough, diarrhea, and shortness of breath. There were also cases where pneumonia manifested, though not all the time. Some cases were also asymptomatic and were only detected through contact tracing and laboratory tests.

Unlike SARS, MERS “does not seem to pass easily from person to person unless there is close contact,” according to WHO. To date, WHO has not yet declared the virus contained, though the number of cases has been dwindling.

How fast did the coronaviruses spread?

Compared to the other two diseases, more cases of COVID-19 were recorded in the first 50 days since the virus was first reported. It took only a little over a month before COVID-19 cases surpassed the total number of cases recorded in the 2003 SARS outbreak.

On January 30, a month after China first reported a case of 2019-nCoV, WHO declared it a public health emergency of international concern. Around this time, 7,818 cases had been recorded globally, with 170 deaths – all in China.

This further grew to 73,332 global cases by the 50th day. In contrast, WHO only recorded a total of 8,096 SARS cases during the whole 2003 outbreak, which lasted for about 5 months.

Confirmed cases and deaths associated with MERS, meanwhile, spiked only in 2014 – almost two years after it was identified. Total number of deaths stood at 858 as of November 2019.

What’s the fatality rate of each disease?

Although more COVID-19 cases have been recorded so far, WHO considers it the least fatal among the 3.

In a press briefing on February 17, WHO Director General Tedros Adhanom said there appears to be a decline in new COVID-19 cases, but it’s still early to tell if the trend will continue.

“It also appears that COVID-19 is not as deadly as other coronaviruses including SARS and MERS,” Adhanom added, saying the virus is fatal in only 2% of reported cases.

The fatality rate is derived from dividing the number of deaths by the number of confirmed cases during a specific period of time. Among the 3, WHO considers MERS the deadliest with a fatality rate of 34.4% as of November 2019, while SARS’ was about 10%.

However, it’s important to note that although the resulting case-fatality percentage of COVID-19 is relatively smaller, the disease has already killed more than SARS and MERS in absolute value.

John Allen Paulos, a professor of Mathematics at Temple University in Philadelphia, Pennsylvania, also argues that we’re reading the coronavirus numbers wrong and that the low fatality rate of COVID-19 is just “based on what we know so far.”

“Remember, too, that even if only a small percentage of the people infected with COVID-19 die in the end, the death toll in absolute numbers could still be dreadful if the total population of infected turns out to be very large,” he wrote in a New York Times piece published on February 18.

Where did they spread?

Both SARS and COVID-19 spread to 29 countries, while MERS was recorded in 27 countries.

Majority of the COVID-19 cases were recorded in China – accounting for 98.9% of the total cases as of February 18. Outside China, only 896 cases have been so far recorded, and only 5 deaths have been confirmed.

(Map does not include the 454 cases from the Diamond Princess cruise ship, which were recorded by WHO under “International conveyance (Japan).”)

This suggests that outside its epicenter, the case-fatality rate of COVID-19 is significantly lower – only about 0.56%.

SARS was more widespread, with about 34.2% of all cases recorded outside China. MERS cases outside Saudi Arabia accounted for 15.8% of the total.

However, Marc Lipsitch, professor of epidemiology at the Harvard T.H. Chan School of Public Health and head of the School’s Center for Communicable Disease Dynamics, believes it’s just a matter of time before 2019-nCoV spreads widely internationally.

“Unfortunately, I think it’s more likely to be that it’s gathering steam,” Lipsitch told The Harvard Gazette. He argued that there are probably cases in other countries that are left undetected, most likely because of deficiencies in diagnostic capabilities.

For instance, Singapore – which is known to have an advanced healthcare system – has reported the most number of confirmed cases in Southeast Asia with 77 cases as of February 18. Meanwhile, Laos and Myanmar, which border the Chinese province of Yunnan, have not reported any cases yet as of writing.

“There are countries that really should be finding cases and haven’t yet (…) So our best guess is that there are undetected cases in those countries,” Lipsitch said. – Rappler.com