Doing their part: How Muslims in Singapore help fight coronavirus

Mar 7, 2020 10:31 AM PHT
Paterno Esmaquel II
Facebook Twitter Copy URL
Copied
It's not enough to trust in God without humans doing their part, says the Islamic Religious Council of Singapore 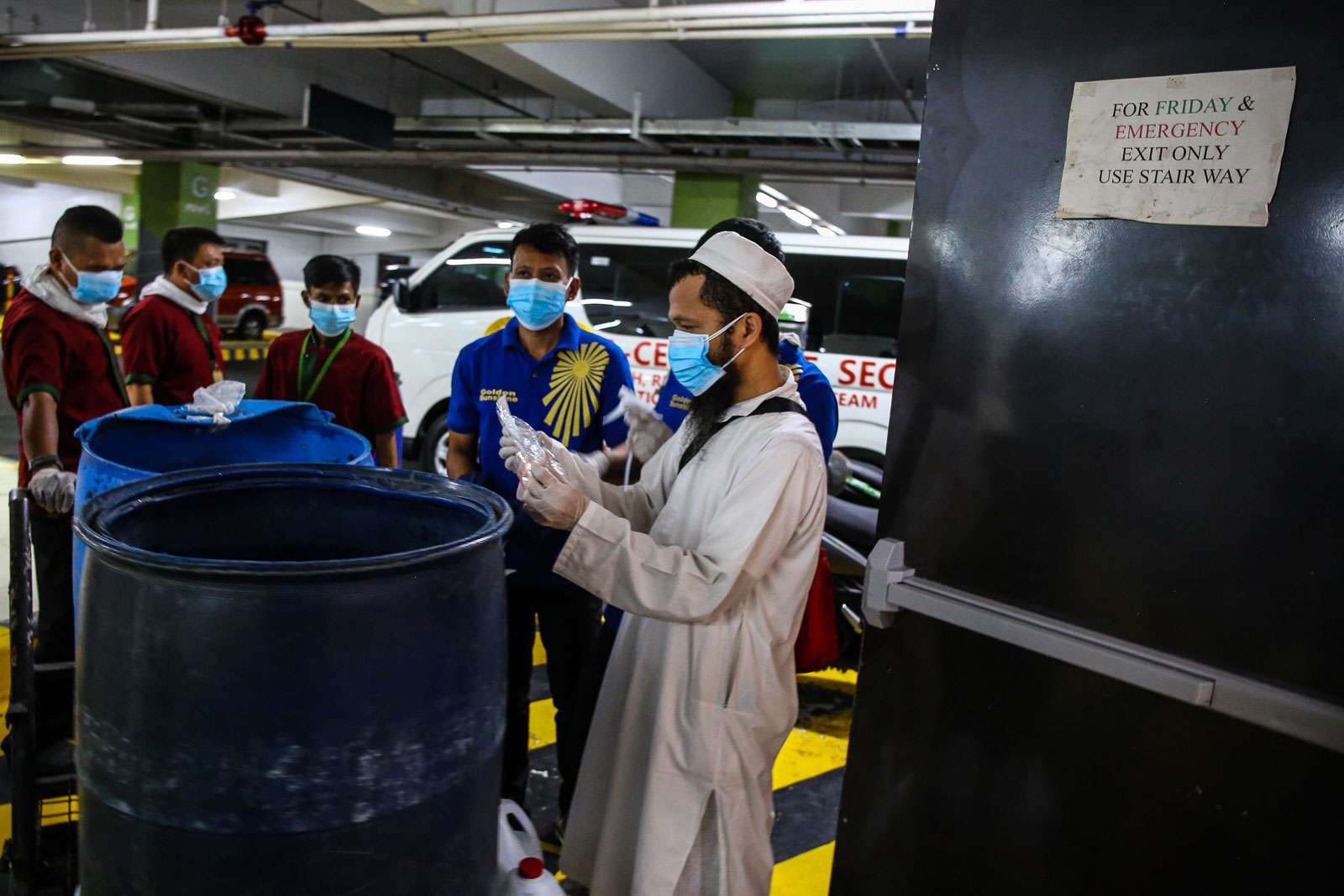 SINGAPORE – The 5th novel coronavirus patient in the Philippines, a 62-year-old male who frequents a Muslim prayer hall in a Manila suburb, drew attention to how prepared the Muslim community is to deal with the virus.

The Muslim prayer hall in Greenhills, San Juan City, has been temporarily closed, but safety concerns remain across the Philippines.

What can Muslims in the Philippines learn from their brothers and sisters in Singapore, one of the countries that has most effectively dealt with the novel coronavirus?

The Islamic community in Singapore, where Muslims make up 14% of the population, has put in place precautionary measures against the novel coronavirus disease called COVID-19. This is in line with the call of the Singaporean government for all sectors of society, including religious groups, to join the fight against the disease.

In this city-state, the Islamic community is overseen by the Majlis Ugama Islam Singapura (MUIS), also known as the Islamic Religious Council of Singapore. On February 7, MUIS released an irsyad or religious guidance on managing the novel coronavirus situation, following a similar advisory regarding the disease. The irsyad draws from  health advisories and also from their country’s experience in dealing with the Severe Acute Respiratory Syndrome (SARS) in 2003.

The irsyad contains measures such as bringing their own prayer mats and avoiding the shaking of hands, a controversial though necessary measure for Muslims here. Read excerpts from the irsyad below:

The advisory against the shaking of hands has been controversial for Muslims in Singapore. For many of them, shaking hands is a sunnah, one of the teachings of the Prophet Muhammad. Thus, according to critics of this measure, this measure goes against Islam.

Mufti Dr Mohamed Fatris Bakaram, then the head of MUIS, however reminded Muslims in Singapore, “It is true that shaking hands is a sunnah, but note that it is also true that the practice of not shaking hands in times of an infectious disease is also a sunnah.”

He said that “to insist on shaking hands when there is a spread of an infectious disease is contrary to sunnah.”

“The Prophet called upon us, his people, to avoid infectious diseases,” Fatris said. “Thus we should not be so preoccupied with leaving matters to Allah to the extent that we do not heed what our Prophet has taught us.”

The Muslim leader continued: “Allah created life and death. It is true that one who perishes because of an infectious disease can be considered as a martyr, but only after he has made sufficient effort and taken preventive measures before his death. Hence we should never disregard the Prophet’s advice on taking any precautions and treatments.”

MUIS, in another Facebook post, said it is not enough to trust in God (as in the Muslim concept of tawakkal) without doing their part.

“In the midst of the current situation we are facing, is it enough to say that tawakkal in Allah will protect us even without any accompanying effort?” MUIS asked.

The Muslim council explained: “Verily, the true concept of tawakkal is to put in due effort before surrendering the outcome to Allah s.w.t. Hence in this trying time, we should take the necessary precautions to ensure that our health is not compromised. We should wash our hands with soap, cover our mouth when coughing and avoid physical contact (like shaking hands).”

While the public Masses will resume on March 14, the Catholic Church said parishioners who feel that going to church is unsafe can do so without breaking church law. – Rappler.com