7 women who made Philippine history 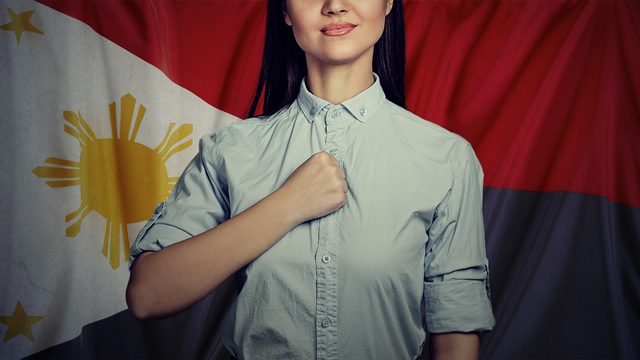 MANILA, Philippines – Philippine history is full of names who many have come to know as heroes: Jose Rizal, Andres Bonifacio, and Apolinario Mabini, to name only a few. But as the past shows, several female figures have also rightly earned their place in history.

From fighting for Philippine independence, venturing into the battlefield themselves, and championing women’s rights, Philippine history has shown women constantly broke barriers to improve the lives of those around them.

For women’s month in March, Rappler highlights 7 Filipinas whose stories should be remembered.

Marquez-Benitez was a familiar figure in the University of the Philippines campus, where she taught in the English department from 1916 to 1951. As a professor in the university, she created a course in writing short stories and taught some of the country’s most prominent writers. Among her students were Loreto Paras Sulit, Paz Latorena, Bienvenido Santos, Manuel Arguilla, S.P. Lopez and National Artist Francisco Arcellana. According to the Ateneo Library of Women’s Writings, Arcellana would later go on to call Marquez-Benitez “the mother of us all.”

Aside from her career in writing, Marquez-Benitez was also a champion of women’s education. She was among the founders of the Philippine Women’s University, which she established with Clara Aragon, Concepcion Aragon, Francisca Tirona Benitez, Carolina Ocampo Palma, Mercedes Rivera, and Socorro Marquez Zaballer.

The university was the first university for women in Asia, founded by Asians.

Trinidad Tecson is the first Filipina known to have taken part in the sacred blood pact or Sandugo. She was given the title “Ina ng Biak-na-Bato” or Mother of the Biak-na-Bato Republic after putting up a facility to care for those wounded from fighting.

Tecson herself was on the battlefield alongside Katipuneros, braving 12 battles with fellow revolutionaries. She fought under 5 Filipino generals, including Emilio Aguinaldo, Gregorio del Pilar, Isidoro Torres, and Mariano Llanera.

Tecson also fought against the Americans until she fell ill and sought treatment in Manila.

Tecson was known as the “Mother of the Philippine Red Cross” as she nursed many injured Filipino soldiers along with a group she organized.

When the Philippine-American war was over, she remained a woman who provided for herself as she focused on her business in Nueva Ecija after her second husband died.

Though she is most popular for creating the household Filipino staple, banana ketchup, Maria Orosa was a celebrated war hero credited with saving thousands of Filipino’s lives.

Orosa did most of this with the belief that the Philippines could be self-sufficient as it possessed a wide array of resources and products. After studying in the United States and earning her bachelors in food chemistry in 1918 and masters degree in pharmaceutical chemistry in 1921, Orosa became assistant chemist for the state of Washington. She later chose to come home in 1922 and ended up working in the Bureau of Science’s food preservation division.

With her Health, Heart, Head and Hand clubs, Orosa taught women in different provinces how to raise poultry, plan nutritious meals, and preserve food. She is also credited with inventing various products from native ingredients like calamansi, coconut, tamarind, and cassava and was known for creating the palayok – a clay oven which those who do not have access to electricity can cook with.

But Orosa’s inventions were crucial not only in developing the Philippines’ food security.

As a captain of the Marking’s Guerrillas, one of the many guerrilla groups who fought in World War II, Orosa’s other inventions, Soyalac and Darak, were crucial in keeping alive Filipino and American soldiers held prisoner by the Japanese.

Soyalac, a protein-rich powdered soybean product and Darak, a rice by-product high in vitamins, were smuggled into Japanese-run camps such as those at the University of Santo Tomas, where food supply was scarce and sanitation was poor. The products fed imprisoned soldiers and kept many of them alive.

Orosa would go on to use her expertise in defending the Philippines during the war despite many of her friends and family’s constant pleas for her to leave the country. She later died in 1945 during the Battle of Manila, when she was hit by shrapnel while being treated at the Malate Remedios Hospital.

Earlier in March 2020, archaeologists from the University of the Philippines-Diliman found Orosa’s grave marker as they dug up remains of the victims of the Remedios hospital bombing. Though not as popular as other female Katipuneras, Agueda Kahabagan, or “Henerala Agueda,” is known as the first and only female revolutionary general of the Philippines.

Described as a woman who was “fearless,” accounts claimed Kahabagan would often be seen dressed in white, armed with a rifle and bolo, during frequent combat with Spanish and American forces.

She was reported to have joined General Artemio Ricarte during the attack on a Spanish garrison in San Pablo, Laguna in 1897. This was reportedly one of the factors that pushed General Pio del Pilar to recommend to Emilio Aguinaldo that she be named a general, years later on April 6, 1899.

Kahabagan later joined the revolution against the Americans. She was then captured by American forces in 1902.

A feminist, historian, and Rizalist, National Scientist Encarnacion Alzona was a pioneering woman in each endeavor she set her heart and mind on.

From being the first Filipino woman to earn a doctoral degree, Alzona also chaired the University of the Philippines (UP) history department, was elected UP regent, and was named a national scientist in 1985.

Alzona had dedicated her life’s work, as the National Academy of Science and Technology said, to 3 important pursuits: to fight for better conditions for women across society, contribute to studies on Philippine history, and popularize the works of Jose Rizal. (Alzona was a distant relative of Rizal.) A renowned academic, the Ateneo Library of Women’s Writings had described Alzona’s canon of work as one whose “breadth, scholarship and insight established her reputation as the first and foremost woman historian of the Philippines.”

But more than being a scholar, Alzona also served as a member of former president Manuel Quezon’s guerrilla unit, where she was responsible for safekeeping cash and important documents.

As one of the Philippines’ leadings suffragettes, Alzona used her academic background and experience to advocate for Filipino women’s right to vote. She wrote numerous articles on the matter and called out issues – like the conservative nature of the Philippine legislature – as one obstacle that hindered efforts to make women voters.

“The opponents of women suffrage in our parliament have paid in rare moments of inspiration many flattering comments to Filipino womanhood, but intelligent women demand that compliments should be more substantial,” Alzona said in a Tribune article published in 1926.

Her work, along with other suffragettes’ efforts led to an overwhelming number of women (90%) who participated in a 1937 national plebiscite voting “yes” to allowing the Filipino woman to vote.

Born in Kalinga, Magdalena Leones was 22 years old and studying to become a nun when World War II broke out. She later became an intelligence officer for the United States Army Forces in the Philippines-Northern Luzon, where she served as a special agent who risked her life carrying important intelligence data, radio parts, and medical supplies.

Leones was arrested 3 times by Japanese forces. After she refused to surrender during the Fall of Bataan, Leones learned how to speak Niponggo in jail and use the valuable skill to save Filipinos’ lives.

Aside from this, Leones was also known to be able to note enemy ships, their contents, and their captains. She later kept a low profile after the war and moved to California in 1969 where she worked as a clerk.

An unsung hero, Leones was the only Asian female and Filipina to receive the Silver Star Medal – the third highest American military decoration awarded for “gallantry in action against an enemy of the United States.”

After she died in 2016, the Philippine Veterans Affairs Office said Leone’s life was a “testament that women are also capable of defending our motherland.”

“Her life embodied service and love for her fellow Filipinos, especially for her comrades who joined the guerrilla resistance movement and who are in need of government attention and support,” it said.

Remedios Gomez-Paraiso grew up with her father, who was mayor of Mexico, Pampanga, always teaching her to fight for marginalized people’s rights. This upbringing influenced her actions as she would play an active role in her town’s youth and peasant organizations and later fight for Philippine independence. While she lived a relatively comfortable life growing up, Gomez-Paraiso’s life changed when Japanese forces arrived in her hometown in 1942. As mayor, her father was the first casualty in their town after the Japanese captured, tortured, and executed him for resisting their forces.

Her father’s death was among the factors that pushed Gomez-Paraiso to join the Hukbalahap, where she earned the name “Kummander Liwayway.”

“Rather than die without putting up a resistance, we have to defend ourselves,” she was quoted as saying in a 1993 interview.

As a member of the guerrilla forces, Gomez-Paraiso was tasked with caring for the sick and securing food for members. But having shown her resourcefulness and bravery on several occasions, she later ventured into the battlefield as a fearless warrior who led her squadron to many victories against the Japanese.

In a 2009 interview part of the book “Kummander Liwayway,” Gomez-Paraiso was quoted as saying Filipino women, as much as their male counterparts, “dedicated their lives to a noble cause not only to drive away the Japanese invaders but to pursue the struggle for genuine freedom, true justice, and democracy.”

One of the stories that long endured after the war was how Gomez-Paraiso remained true to what she was, even when going into battle. That is, with combed hair, manicured and polished nails, and a fresh coat of lipstick.

More than this boosting the confidence of her troops, Gomez-Paraiso later said that in doing so “I am also fighting for the right to be myself.” – Rappler.com