In this order: Lorenzana, Año, Galvez to lead task force vs coronavirus 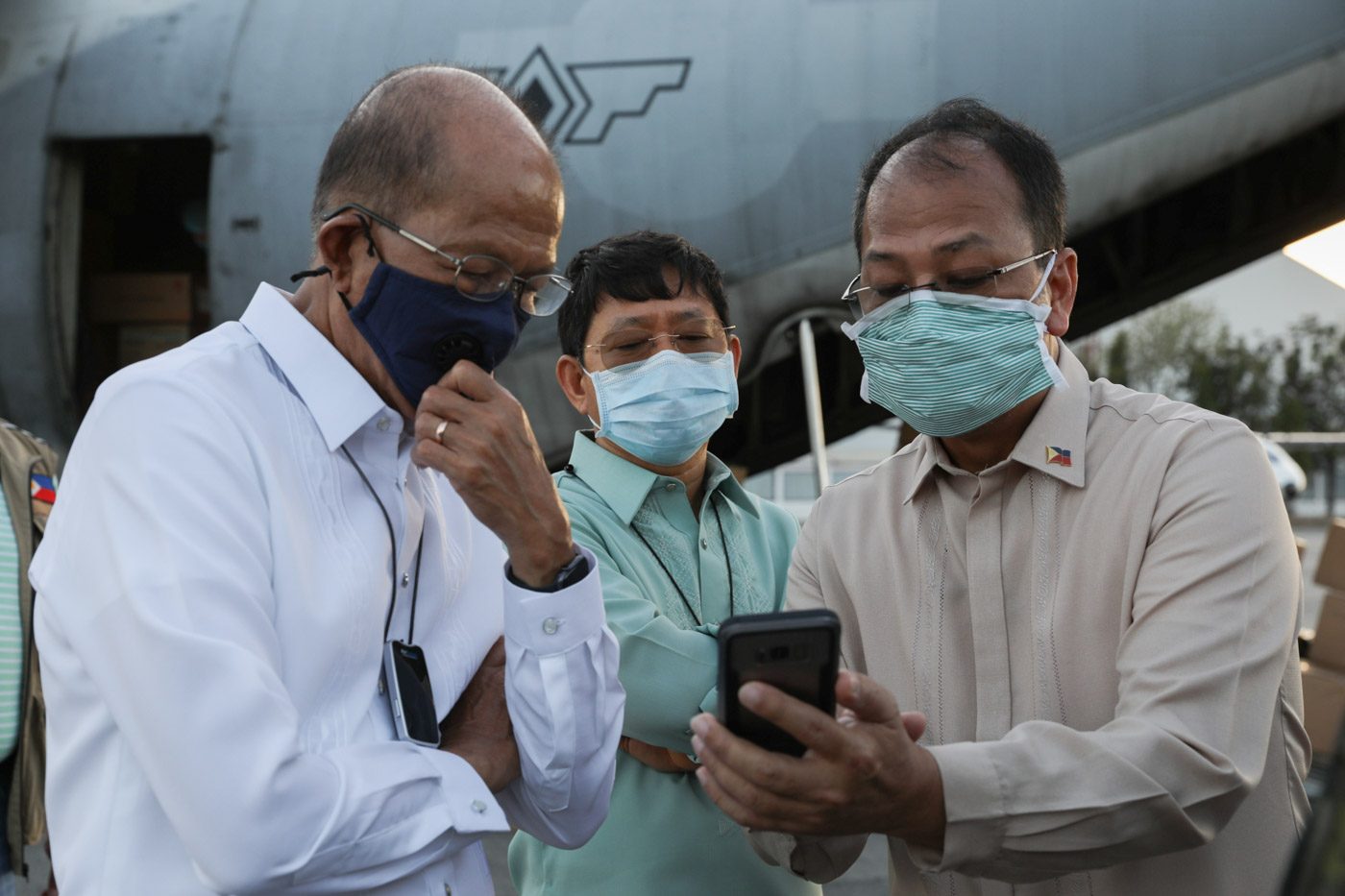 Facebook Twitter Copy URL
Copied
(UPDATED) The 3 ex-generals are at the helm of government’s plan to quell the pandemic, and their positions in their new task force reflect the military rule of seniority

Defense Secretary Delfin Lorenzana is overall head of the NTF as its chair and commander. Under him is Interior Secretary Eduardo Año as vice chair. Their “third man” is Peace Process Secretary Carlito Galvez Jr as chief implementer.

Galvez explained this to Rappler on Thursday night, March 26, shortly after Malacañang announced his appointment as chief implementer.

Año was originally designated chief of the NTF’s National Incident Command, but the post was reassigned to Galvez Friday night, March 27. Malacañang did not provide a reason for the reassignment.

Año said on Thursday, March 26, he was going on self-quarantine after having been in the same room as ACT-CIS Representative Eric Go Yap, who was mistakenly told he was positive for the coronavirus. The Research Institute for Tropical Medicine took back Yap’s positive diagnosis Friday afternoon, saying it was a clerical error.

On Friday morning, March 27, Lorenzana made a statement welcoming Galvez’s appointment to the task force he is leading.

“I look forward to working with Secretary Carlito Galvez Jr as the Chief Implementer of the government’s efforts to combat the spread of COVID-19 under the National Action Plan,” Lorenzana said.

“Secretary Galvez, Secretary Año, and I will ensure that the government’s lockdown measures are strictly enforced. We shall also take charge of the logistics of the government effort against COVID-19 so that the frontliners and health workers can focus on their job of tracing, isolating and treating victims of the virus. We shall also manage the transportation requirements of the NTF and IATF,” the defense chief added.

The Inter-Agency Task Force (IATF) on Emerging Infectious Diseases, led by the Department of Health, will be the policy-making body parallel to the NTF, which will enforce those policies.

Galvez “will manage the day-to-day operations of the task force,” Lorenzana said.

Although as Cabinet secretaries, the 3 men are of equal standing in terms of their authority, the military strictly observes the rule of seniority. Their positions in the NTF COVID-19 reflect that order: Lorenzana is the most senior, and Galvez, the most junior.

With this, Duterte expects them to bring military rigor to the government’s measures to address the pandemic.

The reason the President appointed ex-military men to lead the implementation of the NAP is “their culture of discipline, obedience to superiors, training in organization, tactical strategies in fighting the enemies of the state, and thorough preparedness in organization,” Presidential Spokesperson Salvador Panelo said in a statement on Friday.

“They are not embroiled in bureaucratic rigmaroles. They abhor useless debates, they are silent workers, not voracious talkers. They act without fanfare. They get things done,” Panelo added.

There are several other former military men in Duterte’s Cabinet besides the 3.

Lorenzana will have to rely on Año and Galvez to do the legwork for the task force in the next two weeks, as he has gone on self-quarantine beginning Friday.

Less than two hours after welcoming Galvez, the defense chief informed reporters that he was going on self-quarantine because he had come into contact with military chief General Felimon Santos Jr, who had tested positive for the virus.

Lorenzana said he had no symptoms of the disease, and he was just following the protocol for persons under monitoring (PUM), which is to self-quarantine for 14 days.

Beyond the general mandate of the NTF stated by Lorenzana, the government has given few specifics about the plan.

The entire island of Luzon and many other parts of the country are on lockdown or “enhanced community quarantine” as an attempt to slow down the spread of the novel coronavirus.

Luzon is set to remain on lockdown until April 12, and Metro Manila, until April 14. Whether the rate of the contagion will have slowed down by then – the steep curve of infected cases flattened to make it more manageable – is uncertain.

With less than 3 weeks left to the lockdown, the 3 ex-generals are expected to tighten the government’s strategy on the ground. They will not make new policies – that’s the IATF’s territory – and all they are expected to do is to enforce what orders are handed down to them.

“Once again, I call on the Filipino people to exercise their civic duty and manifest their patriotism by following the lockdown. Let us all do our part in stemming the spread of infection and flatten the curve as soon as possible,” the task force chief said. – Rappler.com