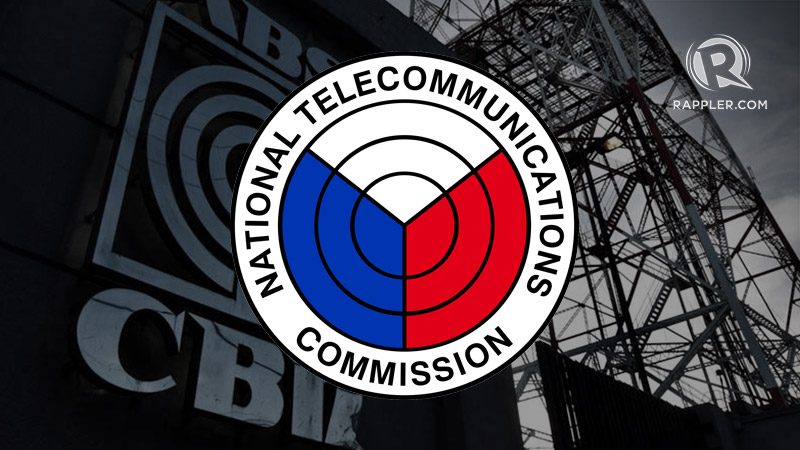 The NTC issued a cease and desist order to halt the media company’s television and radio broadcasting operations a day after its congressional franchise expired. The order is “immediately executory” but ABS-CBN was given 10 days from the receipt of the order to explain why its frequencies should not be recalled.

The NTC order is the latest development in the years-long tussle between ABS-CBN and President Rodrigo Duterte. (READ: TIMELINE: Duterte against ABS-CBN’s franchise renewal)

Read on to know more about the agency that shut down the country’s biggest broadcasting network.

What is the NTC?

The NTC is a sole body that has supervision, adjudication, and control over all telecommunications services in the Philippines – including radio stations, wire or wireless telephone systems, cable companies, satellite television providers, and internet services.

The regulatory agency was formed in July 1979 through former president Ferdinand Marcos’ Executive Order No. 546.

What powers does the NTC hold?

The NTC has regulatory and quasi-judicial functions. It is under the administrative supervision of the Department of Information and Communications Technology (DICT), but its decisions are appealable to the Court of Appeals and the Supreme Court.

The NTC’s powers are more defined in two major laws: the Radio Control Law and the Public Telecommunications Policy Act of 1995.

The two laws give the NTC the power to regulate the installation, operation, and maintenance of broadcasting stations for private and public use in the country. The NTC grants permits for the use of frequencies for radio, television, telephone systems, and broadband services.

The commission also has the power to conduct investigations into complaints and demand service standards compliance from telecommunications companies.

Likewise, the NTC manages the radio spectrum in the Philippines and supervises broadcasting stations. It also regulates cable television and pay television through executive order No. 546 and No. 205.

Who runs the NTC?

The NTC is headed by a commissioner and has 4 divisions, 6 branches, and 15 regional offices. As of May 2020, the NTC Commissioner is Gamaliel Cordoba. He has been commissioner since 2009 when he was appointed by former president Gloria Macapagal Arroyo.

What were NTC’s other major decisions?

Deputy Commissioner Cabarios told Inquirer.net that the move to issue a cease and desist order vs ABS-CBN was “the first time” the agency did such a thing in history. But the commission had made the headlines even before this.

In 2018, the NTC held a public bidding for the selection of the country’s 3rd telco provider, which was touted to break the duopoly between Globe Telecom and Smart Communications. Mislatel Consortium eventually won the bidding war. (READ: FAST FACTS: Mislatel, the new major telco player)

The NTC’s decision was questioned by critics mainly because Mislatel’s major shareholder is Dennis Uy, a major campaign donor of Duterte. It also raised security concerns as China Telecom, which is owned and controlled by the Chinese government, is part of the consortium. (READ: [ANALYSIS] Disturbing red flags in the 3rd telco selection)

What are the main services offered by the NTC?

The broadcast services division issues permits to stations that allow them to purchase, possess, construct, and import. It also gives the licenses for radio and television broadcast stations and cable television stations.

The equipment standards division issues the certificates and permits for communications equipment.

The NTC, through its legal branch, also handles all requests for blocking of lost or stolen mobile phones, complaints on spam messages and other communication threats, and complaints regarding services from telecommunications service providers.

Each regional office is responsible, too, for issuing operator certificates, permits, and licenses within their jurisdiction. – Rappler.com