How other countries are reopening schools during coronavirus pandemic 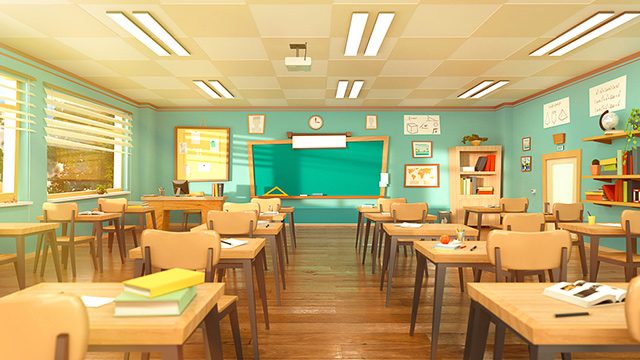 MANILA, Philippines – The school opening during the coronavirus pandemic has become a hot topic on Philippine social media in the past few days.

President Rodrigo Duterte himself rejected moves to reopen schools on August 24 due to the lack of COVID-19 vaccine, clashing with the Department of Education’s (DepEd) earlier announcement that it could resume face-to-face classes in areas with relaxed quarantine protocols.

Malacañang later clarified that the President was referring to physical classes. Health Secretary Francisco Duque III had also said that opening classes would be “safe” as long as health protocols are observed.

DepEd Secretary Leonor Briones earlier said that distance learning is a major component of learning delivery for the incoming school year. Distance learning means lessons will be delivered outside the traditional face-to-face setup.

In areas where classes would be conducted face-to-face, DepEd said that physical distancing and health safety protocols should be observed.

Parents and students had criticized the DepEd’s decision, as the finances of households had been affected by quarantine policies. Some questioned the soundness of the policy as some households don’t even have access to the internet or to a computer. (READ: No student left behind? During pandemic, education ‘only for those who can afford’)

Meanwhile, a group of private schools on Tuesday, May 26, said that prolonged class suspension will “strain and put more pressure on our already failing economy.”

The group said that a prolonged class suspension means that parents of 27 million basic education students would need to stay at home to take care of their children and not be able to work.

How are other countries reopening their schools in the middle of the pandemic? What can the Philippines pick up from their experiences?

According to a South China Morning Post report, 9 mainland provinces in China had reopened for graduating students as of early April. High school seniors in Beijing, Shanghai, and Guangzhou returned to school only on April 27 to prepare for their college entrance exams.

The Ministry of Education in China has required schools to check the temperature of students at school’s entrances. Students will also need to show they have a “green” code on an app which calculates their risk before being allowed back to class.

The Chinese government has been using the app to check the health status of students.

Students have to fill out a questionnaire integrated in an app that asks for details like body temperature and health background. The software analyzes the data provided and generates a color code: green, yellow, or red. Each color identifies a person’s health status.

Those with “yellow” and “red” colors are not allowed to enter school premises. A red code means a student either has COVID-19, had a fever, or other symptoms. Meanwhile, yellow means a student had contact with another infected person, but hasn’t finished the two-week quarantine required.

Some students were also given personal thermometers and are required to take their temperature twice a day while at school.

Meanwhile, some schools in Shanghai have designated rooms for students with fever.

Taiwan has been successful in the fight against COVID-19. The country has become the model nation for containing the spread of the virus. (WATCH: Rappler Talk: Taiwan’s Ambassador Peiyung Hsu on fighting the coronavirus)

While most countries have decided to close schools during the pandemic, Taiwan did not do so but only extended the winter break for 10 days to disinfect school facilities and to plan for preventive measures.

Aside from temperature checks, some schools in Taiwan are using plastic dividers on desks as added measure.

Denmark, Norway, and Germany have been opening classes in phases.

Norway and Denmark have initially opened classes for primary schoolers.

The Norwegian government has urged schools to divide classes into groups of no more than 15 and have students wash their desks daily.

Germany has already begun opening schools for graduating students. A report said that all students will be allowed to return to class gradually during the summer term.

In Israel, middle school students returned to schools on May 17.

According to a report, 20 students per class will meet two or 3 days per week, depending on whether or not they share their building with older students.

Students and teachers are also required to wear face masks inside the school premises.

What do you think the Philippines can do when schools decide to start face-to-face classes? Sound off in the comments. – Rappler.com