Facebook Twitter Copy URL
Copied
It's been a year since the deadly Two Serendra explosion at The Fort. Here's what happened in the months past.

MANILA, Philippines – On this day last year, an explosion rocked a posh condominium building at the Bonifacio Global City in Taguig City.

The Two Serendra blast on the night of May 31, 2013, took the lives of 4 people, including the person who occupied the condo unit at the time of the explosion.

A 4-month investigation concluded that the blast was caused by a liquefied petroleum gas (LPG) leak.

This is not the first time an explosion involved a property of Ayala Land Inc (ALI). The 2007 blast at the Glorietta 2 shopping mall in Ayala Center, Makati City killed 11 people and injured numerous others.

To mark the first year anniversary of the Two Serendra blast, here is a timeline of events that happened since that night.

May 31
An explosion tears through Unit 501B of Two Serendra in Bonifacio Global City, Taguig at around 8 pm. The blast kills 3 people aboard an Abenson truck that was pinned by a wall, which fell from the unit. It also injures at least 4 residents and damages 10 other condo units in the building.

(See photos and videos of the blast aftermath here.)

At around 10:30 pm, President Benigno Aquino arrives at Serendra to inspect the scene of the explosion. Department of the Interior and Local Government (DILG) Secretary Mar Roxas says that the president went to Serendra because of the unique circumstances of the explosion.

June 1
Families of the 3 people onboard the pinned Abenson truck seek an explanation for the blast.

The two other Abenson employees killed in the blast are Marlon Bandiola from Cavite and Sallymar Natividad from Bulacan. June 2
Local Government Secretary Mar Roxas says there is a slim chance that the explosion was caused by a bomb, as investigators and bomb-sniffing dogs have not found traces of bomb chemicals or fumes.

June 4
Raymond Fortun, lawyer of unit owner George Cayton, says the apartment was supposed to undergo final inspection after renovations were done between April to May.

While the Serendra management had not cleared the unit for leasing, they approved the Cayton family’s request to lease the space to Angelito San Juan from May 31 to June 8.

San Juan, 63, was among the injured. He is a family friend of the Caytons and was visiting from Los Angeles to attend a wedding.

Meanwhile, Two Serendra developer Ayala Land Inc (ALI) gives assurances they will “continue to look into the condition and welfare of those who were affected.” Residents of the affected Serendra buildings are provided temporary lodging.

On the day of the blast, however, a scheduled maintenance of electrical facilities cuts off power supply to some buildings which consequently turns off the units’ gas detectors. Serendra’s maintenance office says that while the detectors are not connected to an uninterrupted power source, they should have continued to function. A resident is adamant that not a single outlet was working at the time.

June 7
George Cayton’s daughter, Marianne Cayton-Castillo, comes home from California, where she and her family are based, to cooperate in the investigation.

Meanwhile, Roxas says the investigation rules out a bomb as the cause of explosion. He further states that the blast was most likely caused by an LPG. The source of the leak is not yet identified.

Energy Secretary Jericho Petilla says the Department of the Interior and the Local Government has asked Bonifacio Gas Corporation, the supplier of piped-in gas in Global City, to cite the possible reasons for the explosions.

Ty lobbies for the approval of the LPG Regulation and Safety Act in the 16th Congress. The bill “sets comprehensive and rigorous standards for the safe storage, refilling, distribution, transportation and consumption of LPG.”

June 10
Roxas says it is too early in the investigation to point fingers. Among the things the probers are looking into to assess liability are the thoroughness of maintenance in the building, and whether the safety devices in the units are fully functioning.

They also ask if the renovations done in the unit were overseen and if the gas supplied to the building is odorless. (READ: Roxas: Ayala not yet liable for Serendra blast)

June 11
News surfaces that Serendra did not oversee the renovations. According to the documents surrendered by Castillo to Roxas, the Serendra management was not responsive during the renovations.

According to the e-mails sent by Castillo’s interior designer, Serendra did not perform a final inspection of the unit. The renovation in the unit finished just two days before the blast.

June 13
In a forum with stakeholders, Roxas announces that gas detectors are now mandatory for all buildings and establishments that connect to Bonifacio Gas Corporation’s piped-in gas system. Bonifacio Global City is the first to have the said system in the country.

Meanwhile, ALI president Antonino Aquino tells Rappler that it could take 6 months before the affected residents could move back to their units in Two Serendra. Aquino also says that ALI will conduct safety checks across all its development projects and brands.

June 19
Pilipinas Shell Petroleum Corporation, the gas supplier of Bonifacio Gas Corporation, announces that it injects more than the required quantity of ethyl mercaptan odorant to the gas they supply. However, residents claim they did not smell anything foul on the day of the explosion.

June 29
ALI releases a memo of its decision to permanently shut off the LPG system in both One and Two Serendra, promising to replace the unit owners’ gas ranges with electric stoves. 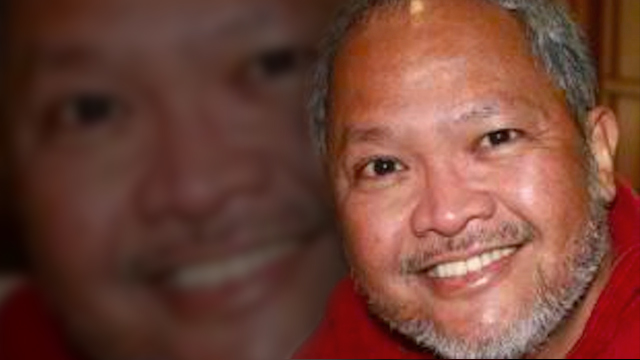 July 4
Angelito San Juan dies after suffering from multiple complications, bringing the number of casualties to 4. The blast happened while he was on his way out of the Unit 501B, causing 85% of his body to be burned.

July 10
The Bureau of Fire Protection (BFP) requires unit owners at the Bonifacio Global City to self-inspect their gas systems. BFP says a checklist for inspection would be handed out to residents.

October 3
Roxas discloses in a press conference that the blast was caused by the “negligence” of the unit owners and 4 companies: Two Serendra, Bonifacio Gas Corporation, and the Makati Development Corporation (MDC) – all owned by the Ayala group of companies – and the construction firm of RM Ladrido that took care of repairs in Unit 501B.

The results came from separate investigations by an inter-agency task force and Kroll Associates.

Ennah Tolentino is a Rappler intern.