INFOGRAPHIC: How much are public school teachers getting? 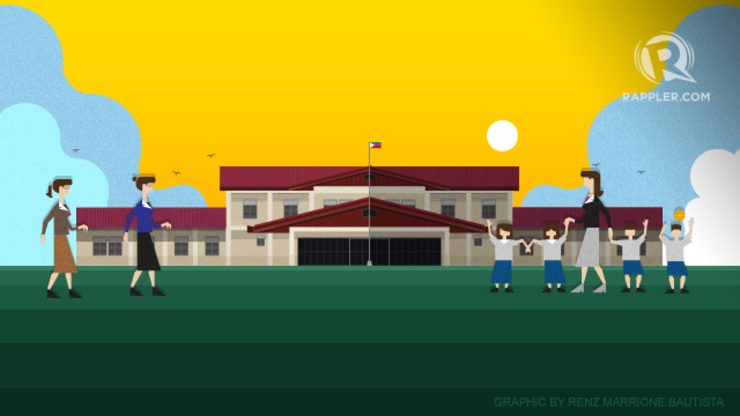 MANILA, Philippines – Senator Loren Legarda on Friday, August 15, joined at least 3 other lawmakers pushing for the salary increase of public school teachers in the Philippines.

But this bill is not the first of its kind.

During the time of President Gloria Macapagal Arroyo, the minimum salary of public school teachers saw gradual increases over a 4-year period by virtue of Executive Order no. 811:

Once Tinio’s bill is enacted, the minimum pay of non-teaching personnel will also be raised from P9,000 ($206) to P15,000 ($343) a month. Salaries for higher positions will also be adjusted accordingly.

Meanwhile, Senator Juan Edgardo Angara is pushing for an even higher minimum salary of P33,859 ($775) for public school teachers. This is an upgrade from Salary Grade 11 to Salary Grade 19. (READ: When passion-driven teaching succeeds)

Because of the “unattractive salary levels,” public schools have failed to attract the best and brightest graduates from top colleges and universities, Angara said. The increase, he said, can help teachers strive for excellence, resulting to better quality of education in the country. (WATCH: DepEd aiming to hire and keep best and brightest teachers)

Below is a checklist of what public school teachers are getting, according to the education department.

Calls for higher salaries are getting mixed reactions from lawmakers and Cabinet officials.

Presidential spokesperson Edwin Lacierda said government will have to assess the proposals: how much they will impact the national budget, and the sources of revenue that will support them. (READ: US teachers earn 7-8 times more than Pinoy counterparts)

Do you think they’re getting enough? How much minimum salary would you suggest they get? Tell us in the comments section below. – Infographic by Renz Marrione Bautista/Rappler.com