FAST FACTS: The life and legacy of Apolinario Mabini 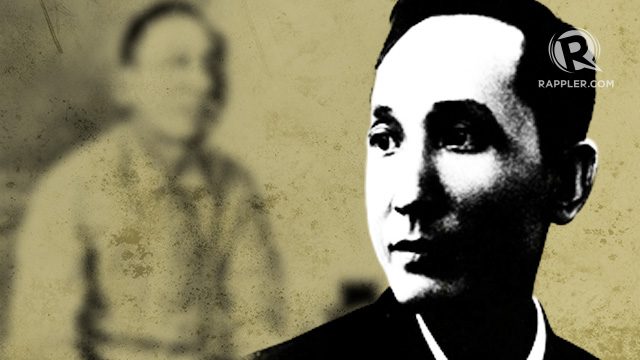 MANILA, Philippines – In front of the National Library building in Ermita, Manila, are statues of two prominent Filipino intellectuals. On the right of the building’s entranceway is the statue of a man who may not be connected with the National Library’s history, but is nonetheless an important figure in Philippine history.

It is a fitting tribute to Apolinario Mabini, aptly called “The Brains of the Revolution” and “The Sublime Paralytic.”

From his hammock and rattan chair, Mabini helped shape the Philippine Republic under president Emilio Aguinaldo. Unable to fight on the battlefield due to paralysis in both legs, Mabini instead used his brilliance through his written works to inspire Filipinos in pursuing the struggle for Philippine independence.

Born on July 23, 1864, in Tanauan, Batangas, Mabini is the second of 8 children of an illiterate peasant and a public market vendor.  However, Mabini overcame poverty and became a lawyer.

In 1898, he became Aguinaldo’s chief adviser during the Philippine Revolution. He was Prime Minister and Secretary of Foreign Affairs in Aguinaldo’s Cabinet from January to May 1899.

He was arrested by the Americans on December 1899 during the Philippine-American War, and was exiled to the island of Guam in the Pacific in 1901. He returned to the Philippines in 1903, but died months later due to cholera. He was 38. (QUIZ: How well do you know Apolinario Mabini?)

In celebration of his 150th birth anniversary, here are more interesting facts on the life and legacy of Apolinario Mabini.

1. Mabini’s mother wanted him to be a priest.

In his memoir, La Revolucion Filipina (The Philippine Revolution), Mabini wrote that his mother, Dionisia Maranan, aspired for him to be a priest.

But Mabini said that priesthood was not meant for him. He wrote, “I am, however, convinced that the true minister of God is not one who wears a cassock, but everyone who proclaims His glory by good works of service to the greatest possible number of His creatures.”

In 1894, he earned his law degree at the University of Santo Tomas, and admitted to the bar the following year.

2. Syphilis did not cause Mabini’s paralysis.

Mabini was struck down by paralysis in early 1896. Perfoming an autopsy on Mabini’s remains almost a century later in 1980, doctors from the National Orthopedic Hospital concluded that polio caused his paralysis.

According to historian Ambeth Ocampo, the syphilis rumor might have been started by Mabini’s detractors in government, who called him “The Dark Chamber of the President” for having the ear of Aguinaldo as his adviser and thus being able to persuade him on certain issues.

3. Mabini was a member of the reformist La Liga Filipina before joining the revolution.

He joined the revived La Liga Filipina in 1893, and became the secretary of its Supreme Council. The group advocated reforms in society and sought the audience of the Spanish Cortes (legislature). It also helped finance the La Solidaridad in Spain.

Mabini also joined a lodge of the Philippine Masonry. Using the nickname Katabay, he became the Grand Orator of its Regional Grand Council. 4. Mabini wrote significant presidential decrees, his own version of a Philippine constitution, and a code of ethics for Filipinos.

As President Aguinaldo’s adviser, Mabini was entrusted with writing decrees for Aguinaldo’s signature. Some of these decrees laid the groundwork of the new Philippine Republic.

The decree of June 18, 1898, for instance, reorganized the local governments in provinces already liberated from Spanish control. It also mandated the election of local leaders and representatives in Congress.

Another decree, issued on June 23, formalized the shift from a dictatorial to a revolutionary government, and provided for the creation of Congress, which was convened in Malolos, Bulacan in September. He also wrote that the republic should function properly so that it could obtain from all nations, including Spain, their expressed recognition of Philippine independence.

It should also be noted that in August 1898, Mabini presided over the ratification of Philippine independence by elected local leaders themselves. He believed that it better represents the will of the people, and has more bearing than just a declaration by Aguinaldo on June 12.

In addition, Mabini submitted a Constitutional Program of the Philippine Republic, but the Malolos Congress rejected it in favor of the draft created by Felipe Calderon.

El Verdadero Decalogo, or “The True Decalogue” was included in Mabini’s constitutional program as its introduction. It was a code of ethics, a set of 10 values every Filipino should possess.

Finally, while in exile in Guam from 1901 to 1903, Mabini wrote his memoir, La Revolucion Filipina, where he pointed out the flaws of the Revolution and expressed his criticisms on Aguinaldo’s leadership.

5. Mabini was buried in two other cemeteries before his remains were finally brought to his birthplace in Tanauan, Batangas.

After his death, he was buried at the Chinese Cemetery in Manila. But his remains were dug up and transferred to the Mausoleo de los Veteranos de la Revolucion (Mausoleum for the Veterans of the Revolution) at the North Cemetery years later.

In 1965, Mabini’s remains were moved to a tomb at the Mabini Shrine in Tanauan, Batangas.

6. Mabini was once featured in the Philippine 1-peso note, and has been featured on the 10-peso bill and coins since 1968.

Mabini was first featured on a one-peso bill in 1918. He and Jose Rizal (on the 2-peso bill) were the only Filipino heroes featured on bank notes at the time.

Mabini (on the one-centavo coin), Rizal, and Andres Bonifacio were also the only Filipinos on the coins minted for the leper colony in Culion, Palawan, in 1927.

His visage remained on the 1-peso note after the establishment of the Central Bank of the Philippines in 1949. Mabini was featured in the 10-peso bill starting from the 1968 Pilipino Series.

7. A bridge, a superhighway, a Philippine Navy ship, and a disputed reef in the West Philippine Sea bear Mabini’s name.

Several places, institutions, and infrastructure have been named in honor of Mabini.

The Nagtahan Bridge was renamed the Mabini Bridge in 1967 by President Ferdinand Marcos through Proclamation No. 234. Mabini’s residence used to be located at the foot of the Nagtahan Bridge on the north bank of the Pasig River but was moved to the south bank in 1960, inside the Presidential Security Group Compound in Malacañan Park.

A Navy ship also carries Mabini’s name. One of the most modern ships in the Philippine Navy fleet, the BRP Apolinario Mabini was acquired in 1997 after a 13-year service with the United Kingdom’s Royal Navy.

Meanwhile, 4 towns in the country are named Mabini: one each in Batangas, Pangasinan, Bohol, and Compostela Valley.

In the contested Spratlys Islands at the West Philippine Sea, there is a reef called the Mabini Reef. Also known as the Johnson South Reef, it made news in June when the Department of Foreign Affairs filed a new protest against China for its reclamation activities on the reef.

In addition, at least 6 national roads, 19 streets in Metro Manila, 5 health facilities, 80 elementary and secondary schools, and 3 colleges nationwide have Mabini in their names.

The main campus of the Polytechnic University of the Philippines (PUP) is also named after Mabini. Another Mabini Shrine is located there, featuring a replica of Mabini’s residence in Nagtahan. – Rappler.com