The Americans destroyed Manila in 1945 Facebook Twitter Copy URL
Copied
If the carnage of Manila in 1945 did not happen, we would have had a very different Philippines today. Our momentum ran out and the other nations in Asia eventually surpassed it.

MANILA, Philippines – It was mainly the United States’ casualty-avoidance policy that resulted in unrestrained and indiscriminate application of overwhelming firepower by forces under MacArthur, which caused the utter devastation of Manila and the loss of 100,000 Filipino lives in 1945.

The Japanese forces, certainly capable of unequalled brutality and barbarism themselves, also contributed to the outcome, but could not have inflicted the same level of deaths and destruction. This cataclysmic event was a turning point in the development of Filipino society and its effects are more evident today, 70 years after.

The figure of 100,000 civilian deaths is a conservative estimate. Some sources cite as high as 240,000. The atomic bombing of Hiroshima and Nagasaki only killed 70,000 and 40,000, respectively. The firebombing of Dresden killed 25,000. Only the the rape of Nanking in 1937, where Japanese troops murdered 300,000 civilians, eclipses the destruction of Manila which some historians call one of the tragedies of WW2.

The immediate U S objectives in Luzon in early 1945 was to rescue the POWs in Cabanatuan and the internees at the University of Santo Tomas.

Once these were achieved, the Americans turned their attention to Manila and this time, it appeared, avoiding civilian casualties was no longer a concern. In the liberation of the internees, the Japanese custodial force of 150 were allowed to leave under a flag of truce. That was the only time the Americans attempted to negotiate with the enemy.

Not that it would have been easy. The city of one million inhabitants was defended by a fanatical, death-seeking naval officer who had his previous command torpedoed under him in the Guadalcanal campaign. He was, quite literally, dying for payback. 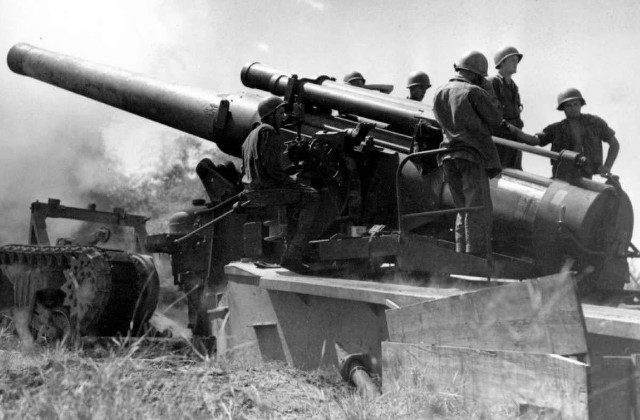 Armando Ang, in The Brutal Holocaust writes: “According to reliable evidence gathered from prisoners of war, military personnel, Philippine officials and civilians, and Japanese documents, the rape of Manila was not a random act of melee, mayhem and wanton destruction but an act of coldly planned atrocities by the Japanese high command from Tokyo.”

Even if this were true, it would have been physically impossible to carry out. The Japanese forces in Manila numbered 17,000. Approaching the city from north and south were 35,000 US troops supported by a few thousand Filipino guerillas. Knowing the impending battle they faced, the Japanese would have been intent on saving precious ammunition.

Manual methods of execution like beheading, bayonetting and mass incineration were slow and inefficient. The battle took a month – from February 3 to March 3, 1945. Unlike in Nanking (which took place over 6 weeks) where the 50,000 Japanese troops had complete control of the city, in Manila they were under relentless attack by U S troops and Filipino guerillas.

Parsons (2008) writes that “The Yanks were using portable howitzers, whereas the Japanese were using bigger guns from all land-based compass points around the city.” This is not accurate. The Americans had bigger guns and more of it. Portable, yes, but also much bigger. They trundled up their behemoth 240 mm howitzers, “the most powerful weapon deployed by US field artillery units during World War II,” versus the heaviest Japanese field piece ever deployed, the 150 mm Type 38, a 1905 design manufactured under license from Krupp. The latter were used in 1942 in the Bataan campaign but there is no record of their use in Manila.

Furthermore, to deploy artillery pieces from “all points around the city” pointing inwards would render these guns vulnerable to piece-meal attacks by guerillas or US forces and such an artillery deployment would have been difficult to direct and control.

One statistic that blunts the argument of Japanese responsibility is the low number of US deaths.

In the Battle of Manila, “.. which culminated in a terrible bloodbath and total devastation of the city… was the scene of the worst urban fighting in the Pacific theater,” the Americans suffered their lowest casualty ratio ever – 1,010 killed out of a total force of 35,000, or less than 3%. Parsons argues further that the high casualty figures could have been part of a deliberate pre-negotiation ploy by the Japanese to discourage an American invasion of Japan, “that the invasion of Japan could only be accomplished at the price of the greatest bloodbath of American manhood the world had ever known.”

There is a flaw in this logic. The bloodbath was paid for in Filipino civilian lives. The bloodbath of American manhood did not happen. It was the Japanese garrison that was wiped out. If this convoluted logic were to be followed, to deter an American invasion of Japan, were the Japanese prepared to murder millions of their own people? There is therefore a disconnect between what the Japanese wanted to do against what actually happened.

For the Americans, they were willing to negotiate and compromise with the enemy if American lives were at stake. This policy did not apply to Filipino lives.

US casualties in major battles in the Pacific (Source: Wikipedia)

No one can blame the Americans or any commander for seeking low casualties. High casualties are not good for troop morale and are a waste of precious resources. Low casualties had always been one MacArthur’s strong points and was a major consideration in the US’ leap-frogging strategy in the Pacific.

But where were the Filipino leaders in all these?

Were we not supposed to be allies of the US? History does not record their voice before or during the battle. If anyone is still interested, this would be an interesting subject for more research.

Neither Osmeña nor Romulo, so prominent during MacArthur’s wading ashore in Leyte, appear on record as having raised a concern in the face of the catastrophe about to befall their beloved capital city. Perhaps less could have been expected from the Laurel puppet government set up by the Japanese who would have gleefully lined them up and shot them as an example at the slightest provocation.

Perhaps the Filipinos were too naïve or too trusting. “Despite the devastation, the Filipinos,” writes one historian, “were only too glad to be liberated from the hated Japanese.” In fact, Parsons claims to have unearthed a document containing a recommendation from a guerilla leader Bartolome Cabangbang to MacArthur to bomb the Escolta by US aircraft because the Japanese had stored war materiel there! So much for patriotic sympathy!

“Filipinos lost an irreplaceable cultural and historical treasure in the resulting carnage and devastation of Manila, remembered today as a national tragedy. Countless government buildings, universities and colleges, convents, monasteries and churches, and their accompanying treasures dating to the founding of the city, were ruined. The cultural patrimony (including art, literature, and especially architecture) of the Orient’s first truly international melting pot – the confluence of Spanish, American and Asian cultures – was eviscerated. Manila, once touted as the “Pearl of the Orient” and famed as a living monument to the meeting of Asian and European cultures, was virtually wiped out.”

Writes Joaquin de Jesus: “After the War, many old-timers would claim that everyone had turned into animals…The destruction of the city’s physical edifices also caused the destruction of the country’s Catholic values, Hispanic culture, and even basic good manners. To this day, we are suffering the effects of the destruction of Manila. From the lack of interest and sense of connection to the city, to the despicable urban plans or lack of for the city of Manila to the seeming banality of life in Manila (i.e. the domination of the consumerist “mall culture”), we continue to lose our pride of place.” (De Jesus, 2013)

In the carnage of Manila in 1945, the Filipinos lost more than lives and buildings. The very routine and fabric that made the city the envy of the region and the world was gone forever. And with it were the moorings and foundations of a core that could have gravitated Filipino society towards a path of steady, equitable growth and development.

The country plodded on for about two decades propelled perhaps by the dim memory of its past. But in time this momentum ran out and the other nations in Asia caught up with and, eventually, surpassed it.

If the carnage of Manila in 1945 did not happen, we would have had a very different Philippines today. – Rappler.com