FAST FACTS: Who are the Rohingya? Facebook Twitter Copy URL
Copied
Who are the Rohingya? Why are they at sea? Here's a quick read to understand the plight of these state-less people.

MANILA, Philippines – The Rohingya migrants continue to make headlines as they flee Myanmar and seek refuge in nearby countries.

Critics accuse the ASEAN member states of subjecting the boat people, who have suffered months-long starvation and distress, to a game of “human ping pong.” (WATCH: Rappler Talk: Human Rights Watch on Rohingya)

Who are the Rohingya? Why are they at sea? See the information below to understand the plight of these people.

1. Who are the Rohingya Muslims?

The Rohingya are Muslim minorities who speak the ethnic Rohingya language – an Indo-European language associated with Bengali. They live in northern Rakhine state (formerly called Arakan), a coastal village in Myanmar.

According to Khin Yi, Minister of Immigration and Population, there are around 1.33 million Rohingya people in Myanmar.

The Arakan Rohingya National Organization (ARNO) states that these people have been in Myanmar “from time immemorial,” and that they trace their ancestry to Arabs, Moors, Pathan, Moghuls, Bengalis, and some Indo-Mongoloid people.

Meanwhile, historical scholars and natives claim that the population is indigenous to the Rakhine state since the 19th century, when the nation was under the British occupancy.

However, Myanmar does not consider the Rohingya people as citizens nor an ethnic group. Only about 40,000 were recognized by the government and given citizenship.

2. Why are the Rohingya people not recognized? Myanmar President Thein Sein refers to the Rohingya as “Bengalis” –  implying that they are natives of Bangladesh and, therefore, subject to deportation. However, the Bangladesh government doesn’t acknowledge the community as part of its own either.

The government even disagrees that the group use the term “Ronghiya”. Zaw Htay, a senior presidential official, said: “If they use the term ‘Rohingya’ we won’t take part in it since we don’t recognize this term. The Myanmar government has been protesting against the use of it all along.”

In 1982, the government issued a law that will consider as citizens only those who have settled in the country before its independence in 1948. Minority groups who wish to be officially recognized must present documents as proof that their ancestors lived in Burma prior to 1823.

The Rohingya people claim that their ancestors have resided in Burma since hundreds of years ago. However, they do not have proper documentation to prove this.

In 2014, Myanmar presented a controversial plan to solve the issue: the government will grant the Rohingya citizenship if they change their ethnicity to Bangladeshi. This implies admission that the group is illegal in the country, an idea that most of the Rohingya community rejects.

3. Why did they flee Myanmar? The Rohingya have been discriminated for decades, which resulted in their attempts at fleeing Myanmar. A New York Times report stated that “they have been denied citizenship and evicted from their homes, their land has been confiscated, and they have been attacked by the military.”

The United Nations (UN) even acknowledged the community as one of the world’s most persecuted minorities.

A major incident involving them happened in 2012, when Muslims were implicated in the gang rape and murder of a Buddhist woman. This resulted in a series of bloody fights between the Rakhine Buddhists and Rohingya Muslims. A report said at least 90 people died and 3,000 homes were destroyed due to the violence.

The government acted on this by confining thousands of Rohingya within cocentration camps wrapped with barbed wires. The camps received very poor food resources and medical aid, resulting in starvation and diseases, even deaths. The police prohibited the Rohingya from leaving the camps.

4. What issues do they face as they flee Myanmar? 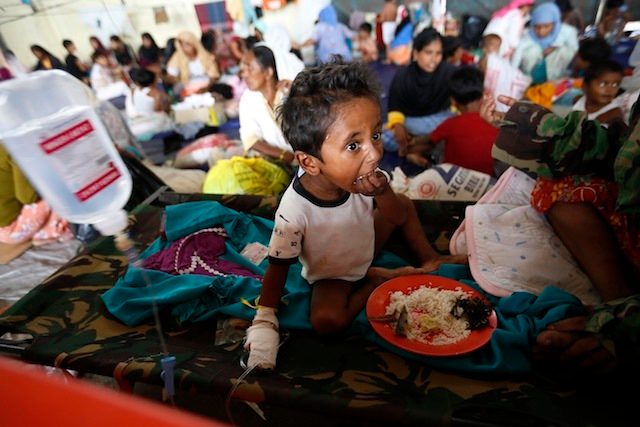 It was believed that some Rohingya have opted to submit their lives to notorious human traffickers than to face the possibility of state genocide by Buddhist extremists. A trafficking camp was discovered in May at a deserted jungle in southern Thailand, where at least 30 dead bodies were retrieved from compromised shallow graves. Other bodies were found merely covered in blankets and left in the open.

The sudden military attention after the discovery of the trafficking camp led smugglers to a more cautious tactic. The Rohingya are placed on boats, away from the land, then released in smaller groups. The attention of the military, however, has frightened brokers and traffickers, causing them to hide. This resulted in hundred thousands of migrants stuck at sea for months.

Horrific stories were also shared by the rescued migrants. In their two-month isolation on boats, they fought over food and for survival. Several Rohingya jumped from their boats, women and children included, while others were thrown off the boats to avoid overcrowding.

Moreover, none of the neighboring countries were willing to accept the Rohingya in fear of the continuous influx of migrants. As of Wednesday, May 20, Thailand and Malaysia said they could only provide them temporary shelters – days after they were heavily criticized by the international community for turning the boat people away.

5. How do governments respond to the issue? 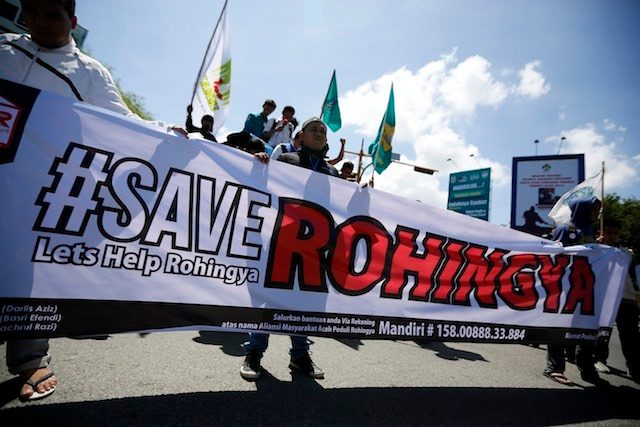 Since August 2012, Bangladeshi authorities banned the humanitarian assistances to the Rohingya minorities, leaving them exceedingly helpless and vulnerable.

Other neighboring countries have also turned a blind eye to them. Thailand, for one, claimed its navy give aid to the boats such as food, water, and basic medications. But the military continues to refuse them entry due to the government’s resistance to migrant settlers.

The Rohingya have also turned to Malaysia by choice due to the country’s mutual predominantly Muslim population. Yet the Malaysian government had ordered the navy to reject them from their lands.

Despite the thousands of asylum seekers recovered in Indonesia by the local fishermen, the Indonesian government clarified that the refugees would remain unwelcome, warning fishermen not to rescue more of these boat people. The government has also stated that the previous group of migrants spared earlier this May could be expelled from the country as well.

Governments from these Asian nations were said to respect the wishes of Myanmar to avoid discussions about the discrimination of the Rohingya at regional gatherings. – research by Lealy Galang and Alma Fernando/Rappler.com