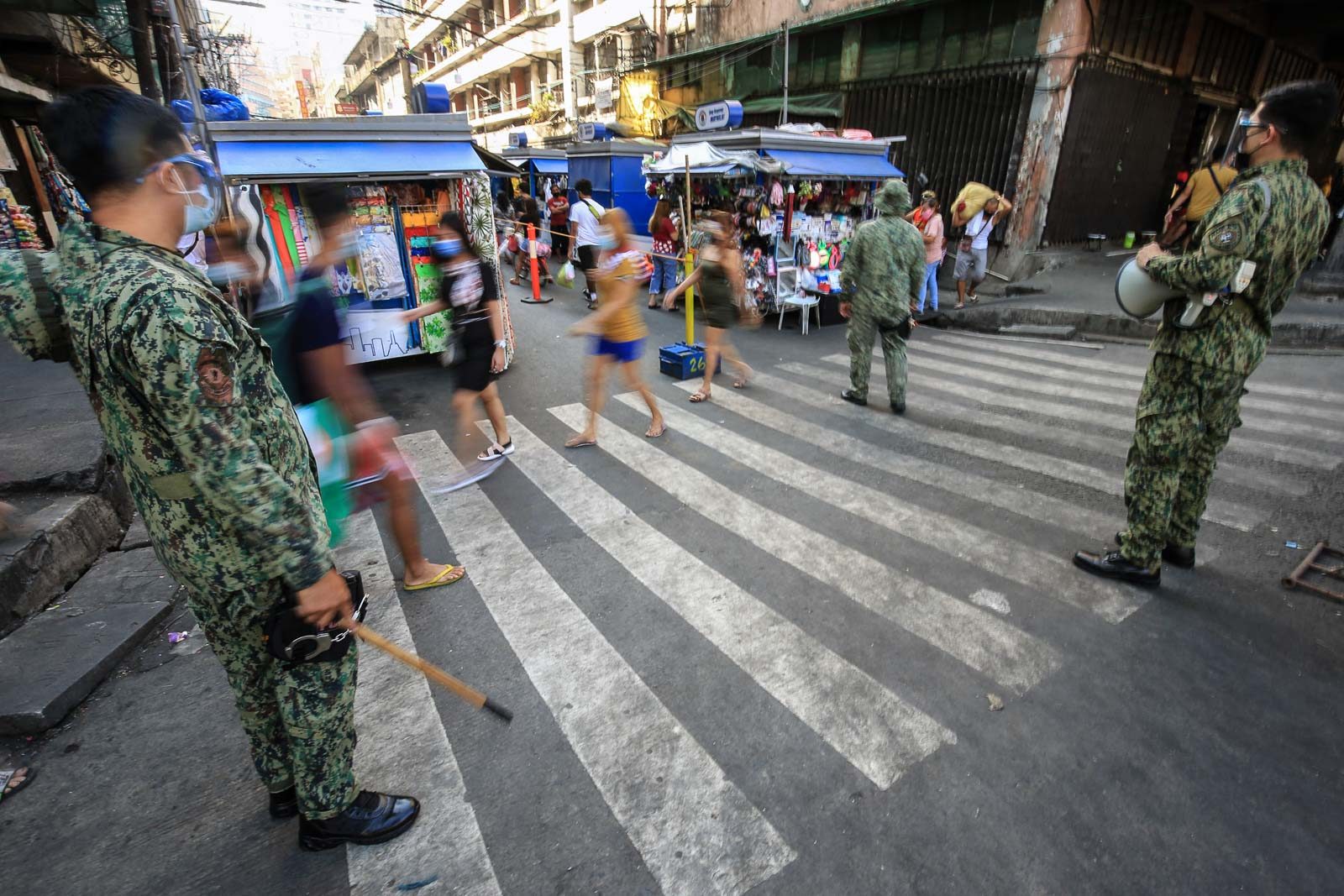 Facebook Twitter Copy URL
Copied
Here's a look at how different parts of the country have gone through varying degrees of restrictions and what ECQ, MECQ, GCQ, and MGCQ now mean

It was exactly a year ago, on March 12, 2020, when President Rodrigo Duterte declared the first pandemic-related restrictions – then called Strict Social Distancing Measures covering Metro Manila.

Days later, on March 17, an enhanced community quarantine (ECQ) took effect in the entire region of Luzon. It was the first time Filipinos heard what have since become familiar terms – “quarantine classifications,” “social distancing,” “ECQ and GCQ.”

Pandemic restrictions have evolved in the year that has passed. ECQs, or lockdowns with absolute stay-at-home rules, now reign only in pockets, and are often declared by mayors or governors in what are now called localized lockdowns.

Most of the country is under the most lax quarantine mode, modified general community quarantine (MGCQ). But a handful of places, like pandemic epicenter Metro Manila, remain under GCQ. There also remains an absolute ban on face-to-face classes, courtesy of President Rodrigo Duterte, despite guidelines saying some physical classes should be allowed in MGCQ areas.

How the Philippines transitioned through restrictions

Here’s a look at the changes in quarantine restrictions all over the country from March 2020 to March 2021.

Some localized lockdowns may not be reflected in the graphic, which is based on IATF-EID resolutions and local government announcements.

The data shows that most of the country was under ECQ from March to at least the first weeks of May – a mix of declarations by the national government and local governments.

Metro Manila and Batangas are places in Luzon that have stayed the longest under a stricter form of quarantine. In the Visayas, Tacloban City has this distinction despite it not being under strict lockdown in March and April of 2020.

In Mindanao, Iligan City and Lanao del Sur in the Bangsamoro region, have stayed the longest under GCQ when most of the southern region was already under MGCQ.

The government, cognizant of the blow the harsh early lockdowns dealt on the economy, have repeatedly changed what constitutes the various quarantine classifications, to the point that the labels themselves have been called “obsolete.”

The GCQ of today is not the GCQ as defined a year ago.

Here’s a primer of what pandemic restrictions look like now in the Philippines, based on the Omnibus Guidelines on community quarantine (February 11 version) and memorandum circulars of the Department of Trade and Industry.

– with reports from Michael Bueza/Rappler.com