MANILA, Philippines – While the Philippines and a number of countries are reeling from the surge in infections driven by the highly contagious Omicron variant, an offshoot of this variant called BA.2 or “stealth Omicron” is causing much alarm in the United Kingdom, where it was found among 426 coronavirus patients so far.

The UK Health Security Agency has classified the Omircon subvariant as “variant of investigation” after preliminary studies showed that it might be both more transmissible and could evade vaccines better than other variants of the novel coronavirus.

Scientists have dubbed the Omicron subvariant as “stealth Omicron” because its genetic makeup could make it harder to spot using the PCR (polymerase chair reaction) test, according to a report from The Guardian.

“The stealth variant has many mutations in common with standard Omicron, but it lacks a particular genetic change that allows lab-based PCR tests to be used as a rough and ready means of flagging up probable cases,” the report said.

“The variant is still detected as coronavirus by all the usual tests, and can be identified as the Omicron variant through genomic testing, but probable cases are not flagged up by routine PCR tests that give quicker results,” the report added.

Scientists in several countries, including those in the Philippines, use whole genome analysis to confirm whether a coronavirus sample contains a specific variant of the virus, but PCR tests can sometimes give an indication.

“About half of the PCR machines in the UK look for three genes in the virus, but Omicron (and the Alpha variant before it) test positive on only two of them. This is because Omicron, like Alpha, has a genetic change called a deletion in the ‘S’ or spike gene. The glitch means that PCR tests that display so-called ‘S gene target failure’ are highly suggestive of Omicron infections,” The Guardian reported.

According to the World Health Organization, the Omicron variant has three subvariants: BA.1, BA.2, and BA.3. While the BA.1 variant is dominant among the Omicron cases reported across the world, the BA.2 subvriant is causing alarm in some European countries.

Researchers have said that BA.1 has a mutation that shows up on PCR tests, making the detection of Omicron easy. Meanwhile, BA.2 does not have the same mutation, making it difficult to detect.

Is it more transmissible?

UK scientists said that it was too early to know whether the Omicron subvariant would spread in the same way as the original Omicron.

However, in Denmark, the stealth Omicron accounted for 20% of all cases in the last week of 2021, increasing to approximately 45% in the second week of 2022. During the same period, the relative frequency of BA.1 had dropped. This was according to Statens Serum Institut (SSI), an agency under the Danish Ministry of Health tasked with ensuring “preparedness against infectious diseases and biological threats as well as control of congenital disorders.”

The UK Security Health Agency said that the Omicron subvariant had been found in some 40 countries around the world.

According to SSI, initial studies showed no differences in hospitalizations for BA.2 compared to BA.1.

“Analyses regarding infectiousness and vaccine efficiency etc. are ongoing, including attempts to cultivate BA.2 in order to perform antibody neutralization studies. It is expected that vaccines also have an effect against severe illness upon BA.2 infection,” SSI said.

Dr. Tom Peacock, a scientist from Imperial College London, said, as quoted in The Independent report, “Very early observations from India and Denmark suggest there is no dramatic difference in severity.”

This was echoed by Dr. Meera Chand of the UK Health Security Agency, as quoted in the same article: “So far there is insufficient evidence to determine whether BA.2 causes more severe illness than BA.1, but data is limited and UKHSA continues to investigate.” 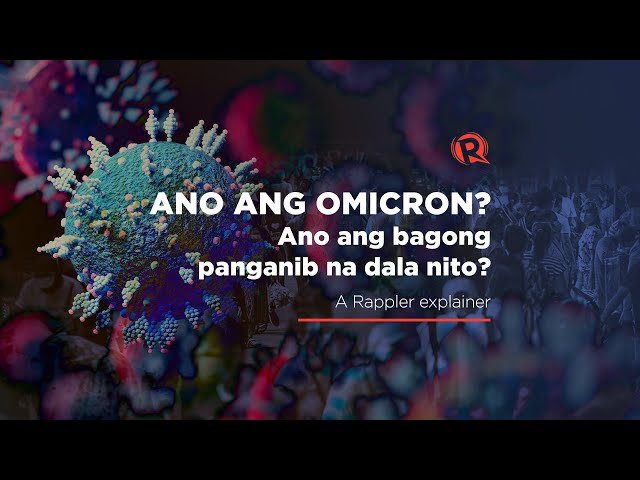 Common among local cases in PH

In a televised public briefing on Monday, January 24, Health Secretary Francisco Duque III said that the Philippines’ epidemiology bureau was coordinating with the World Health Organization regarding the subvariant.

(Our epidemiology bureau is already coordinating with the WHO representative in our country. They are giving us data about the characteristics of this variant.)

But, so far, it’s no different from the original Omicron variant, Duque added.

On Tuesday, January 25, the DOH said that Omicron subvariant BA.2 had been detected in the country and was common among local cases of the Omicron variant, adding that it was “predominant in most regions” in the country.

The DOH announcement comes a day after Vergeire said in a television interview on Monday, January 24, that the Philippines had not detected any case of the stealth Omicron, as she gave assurances that PGC has the capability to detect “all possible lineages that are present in every sample” through genome sequencing.

The Philippines now has 535 cases of Omicron. The DOH has yet to give details such as how many of these are from the BA.1 or BA.2 sublineages.

Local health officials remained calm about the Omicron subvariant, noting that initial studies suggested that it was no different from the dominant variant of Omicron now.

(So far, based on limited data, it shows that this is no different from the original Omicron variant. If there’s any [difference], it can be that it is more infectious. But based on two aspects of response, vaccine continues to be effective versus severe, critical cases, therefore preventing hospitalization and deaths.) – Rappler.com