Blowin’ out a bad memory

Dec 16, 2016 7:45 AM PHT
Maria Isabel Garcia
Facebook Twitter Copy URL
Copied
[Science Solitaire] Most often, a bad memory is not just one blow – it could be a string of them, making it difficult for us to realize we can opt out 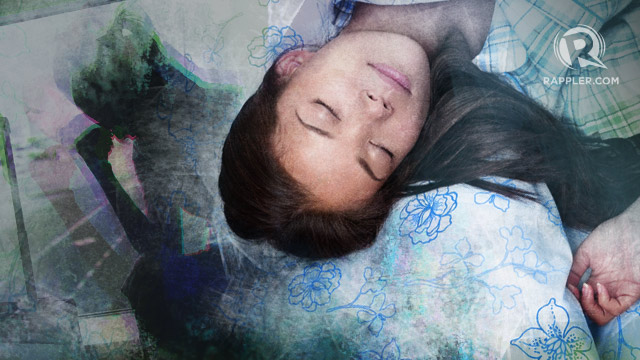 Maybe one of the best gifts you can give yourself this season is to make sure you edit your own memories before you go to bed. That way, you don’t have to carry at least the bad memories when morning breaks.

“Sleep” has been one of the most precious commodities amidst the minute-to-minute emergencies of our digital lives. “Precious” because it seems to be routinely sacrificed as we attend to the concerns that appear on the many screens that populate our attending view. But many studies through the years have already shown that missing out on sleep erodes you of your own powers to endure pain, be more attentive, and even to facilitate the natural “brain trash” disposal system of your body which accounts for Alzheimer’s disease.

Science has already established that “sleep” consolidates the records of the comings-and-goings of your day. Depriving yourself of this process could short-circuit your mental stake in your own life but it is also this very process of consolidation which could make you stubbornly hold on to bad memories.

Bad memories are like slime – they are just so much stickier than good ones. This is so because experiencing something disturbing is also accompanied by your own bodily response to it which sears the memory on to your brain, like a scar.  It is known in studies that a deliberate attempt to erase bad memories has a good chance of working. But we all know that it is not that easy. But why?

A new study has recently shown that those scars are not easy to erase because sleep not only cements the memories but it cuts them up and hides them in different places in your brain.

The study only involved 73 college males but was telling and thus, could be the basis of continued research. It found that indeed bad memories, after 24 hour hours that included sleep, become tucked away in places that are so hard to reach and edit.

I would not have wanted to become part of the experiment as it involved associating neutral faces with disturbing images to make for a “bad memory”. Then they tested them after 24 hours. They found that that those associations with the disturbing images stayed even if they tried the known technique of “think/think not”. However, when they made them look at a different set of disturbing images after 30 minutes, the bad memories could still be edited out.

The researchers did not stop there. They scanned the brains of these participants as they tried to retrieve these bad memories. And indeed, the scans showed, that after 30 minutes, there is neural activity mainly only in the “hippocampus” – a part of the brain largely associated with memory. However, after 24 hours, recalling that bad memory seemed to show that the neural activity is now “scattered” in other areas like the lateral parietal cortex, angular gyrus and middle temporal gyrus. These latter parts are in the strongly associated with the “processing” part of your brain – which means that through sleep, you have already done a number with those bad memories. You have done a “chop-chop” with these memories and tucked them in various places.

And the scientists think that this “multi-burying places” may account for why it is difficult to rid yourself of the bad memory.

Headlines carrying this new discovery was quick to pick up that this validates age-old advice never to sleep feeling bad about something that happened.  This study gives us a window of time  within which we could intentionally cast away a bad memory.

Imagine the heartaches, the disappointments, the shuddering thoughts that need be haunting us now, long after they have scarred us, if we knew we could still turn them away from inhabiting the inns of our remembering selves. But as the researchers noted, most often, a bad memory is not just one blow – it could be a string of them, making it difficult for us even to realize we can opt out.

Among all the alerts that our smartphones do for us, maybe they could also sense our bodily reactions to what happens to us, noting where we could be starting to carve emotional scars for ourselves, and then remind us within 30 minutes to pause and consciously blow that memory together with the wind. – Rappler.com