Sep 29, 2018 10:30 AM PHT
Facebook Twitter Copy URL
Copied
It has always been a bit of mystery as to why some species of male mammals evolved bones in their penises 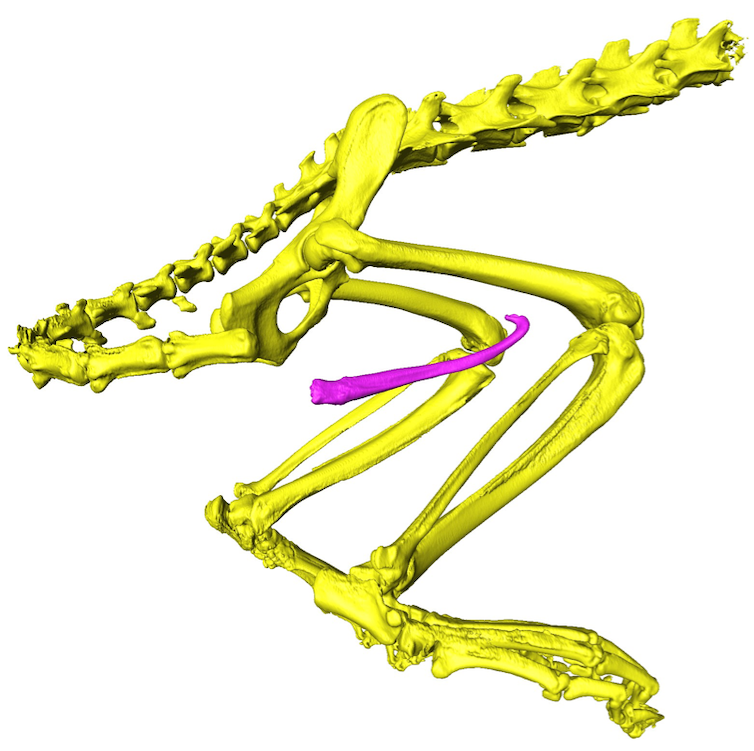 For ferrets, sex is a prolonged affair. In total, the act of mating might last up to 3 hours. Fortunately for the males of the species, they are packing a secret weapon to help them through this daunting task. Some modern mammals (including ferrets, mice, dogs and even apes) have a bone inside their penis, called the baculum.

The bones have evolved different shapes and sizes, from the ice-cream scoop form of the honey badger to the long thin osseous bone of a black bear. It has always been a bit of mystery as to why some species of male mammals evolved bones in their penises. Humans are actually unusual in this respect, as our species has lost the mineralized bone in place of a small ligament in the tip of the penis.

In animals possessing a baculum, males with wider penis bones have been shown to father a larger number of offspring. Yet exactly how the penis bone impacts on male fertility has remained a puzzle.

However, our new research – which used innovative 3D scanning and engineering-inspired computer simulations – has revealed that in carnivores (the group including cats, bears, dogs and weasels), the baculum may help males breed for extended periods of time. The “prolonged intromission” hypothesis suggests that the penis bone has evolved to protect the urethra (the tube responsible for delivering sperm) when sex becomes a lengthy endeavor. 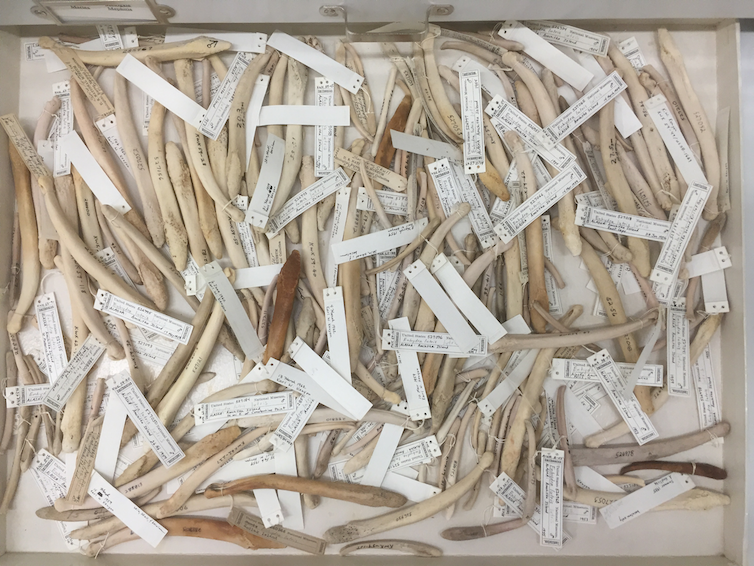 Other studies have found mixed evidence in support of this idea, some in favor and some against. In part, this might be due to important features of the baculum previously being ignored. Penis bones are notable for being extremely diverse in shape, with species being distinguished by possessing bizarre tips, ridges and grooves. Yet in the past, biologists have only included the most basic metrics (bone length and diameter) into their models of baculum function.

To address this oversight, we used a digital modelling technique more familiar to engineers and physicists. In “finite element analysis” (FEA), a 3D computer model is virtually “crash-tested” in order to calculate how strong the object is. The method is more commonly applied to structures such as bridges or race cars, as a way of predicting their performance without physically damaging the object.

The major benefit of FEA is that the whole 3D shape of the baculum can be incorporated into our estimates of bone strength. Our results suggest that animals breeding for very long durations typically have penis bones that are much stronger than their fast-mating relatives. 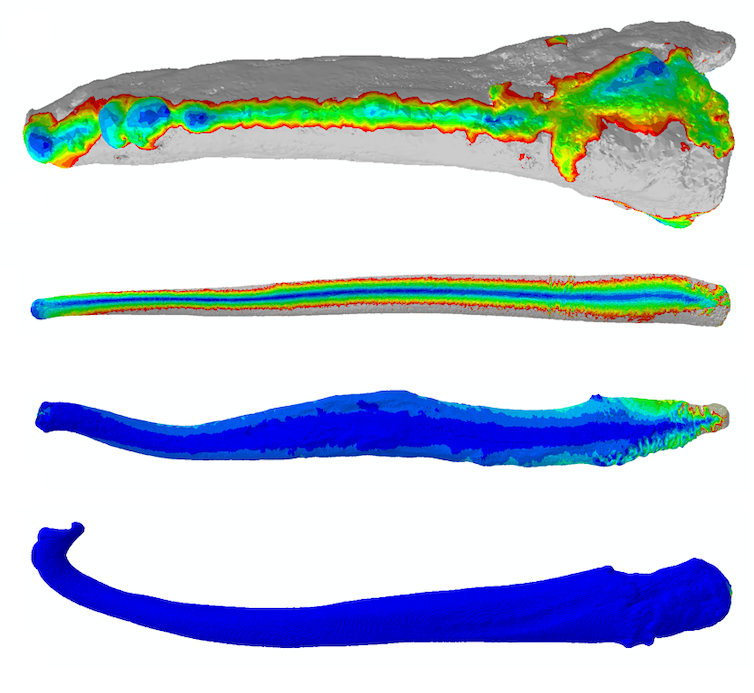 Where are all the females?

Previous research, including our own study, has tended to focus heavily on male anatomy, to the exclusion of females. In mammals, less than a quarter of all studies investigating the evolution of genitals have included both sexes. This bias may partly stem from practical issues – male genitals are often made up of rigid hard parts sitting outside the body, making them easier for scientists to study. But it may also reflect a historic misconception of the female reproductive system as being a “passive” vessel, compared to more “active” male structures.

This means we have potentially overlooked important interactions between the sexes. Thankfully, with the application of new X-ray imaging techniques and computer modelling, our awareness of female genital anatomy is beginning to catch up. We are now extending our study to also include the size and shape of the vaginal tract and to capture the live motion of the genitals during mating, as a more holistic approach to studying animal reproduction.

Charlotte Brassey is a Research Fellow in Animal Biology at the Manchester Metropolitan University.