How the old ‘normal’ caused the pandemic 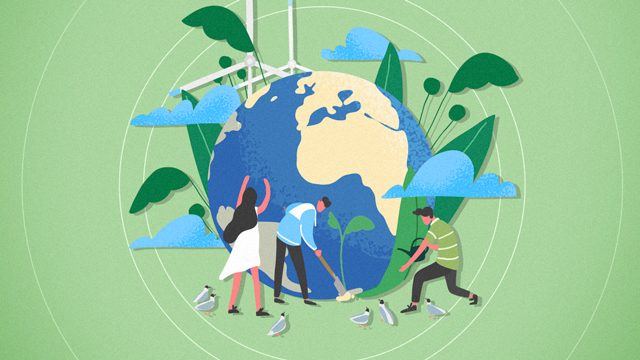 Facebook Twitter Copy URL
Copied
'Our lives are too small, our minds so closed, our interests so shallow, our existing social and political ideologies too narrow, to recognize that we invited this non-living thing into our lives, into our normal'

In quarantine, we are mourning the impending loss of life as we knew it. But what we should really grieve over is ourselves – for letting this happen. We really cannot get back to the old normal because the old normal is what got us here. That is why this is not a war, but a reckoning.

As a reckoning, it is a settlement of, a coming to terms with, the consequences of our own actions. War distinguished between civilians and military targets, between the able-bodied and those especially vulnerable, it had rules of engagement. It even distinguished between those who had the resources and the wile to be on the good side of the enemy and those who resisted. War is when the enemy is a discrete “other” with motives who also think we are the “enemy” with our own set of motives. War is not when the enemy is ourselves.

This thing that most of us think we are at war with is a molecular string that floats and invades cells – whoever they may belong to – as long as those cells have what this coronavirus’ own make-up can latch on to. It has no brain, no battle plan, and no command center. It is part of nature, long before our human ancestors were here. It used to live in the cells of other animals in places where humans were not main residents of. They had natural hosts in those habitats. But we eventually came, we saw, we liked, we took selfies, and we conquered those habitats. Humans arrived and the viruses lurking and losing many of their natural hosts “saw” us as another host.

And we did not arrive on tiptoe. We came with bulldozers, transformer excavators, and lots and lots of us. Over 7.5 billion of us are now being carried by a single lone planet, but together, we are all living like we have almost 2 whole planets. We have taken over 66% of the planet’s landmass and altered 75% of our marine environment. Over a third of the planet’s land surface and nearly 75% of all its freshwater are devoted to feeding humans. The towns and cities that have settled after we have bulldozed natural habitats in the name of “progress” are now almost two-thirds of the planet. Our plastics, our heavy metals, our solvents, have produced “dead zones” in our oceans with a total area that is half of that of the United Kingdom. We did a slow, silent massacre of 60% of the world’s animals since the 70’s. We did that because we could – the only animal who could. We did that because we are so human an animal.

And this new invader – this coronavirus, just like its other fellow stringed entities – is not an animal. This non-animal, this non-living thing has arrived on the scene and conquered the entire world in just a few months. And our lives are too small, our minds so closed, our interests so shallow, our existing social and political ideologies too narrow, to recognize that we invited this non-living thing into our lives, into our “normal.” So we are now its own normal. And we will be for many other viruses.

So how do we reckon with the consequences of these actions?

We acknowledge, we transform, and we restore at the same time.

We acknowledge that each of us, regardless of our bank account or consumption level, has contributed with our own FOMOs (fear of missing out) and YOLOs (you only live once) and our own narrow “live life to the fullest” interpretations, to this pandemic. The more you have – individual, company, city, town, or country – you are exponentially more accountable. (READ: [OPINION] The coronavirus: A warning to care for our common home)

We transform by looking at conservation as not just another advocacy but our second nature. All of us are guilty. We should now all see everything – health, economics, security, happiness, education – as DIRECTLY grounded on the Earth and thus should all be pursued connectedly. I could not agree more with 2008 Nobel Prize winning economist Paul Krugman said when he stunned his interviewer at CNN International when asked what he thought of the rise and fall of the stock market in pandemic times. He said that the stock market is not a measure of anything meaningful in terms of our humanity in these times. We should transform our old, lame, extremely narrow yardsticks for genuine wealth.

We restore. We do not do anything unless there is a matching, measured act that restores nature. All of us should do restoration work wherever we are and whatever we do. That will give us jobs, meaningful jobs, and it will thread our common humanity and the only home this humanity knows. That other planet we are currently consuming does NOT exist. The temporarily “restored” nature that you see on videos with most humans at home is not a silver lining. It is a benchmark of the amount and kind of restoration we should do when we can finally go out again.

Say goodbye to the old normal? We should have a long time ago.

It could have changed the ending.