[Science Solitaire] The mother of all temperature checks Facebook Twitter Copy URL
Copied
'We made this mess, and if we want to still be around this planet, we fix it' 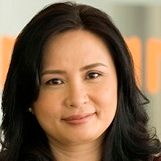 While the pandemic has made us ultra-conscious of our own body temperatures and extra conscientious about having temperature checks at offices and other public facilities, the mother of all temperatures, the Earth’s, is “bursting” planetary thermometers.

Siberia, our planet’s geographic icon for freezing temperatures, is the land where we can see the “whisper of stars” – what Siberians call human breaths that freeze into ice right away and fall onto the ground. Siberia, whose late year winds reach the Philippines during the northeast monsoon season, continues to not only to rise in its temperature but also stay longer in those high temperatures. Siberia saw a record heatwave 10C degrees above average this year.

It should alarm us all that only scientists are alarmed about this. This is the climate crisis that we humans have brought on to ourselves. Our relatively short individual lives and desires lend us to having a narrow lens on what the temperatures and human lives mean across the history of human kind. But this is what science, history, and art rescue us from. They represent human minds seeing long and deep to give us the big picture. So what is the recent pattern that science has seen when it comes to humans and the temperatures we can live with?

A very recently published study on the temperatures that we humans have lived in for thousands of years reveals that humans have been mostly concentrated on places with climates whose annual mean temperatures hover around 13°C. For over 6,000 years when humans have started to congregate, they have strewn a pattern that is tied to that temperature.

Why did humans seem to thrive along a range of temperatures? The study found that optimum productivity in farming, physical labor, and overall economic activity in countries are strongly tied to temperatures.

Farming, the touchstone of human survival, as we are the only species who can cultivate and organize our food sources the way we do, require physical work that are strongly affected by extreme temperatures. We here in the Philippines know this too well, when there are droughts or freakish ice spells that wreak havoc in our farms.

Physical labor in general, is also strongly affected by extreme temperatures as these in turn affect the mood, behavior, and overall mental health of workers. This is also supported by studies like this one.

In terms of overall economic activity, studies like this one on country economics and temperatures, show that country productivity peaks at an annual average temperature of 13°C and declining strongly at higher temperatures. This pattern has not changed since the 60’s, and applies to agricultural and non-agricultural activity in both rich and poor countries.

Why is that news? It is news because in the next 5 decades, the rising temperatures of the planet will directly affect a third of humanity, as the places where they are now will have temperatures of over 29°C

The Earth will have no problem evolving without humans but if we humans want to be around as this is the only planet we call home, we cannot look to another species to find the solution as there is no species who will care about us being gone. We made this mess, and if we want to still be around this planet, we fix it.

As we check our own body temperatures, think 29°C. That is the “old normal” temperature that will choke human life. We should all STOP and think of working on a temperature for a BETTER NORMAL.

And you need not go to Siberia to save planetary ice. Science has shown us how things are connected and we can do things right where we are.

We should all “re-think” and “re-do” the way we make food, the way we eat food, the way we make and package things, the way we dispose of waste. Only if we do it together can we scale the solution so that it will matter. That way, when we do get out of this pandemic crisis, the mother of all temperatures, will not kick-off another crisis, including other pandemics.  – Rappler.com