Jan 20, 2015 11:54 PM PHT
Agence France-Presse
Facebook Twitter Copy URL
Copied
Even though some drugs are now being fast-tracked, they are developed over a decade ago and come from strains of Ebola from when the virus first emerged in the 1970s 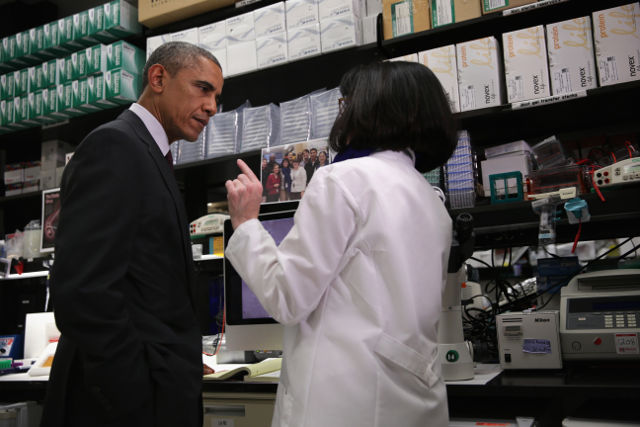 MIAMI, USA – The deadly Ebola virus is changing, and new genetic mutations that have arisen in the past four decades could thwart the experimental drugs that some pharmaceutical companies are developing, researchers said Tuesday, January 20.

There is no drug on the market to treat Ebola, and no vaccine to prevent it, but clinical trials were accelerated last year after the worst outbreak in history began sweeping West Africa, killing more than eight thousand people so far and infecting more than 21,000.

Until recently, drug companies had been reluctant to invest much in Ebola treatments, seeing little cash return from treating a virus that tends to strike sporadically in Africa.

Even though some drugs are now being fast-tracked, they were developed well over a decade ago, based on strains of Ebola that were identified when the virus first emerged in the 1970s.

Some of the most promising drugs bind to and target a piece of the virus’s genetic sequence.

Since viruses naturally mutate over time, that could mean the drugs will not work as well as hoped, said the study in the journal mBio.

“The virus has not only changed since these therapies were designed, but it’s continuing to change,” said lead author Jeffrey Kugelman, a viral geneticist at the US Army Medical Research Institute of Infectious Diseases.

Researchers from USAMRIID, Harvard University and the Massachusetts Institute of Technology, found that about three percent of the genome of the current strain of Ebola virus in West Africa contained changes, called single nucleotide polymorphisms, or SNPs, when compared to outbreaks of other Ebola variants in 1976 and 1995.

They also found 10 new mutations that might interfere with the actions of monoclonal antibody, siRNA (small-interfering RNA), or PMO (phosphorodiamidate morpholino oligomer) drugs currently being tested, according to the research.

Three of those 10 mutations appeared during the current epidemic which has struck mainly in Guinea, Sierra Leone and Liberia.

The researchers urged drug developers to check whether the mutations they found might affect their experimental therapeutics.

“Ebola researchers need to assess drug efficacy in a timely manner to make sure that valuable resources are not spent developing therapies that no longer work,” said Kugelman. – Rappler.com