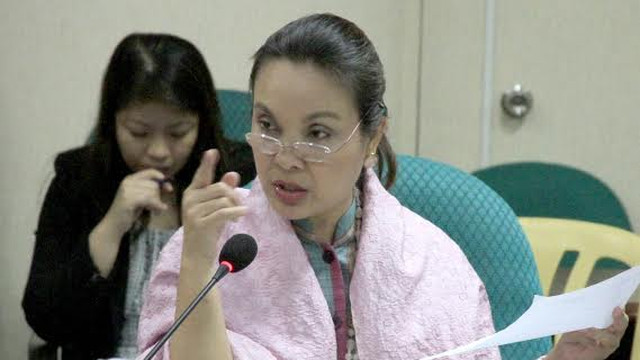 “I heard that the Solid Waste Commission had a hearing and that, I hope it’s not correct, that you’re promoting waste incineration and waste-to-energy because you’re not. I chair your budget. You should not,” she said during a Senate hearing on Monday, February 2.

Ildefonso reasoned that the growing garbage problem in Philippine cities necessitates an open mind to these new technologies.

“We’ve seen how [the law] was implemented for the past 14 years. Landfill is not enough because if we keep putting up landfills, we will lack area,” he said.

Because of this, they are considering adopting technologies that convert the heat from burning trash into electricity. This would then lessen the need for landfills, which tend to occupy large tracts of land. With the country’s growing population, landfills are bound to lose space fast.

But Legarda wondered if the NSWMC and other relevant government agencies have exhausted all other means for reducing garbage before resorting to such “alternative methods.”

The Solid Waste Act orders households to segregate their waste, reduce consumption and recycle. These initiatives, if done on a massive scale, should lessen the amount of trash that goes to landfills. 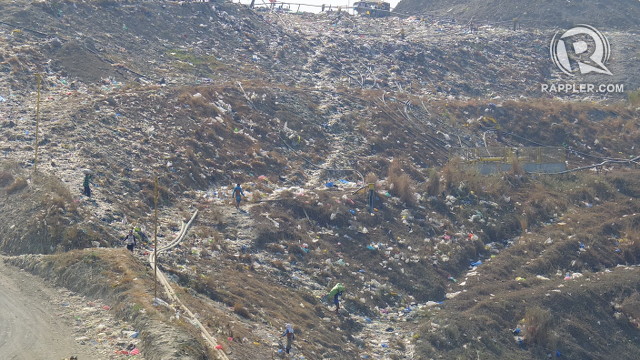 According to the law, only residual waste (trash that cannot be recycled or composted), should end up in landfills.

(You keep looking for alternatives, you keep holding multi-sectoral talks, you keep researching. What more are you consulting about when all our research is already in the law? You just need to implement it.)

Only 26% of LGUs nationwide implement the Solid Waste Act, according to the National Economic Development Authority.

The senator later on said she was open to waste-burning or waste-to-energy technology, but only if it would not emit any kind of toxic substance.

Pollutant-capturing technologies installed in incinerators can only reduce the amount of these emissions but not completely keep them from the environment and humans.

The “most toxic substance known to humans,” dioxins, are among these emissions, he said.

There is no amount of dioxins that is safe for humans, he said. Even tiny amounts can cause cancer (types of leukemia and sarcoma) and impair early child development and reproductive health.

Studies found testicular changes in crocodiles and lower sperm count after the reptiles were exposed to dioxins. In Japan, which uses waste incineration, a study found that there was a higher incidence of cancer among people living one to 7 kilometers from a waste incinerator, he added.

Even the United States Environmental Protection Agency (EPA) standards for minimum dioxin emissions are not based on what is safe for humans but on what technologies can be forced to reach, said Emmanuel, who has worked as a consultant for the agency.

Dioxins also do not break down easily and can thus pose harm for long periods of time. They are known to stay in the environment for 250 to 1,000 years if buried one to two centimeters under soil. In water, they can persist for 500 years, said Emmanuel.

Even though there are developed nations that have adopted burning technology, like Japan and Singapore, Emmanuel said it does not mean the Philippines should follow suit.

“When the rest of the world was at point 1, Japan was at 5. They were allowing a lot more dioxins into the environment and I think it was the strong lobby of industry to keep it going. Unfortunately, it does not encourage alternatives in Japan,” he told Rappler.

Waste-burning facilities can cost billions of dollars to build and maintain. Emission regulating equipment could make this even more expensive. Government would also need to purchase pricey monitoring equipment to enforce emission standards.

In contrast, there are also developed countries taking big steps away from incineration.

Germany has phased out its waste incinerators while the US has brought down its number of burning facilities from more than 6,000 in 1988 to around 30.

A steam-based, heating technology called autoclaving is being used as an alternative, said Emmanuel who has helped install such equipment.

Unlike combustion, it uses high pressure saturated steam to clean potentially dangerous waste like medical waste. It is now being used in countries like US, Canada, Portugal, Ireland, and Vietnam.

The Senate hearing was held two months after a hearing at the House of Representatives on a proposed bill to lift the waste incineration ban. At the hearing, government agencies like the Department of Environment and Natural Resources, Metropolitan Manila Development Authority, and the Department of Health all threw their support behind waste-burning.

Legarda, who chairs the committee on the environment, has vowed she will not allow the bill to pass in the Senate. – Rappler.com