MODERNA'S VACCINE. A view of Moderna headquarters on May 08, 2020 in Cambridge, Massachusetts. 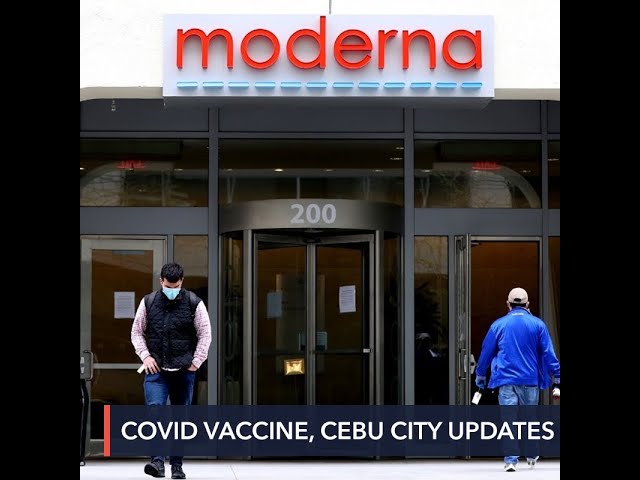 US biotech firm Moderna on Monday, November 16, announced its experimental vaccine against COVID-19 was almost 95% effective, marking a second major breakthrough in the quest to end the pandemic.

Moderna released early results from a clinical trial with more than 30,000 participants, after American pharmaceutical company Pfizer and its German partner BioNTech last week said their vaccine was 90% effective.

Both frontrunners are based on new technology that uses synthetic versions of molecules called “messenger RNA” to hack into human cells, and effectively turn them into vaccine-making factories.

“This positive interim analysis from our Phase 3 study has given us the first clinical validation that our vaccine can prevent COVID-19 disease, including severe disease,” said Moderna CEO Stephane Bancel.

“The light at the end of the tunnel just got even brighter,” tweeted Atul Gawande, a member of US President-elect Joe Biden’s coronavirus advisory board and a surgeon at a Harvard-affiliated hospital.

“We may now have multiple, very effective vaccines distributing widely in spring and summer,” he added.

Moderna plans to submit applications for emergency approval in the US and around the world within weeks, and says it expects to have approximately 20 million doses ready to ship in the US by the end of the year.

It says it’s on track to manufacture between 500 million to a billion doses globally in 2021.

Global infections from Covid-19 have soared past 54 million with more than 1.3 million deaths since the virus emerged in China late last year.

The Moderna vaccine, which was co-developed by the US National Institutes of Health, is given in two doses 28 days apart, and the preliminary results are based on the 95 of the 30,000 volunteers who fell ill with Covid-19.

There were 11 people who fell severely ill, all of whom were in the placebo group.

The US government has invested around $2 billion in funding for development, manufacturing, and potential delivery of the vaccine under its Operation Warp Speed.

Most of the Moderna vaccine’s side-effects were classed as mild or moderate.

After the first dose, about 3% of people had injection site pain classed as severe.

Among severe side-effects after the second dose, about 10% had fatigue, 9% had muscle pain, 5% had joint pain or headaches, 4% had other pain and 2% had redness at the injection site.

These adverse events were “short lived” according to a statement.

“This news from Moderna is tremendously exciting and considerably boosts optimism that we will have a choice of good vaccines in the next few months,” said Peter Openshaw, a professor of experimental medicine at Imperial College London.

The company added it could be kept in long-term storage at standard freezer temperatures of -20 degrees Celsius (-4 degrees Fahrenheit) for up to 6 months.

Pfizer’s vaccine, on the other hand, needs to be stored in deep-freezer conditions of -70 degrees Celsius (-94 degrees Fahrenheit) which could complicate supply chain logistics, particularly in less developed countries.

On the downside, Moderna’s vaccine has about 3 times more genetic material per dose than its Pfizer counterpart, Zoltan Kis, a research associate at Imperial College’s Future Vaccine Manufacturing Hub, said.

This would raise production costs and make it harder to scale-up.

The promising results of both vaccines are seen as a validation for mRNA technology, which has never before been brought to regulatory approval.

It works by providing human cells with the genetic instructions to make a surface protein of the coronavirus, which trains the immune system to recognize the real virus.

Making a traditional vaccine is a longer process that normally involves developing a weakened form of a virus.

It is not yet clear how long lasting the protection will be from either the Moderna or Pfizer vaccines, nor how well they work for the elderly, the age-group at highest risk from Covid-19.

Another open question is whether they stop people who are exposed to the virus from transmitting it on to the other people, even though they may be themselves protected from the disease. – Rappler.com