Omicron more likely to reinfect than Delta, not milder – study RESEARCH. In this file photo, Andrew Marques, a graduate student at the Penn Center for Research on Coronavirus and Other Emerging Pathogens, puts on his personal protective equipment (PPE) to demonstrate a viral RNA extraction at the University of Pennsylvania's Perelman School of Medicine in Philadelphia, Pennsylvania, US, December 16, 2021.

The risk of reinfection with the Omicron coronavirus variant is more than five times higher and it has shown no sign of being milder than Delta, a study showed, as cases soar across Europe and threaten year-end festivities. 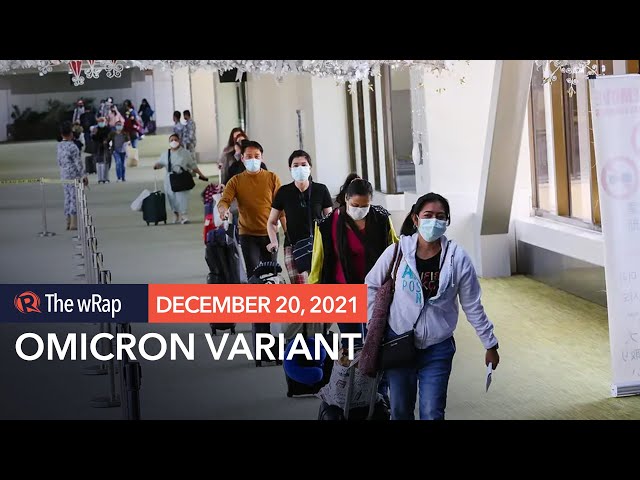 The results of the study by Imperial College London were based on UK Health Security Agency and National Health Service data on people who tested positive for COVID-19 in a PCR test in England between November 29 and December 11.

“We find no evidence (for both risk of hospitalization attendance and symptom status) of Omicron having different severity from Delta,” the study said, although it added that data on hospitalizations remains very limited.

“Controlling for vaccine status, age, sex, ethnicity, asymptomatic status, region, and specimen date, Omicron was associated with a 5.4-fold higher risk of reinfection compared with Delta,” the study, which was dated December 16, added.

The protection afforded by past infection against reinfection with Omicron may be as low as 19%, Imperial College (ICL) said in a statement, noting that the study had not yet been peer reviewed.

“This study provides further evidence of the very substantial extent to which Omicron can evade prior immunity given by both infection or vaccination,” study lead Professor Neil Ferguson said in ICL’s statement.

“This level of immune evasion means that Omicron poses a major, imminent threat to public health.”

But Dr Clive Dix, former Chair of the UK Vaccine Taskforce, said it was important not to overinterpret the data.

“The conclusions made are based on making assumptions about Omicron where we still don’t have sufficient data,” Dr Dix said. “For example, we have no data on the cellular immune response which is now probably driving effectiveness of vaccines.”

“This is a crucial missing assumption in the modeling.”

Some of the conclusions are different to the data emerging from South Africa, where vaccines are holding up well against severe disease and death at present, he said.

“There is a huge amount of uncertainty in these modeled estimates and we can only be confident about the impact of boosters against Omicron when we have another month of real-world data on hospitalization ICU numbers and deaths,” he said.

An earlier study by Britain’s SIREN looking at reinfection risk in health workers, which was carried out before Omicron emerged, found that a first coronavirus infection offered 85% protection from a second for the following six months.

The data analyzed by Imperial College was based on 333,000 cases, including 122,062 of Delta and 1,846 which were confirmed as the Omicron coronavirus variant through genome sequencing.

Imperial College’s Professor Azra Ghani, who co-led the study, described it as “essential for modeling the likely future trajectory of the Omicron wave and the potential impact of vaccination and other public health interventions.”

The new findings could accelerate the imposition of tighter restrictions across a number of European countries in a bid to stem the new variant’s spread. – Rappler.com