What is behind fears that UK coronavirus variant is more lethal? 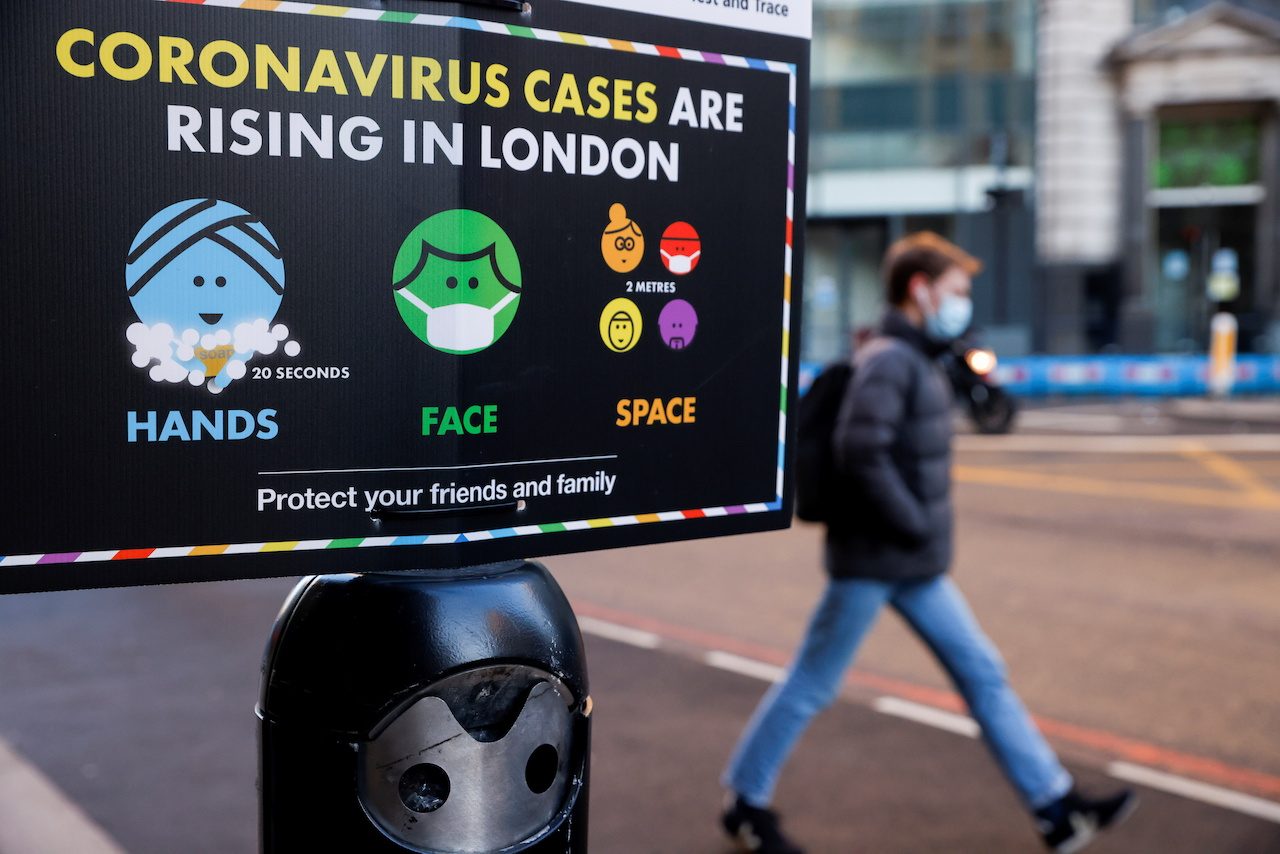 REMINDER. A man wearing a face mask walks past a government sign with instructions about COVID-19 amid the coronavirus disease (COVID-19) outbreak, in London, Britain, January 25, 2021.

British scientists have said the UK variant of the coronavirus that is behind a surge in COVID-19 infections there may be not only more transmissible, but also more lethal – with a mortality risk around 30% higher than other variants.

The UK variant – known as B117 – is also up to 70% more contagious than other coronavirus variants circulating in the UK and has already been detected across the world. US health officials have warned it could become the dominant variant there by March.

What new evidence do the UK scientists have?

The mortality-risk evidence comes from the UK government’s New and Emerging Respiratory Virus Threats Advisory Group (NERVTAG) and is based on 4 separate studies carried out on the same dataset. The studies link data from COVID-19 testing in the community with deaths from the disease.

While each analysis showed a slightly different result, all of them pointed to higher mortality risk among people infected with the B117 variant than among those infected with other variants in the UK.

None of the analyses suggested the death risk is lower.

NERVTAG combined the findings into a model which estimated an average mortality risk increase of about 30%.

How certain are the scientists of their findings?

The UK government’s chief scientific adviser, Patrick Valance, said on Friday that there was some “uncertainty” about the mortality rate estimates because the data were from a series of different bits of information.

The preliminary data come from analyses of a relatively small proportion of the UK population who were known to be infected with the new variant, said Susan Hopkins, an expert at Public Health England (PHE), adding that evidence “from some but not all data sources” point to a higher death risk. “It is possible that we are not seeing the full picture,” she said.

Julian Tang, a clinical virologist at Leicester University, also noted that numbers were small, so the results “might be potentially subject to large changes later.”

But asked about the uncertainty at a briefing on Monday, John Edmunds, a professor of mathematical modeling of infectious diseases at the London School of Hygiene and Tropical Medicine, said the findings were “statistically significant” and should be taken seriously.

“There is quite a lot of evidence and the effect is not small,” he said.

“It’s not as if this result has just…come up overnight,” he added. “We have been working for weeks on it.”

Moderna says it believes vaccine will work against new variants Do we know what might make the new variant more deadly?

Scientists are not sure about that yet either, but they are trying to find out.

“Evidence on this variant is still emerging and more work is under way to fully understand how it behaves,” said PHE’s Hopkins.

What scientists do know, however, is that the new variant has a mutation on a part of the virus that makes it more able to bind strongly to human cells.

“That is the most plausible biological explanation for (both) the observed increase in transmissibility and, possibly, the increase in severity that we might be seeing,” said Peter Horby, a professor of emerging infectious diseases at Oxford University and chair of NERVTAG.

Simon Clarke, an associate professor in cellular microbiology at Reading University, said this stronger binding could in turn provoke “a stronger overreaction by the immune system, which causes the worst disease, and can be fatal.”

How worrying is this potentially higher death rate?

Edmunds, who co-led one of the analyses feeding into the 30% increased mortality risk estimate, described the evidence as “a really serious turn for the worse.”

PHE stressed in a statement that the absolute risk of death per COVID-19 infection (across all age-groups) “remains low, for both the new variant and the older variant.” – Rappler.com