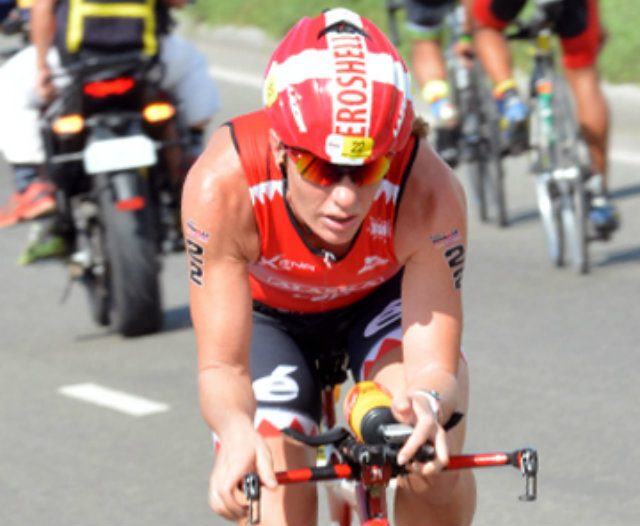 CEBU CITY, Philippines – The two Tims from Australia raced to a photo finish at the 2015 Cobra Energy Drink Ironman 70.3 Philippines, with Tim Reed crossing the finish line at the Shangri-La’s Mactan Resort and Spa just mere two seconds ahead of fellow Australian Tim Van Berkel while Caroline Steffen showed tremendous will by taking her fourth title in-a-row in the women’s side.

The reigning Ironman 70.3 Asia-Pacific champion Reed finished the whole race in 3 hours, 46 minutes and 3 seconds to take the 2015 title while his best buddy Van Berkel was nipping at his heels at 3:46:05.

“It was a tough race. But tough races are always most memorable. The local community was awesome. There were thousands of people lining the way. I’ve never experienced anything like that before. The crowd out there made it special. I just stayed with Tim (Van Berkel) because I knew that I could finish stronger. We were running side by side. It came down to who wanted it more,” said Reed.

The two had paced each other in the run segment of the race. It was the first time that the two raced here in Cebu.

Van Berkel, who admitted that he has yet to better Reed in a sprint finish, gained time on his best friend when Reed stumbled en route to crossing the finish line but it wasn’t enough to beat him.

“We (with Tim Reed) were running neck and neck and to lose at the finish sucked a little. It came down to a sprint finish between the two of us. I’ve never beaten him in a sprint finish before. But it was an awesome course. I really enjoyed it, especially the fans cheering along the route. The spectators were special. I couldn’t believe how many there were. There were thousands and thousands. It was like racing in the Tour De France,” said Van Berkel.

Defending champion Brent McMahon of Canada settled for third place with his time of 3:50:23. The two-time Canadian Olympian may not have been able to defend his title in this event but he improved his finish time by less than 10 minutes. When he won the title last year, he clocked 3:59:05.

McMahon said that he was prepared to defend his title but just couldn’t do it as the two Tims were having quite a race of their own.

Reed was trailing 5th in the swim behind fellow Australian Clayton Fettell, who finished the 1.9 kilometer swim in 21 minutes and 47 seconds, Sam Betten, McMahon and Pete Jacobs, a three-time winner of this event.

McMahon took over the lead in the bike section finishing with a time of 1:25:01 while Reed was just close behind at 1:25:04.

McMahon was the only participant with a top 5 finish in the Male Pro division who wasn’t from Australia. The rest of that group was rounded out by Australia’s Mitch Robins (3:55:20) and Craig Alexander (3:57:11).

In the Pro Female division, Steffen remained unstoppable and proved why she is nicknamed “Xena, the Warrior Princess.” Despite crashing her bike and incurring sore ribs, she claimed the title for the fourth time in-a-row with a time of 4:23:54.

“I fell and I think Belinda went past me. It was hard. I didn’t know what exactly was happening. I think about 20 people suddenly crossed the road. I think it was someone famous racing at the other side and the people wanted to get a better view. So they all crossed the road. I tried to use the brakes. But I couldn’t stop. So I just crashed and fell off. So the marshals came over and asked if everything was okay. I said yes and just kept on racing,” said Steffen.

“I just kept on going because I wanted to finish the race. The lesson is never give up if you can finish the race. I wasn’t hurt that badly. Just a few aches. I should be back training after one week of rest,” she added.

Finishing second to Steffen were USA’s Beth Gerdes, who crossed the finish line in 4:29:07 and Australia’s Dimity Lee-Duke in third place with 4:29:36.

Completing the top 5 lineup were New Zealand’s Kathryn Haesner with her time of 4:32:15 and Australia’s Belinda Granger (4:42:00), who is racing in her last event. During the Meet the Pros press conference, Granger said that she can’t think of a better event for her last race.

The All-Filipino Elite Male category was without drama of its own with birthday boy August Benedicto overcoming an upset stomach to retain his title with a time of 4:28:36.

Benedicto was just six seconds ahead of highest-placed Cebuano Philip Duenas, who came in second, while Banjo Norte clocked in 4:29:05 to settle for third place.

Monica Torres, who raced in the professional category last year, once again ruled the distaff side with a time of 4:39:37. Her time, which was a personal best, was good enough for 5th place if she had raced in the Pro Female category.

Team Omega Pro’s Maria Hodges, who is based in Cebu, came in at second place with her time of 4:53:09 while LC Langit placed third after clocking 5:05:09. – Rappler.com