MANILA, Philippines – As part of his Manila tour for Nike Rise, Cleveland Cavaliers star LeBron James a tenement in Taguig Friday, August 21 where he interacted with some of the local kids and left his handprint on a slab of concrete.

The 4-time NBA MVP stayed for only around 30 minutes and watched Filipino kids play basketball.

His visit to the tenement is part of his series of activities in Manila for the Nike Rise program, which plucked kids from around the archipelago for a training camp and exposure to help them realize their basketball dreams.

Indiana Pacers forward Paul George also dropped by the tenement when he was in Manila last July.

From the tenement, James next went to the Nike store in Bonifacio Global City for a shoe launch. He had a press conference and an exhibition game the previous day.

(READ: LeBron on PH basketball: ‘They definitely love the game’) 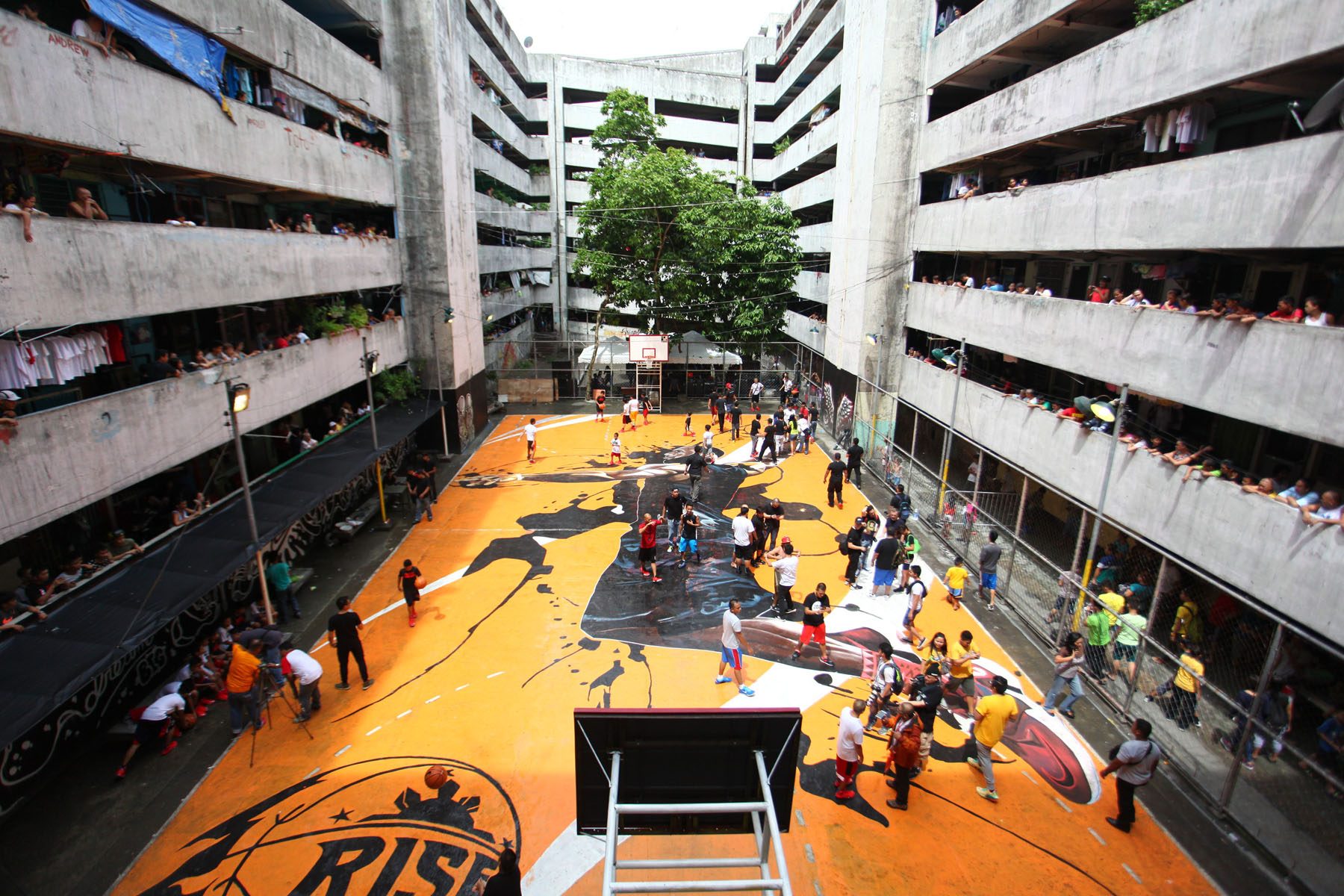 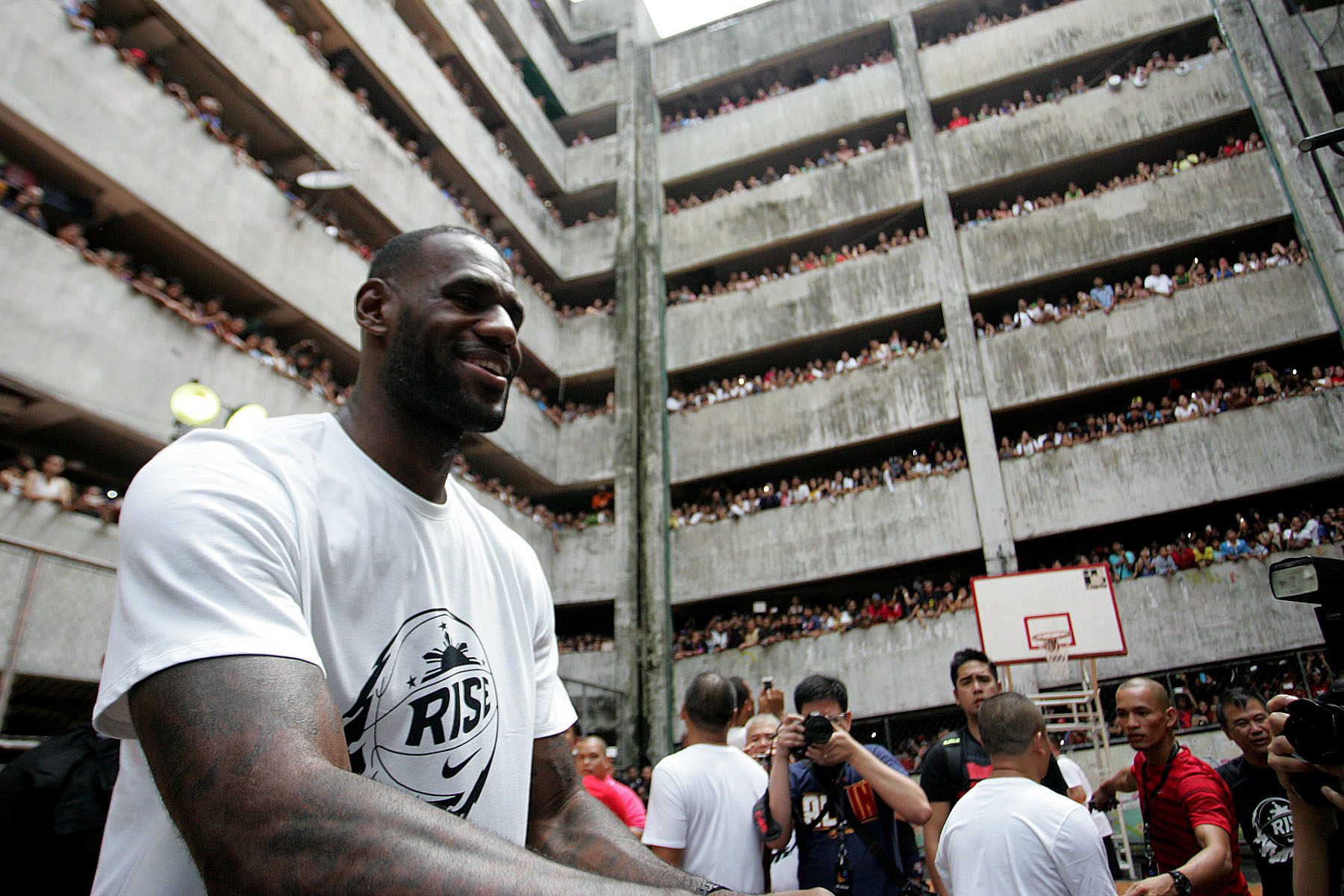 – with reports from Josh Albelda/Rappler.com