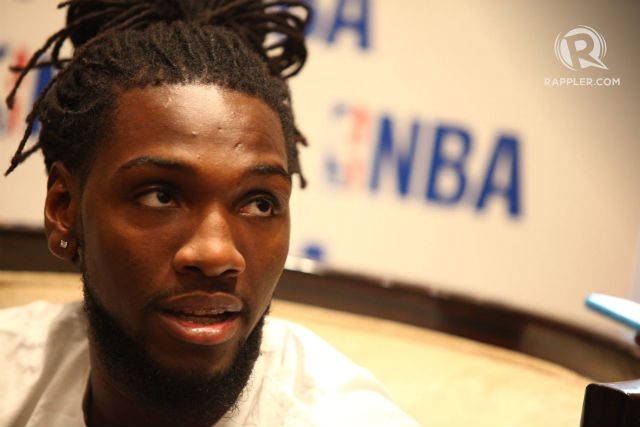 MANILA, Philippines – It’s been a rough past two years for the Denver Nuggets.

After making the NBA playoffs for 11 straight years from 2004-2013, Denver has been absent from the league’s biggest stage while compiling a mediocre 66-98 record.

But despite the lack of success since their franchise-best 57-win campaign in the 2012-2013 NBA season, one of the team’s key cornerstones, Kenneth Faried, is confident in the future of the Nuggets.

Faried, who is visiting Manila along with San Antonio Spurs forward Danny Green for the 2015 NBA 3X festivities over the weekend, says he’s already spoken with his new head coach, Mike Malone.

“Of course we talked. We have to talk,” Faried told the media on Thursday, August 27, at the Marriott Hotel. “We’re excited about this season. I’ve watched film on him, he’s watched film on me. I needed to know what type of coach I was getting myself into.”

The Nuggets gig will be Malone’s second head coaching job after he called the shots for the Sacramento Kings for the 2013-2014 NBA season and parts of the 2014-2015 season. He’s also served as an assistant coach for the Knicks, Cavaliers, Hornets, and Warriors.

“He’s a hard-working guy who has energy on and off the court, so I’m excited about it,” said the 25-year-old Faried, who averaged 12.6 points and 8.9 rebounds a game last NBA season, according to ESPN.

The 6-foot-8, Morehead State product also said that’s he’s been working towards improving his overall game, and that he has high expectations from Denver’s seventh overall pick in the 2015 NBA Draft.

“Every time I go out there and play or practice or do anything, I think I need to improve on something and that’s everything. Every part of my game I can improve on, I try to improve on it,” said Faried, who’ll be catching a lot of lobs from the team’s new head point guard, rookie Emmanuel Mudiay.

Mudiay has big shoes to fill as he’s about to take over for Denver’s starting point guard last season, Ty Lawson, who despite having a down year still averaged 15.2 points, 9.6 assists, and 3.1 rebounds a game.

The Nuggets parted with Lawson in a trade with the Rockets this offseason after he received two D.U.I’s during a 6-month stretch this year in Los Angeles and Denver.

“I spoke to Ty. That’s my best friend,” said Faried, who’s about to enter his fifth year in the NBA.

“We talk frequently – just about BS, like we just have conversation – and it was tough, you know, cause like I said that’s my best friend, that’s my boy, we was tight, but it’s the nature of the beast. It’s business. You can’t really dwell on the past.”

Faried, whose nickname is “The Manimal” due to his high-energy play, says Denver now has to move forward as they aim to return to the playoffs – a goal he fully believes they can achieve.