Gilas breezes past Kuwait, advances to FIBA Asia second round 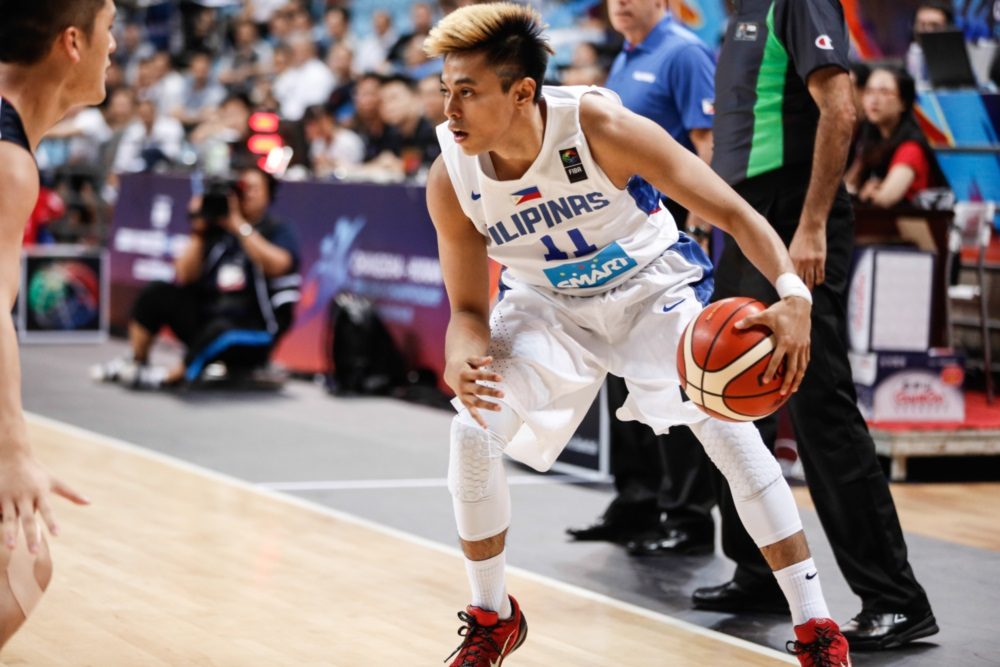 Facebook Twitter Copy URL
Copied
With the win, Gilas Pilipinas safely moves on to the second group phase in the 2015 FIBA Asia Championship

MANILA, Philippines (UPDATED) – On to the second round.

Gilas Pilipinas continued its rampage after its 51-point drubbing of Hong Kong as they bulldozed past Kuwait, 110-64, in Group B on Friday, September 25 at the Changsha Social Work College Gymnasium in Changsha, Hunan, China.

The Philippine national men’s basketball team finished the first round with a 2-1 record and is safely through to the second group phase of the 2015 FIBA Asia Championship.

Terrence Romeo topscored for the Philippines with 19 points including a perfect 3-of-3 clip from long range. He also had two assists and two steals.

Jayson Castro, or Jayson William internationally, finished with 16 points, two rebounds and an assist in just over 19 minutes of action. Calvin Abueva was likewise effective with 10 points, 8 rebounds, two assists and 1 steal in close to 14 minutes on the floor.

It was an up and down affair during the first 4 minutes of the ballgame as Kuwait knocked down some outside shots. But Gilas held them scoreless for 10 minutes bridging the first and second periods and mounted their own 26-0 blast to take a 44-11 lead.

Kuwait, however, managed a spurt and scored 14 points in the final half of the second quarter. Though that was all she wrote for the 70th ranked Kuwait, who is now eliminated from the tournament with a winless card in Group B.

The Philippines outplayed Kuwait on every front – lighting it up from downtown, dominating the paint, and running and gunning at will.

Gilas out-rebounded their foes by 52-26. Though they once again struggled from the free throw line going 19-of-31 collectively.

The game was marred by scuffle between Kuwait’s Abdulaziz Alhamidi and the referees as he vehemently complained when he busted his lip during a play following his low blow to De Ocampo with 46.6 ticks left in the game. A water bottle was thrown on the court and he was escorted out of the playing area.

The tantrum Abdulaziz Alhamidi of Kuwait threw at the end of the Gilas game. He nutchecked Ranidel De Ocampo pic.twitter.com/abV0AFbSWH

Kuwait’s fouls on Gilas amounted to 26 and one Kuwaiti fouled out as early as the third quarter.

Gilas will have carryover 1-1 win-loss record to the second group phase with Kuwait eliminated. They will move on to Group E and will face reigning FIBA Asia champion Iran, India and Japan. – Rappler.com