Nov 21, 2015 12:11 PM PHT
Agence France-Presse
Facebook Twitter Copy URL
Copied
A teenager claims J.R. Smith choked him outside a pizzeria after he heckled him for refusing a photo request 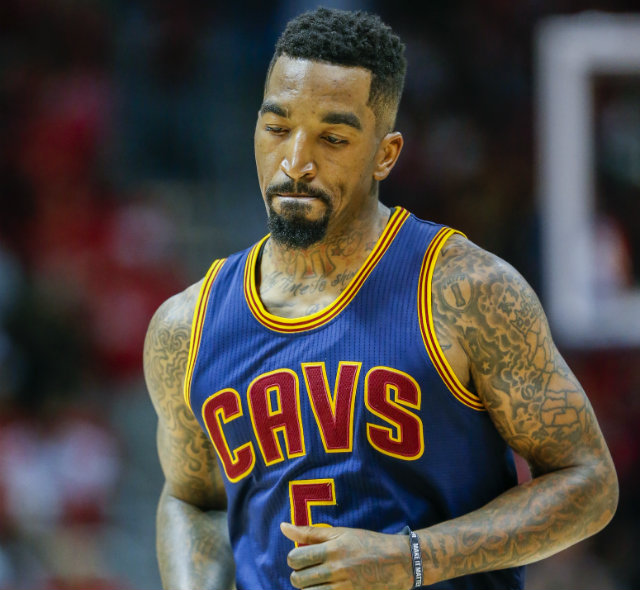 NEW YORK, USA – Cleveland Cavaliers guard J.R. Smith hit back Friday at accusations reported in New York media that he choked a 19-year-old man who was heckling him outside a Manhattan pizza shop.

“Don’t believe everything you read!” Smith said on Twitter on Friday.

Earlier his lawyer Alex Spiro told Cleveland.com that the accusation “is completely false,” and added there was no reason to think the former New York Knicks player would ever be charged.

The New York Daily News reported that 19-year-old Justin Brown had made the accusation, telling police that after Smith ignored a request for a picture Brown heckled him, and the player responded by shoving him against a wall and putting his hands around his throat.

The alleged incident in the early hours of November 13 was not reported to police until November 16.

The 6-foot-6 guard spent about 3 years as a Knicks player before joining the defending Eastern Conference champion Cavs last season. The 11-year veteran has averaged 13.2 points and 3.3 rebounds per game through his career, and is 8.6 ppg and 3.6 rpg through 9 games this season, according to basketball-reference.com.

The Cavaliers issued a brief statement on the matter on Friday, saying only that they had spoken to Smith about the reports. – Rappler.com