Nadal: Filipinos are ‘fantastic,’ will return to visit Philippine islands 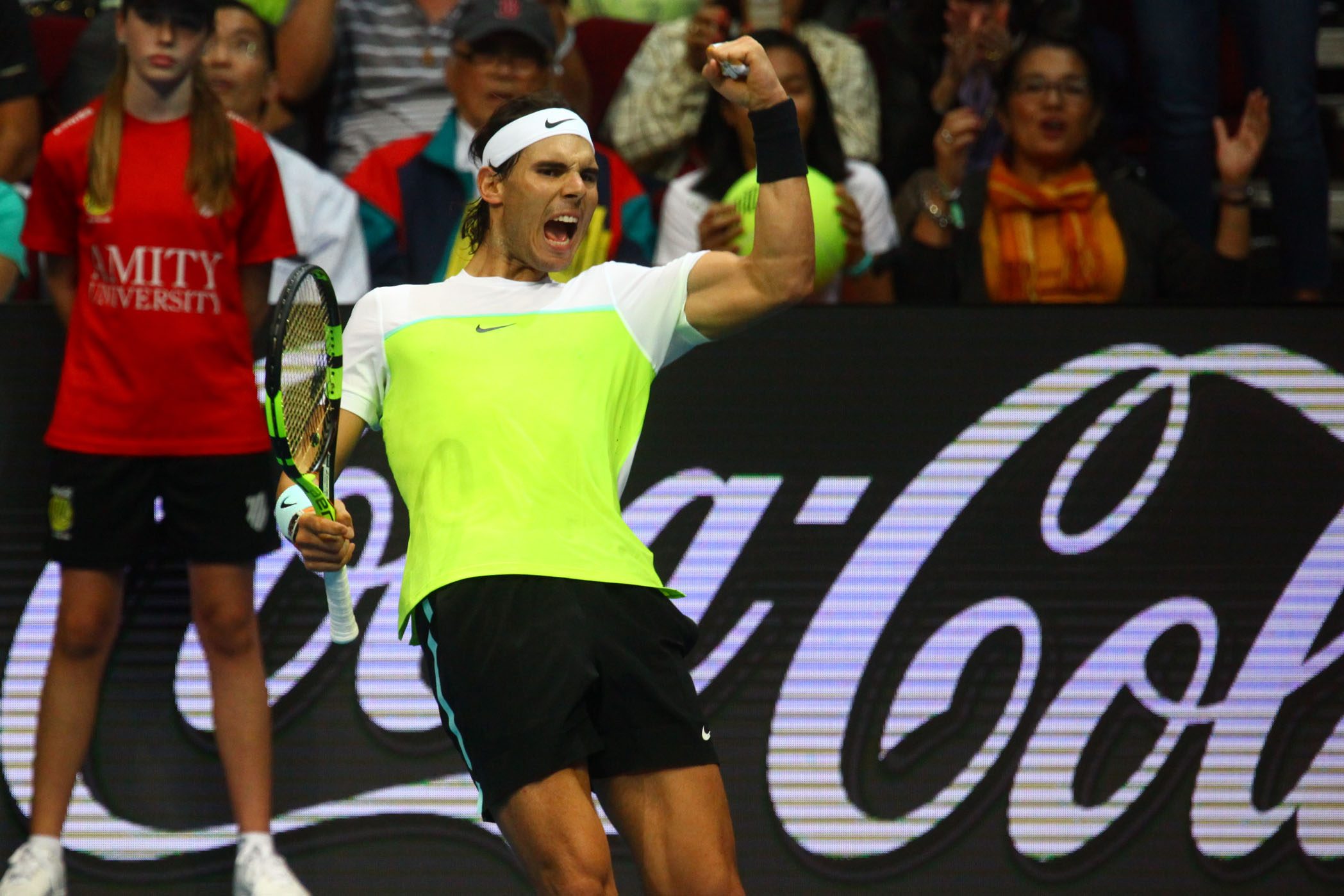 MANILA, Philippines – Rafa Nadal seemed to really enjoy his first-ever visit to the Philippines. After conducting a tennis clinic the day of his arrival, the highly-ranked male tennis player in the world made his 2015 IPTL debut, wowed the Philippine crowd at the Mall of Asia Arena, went 3-1 in his 4 sets, and even took a few pictures with both fans and even the media.

Unfortunately for the 29-year-old Spanish tennis star, his schedule was packed the moment he reached Manila soil, leaving him having to come to the country another time to visit some of the other items in his itinerary.

“How tough is our schedule here?” Nadal told the press after his Micromax Indian Aces dropped a close match to the hometown Philippine Mavericks, 25-24.

“I have been working, staying with you (media), doing different things for sponsors and being on the court for a long time, and working in the gym too. I didn’t have the [time] to visit the country, and I know there [are] beautiful things here.”

Nadal specified one thing the Philippines is well-known for to tourists. “I know there’s amazing beaches. I am from an island; I am from Balearic too, so I’m going to come back and visit the islands here in the Philippines.”

Nadal also showed appreciation for the people of the country, saying he felt the admiration throughout his entire brief stay, especially from the crowd which came to watch him and the rest of the IPTL roster in action.

“The only thing I can say about Philippines today is the people [are] fantastic,” said Nadal, an Olympic gold medalist in 2008, who’s off to New Delhi for the next leg of the IPTL.

“So friendly, so nice with me since the moment I arrived here, and I [am] really looking forward to come back soon.

“The support of the crowd has been unforgettable,” said Nadal, “and the love from the people since I arrived here, it’s just something very, very special, and I just [want to] say thank you very much to the Filipinos.” – Rappler.com