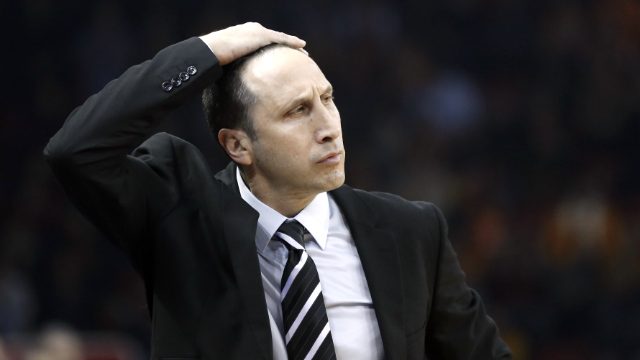 LOS ANGELES, USA – The Cleveland Cavaliers’ decision to axe head coach David Blatt – who led them to the NBA Finals last season and had them atop the NBA Eastern Conference when he was dismissed, was widely criticized by his fellow coaches in the league.

“It’s embarrassing for the league, it really is,” said Detroit Pistons coach Stan Van Gundy. “So David Blatt had injuries this year and everything else – we all know nobody cares about that. You’re supposed to win. He did. He did and he’s still getting fired … It’s hard to figure out.”

Tyronn Lue, the associate coach promoted to the Cavs’ head coaching position was under no illusions as to the pressure he’ll be under to win.

Cousins stepping up for Kings

DeMarcus Cousins capped a stellar week with a career-high 48 points for the Sacramento Kings in a win over Indiana on Saturday.

Cousins’ strong play has fueled the Kings’ 5-game winning streak, and in three games last week his average of 36 points per game led the league while his 14.7 rebounds per game was second in the NBA.

While the Kings, also buoyed by improved defense, have put together their longest winning streak since November of 2014, Cousins thinks there’s better to come.

“To be honest,” he said, “I still don’t think we’ve scratched the surface.”

Indiana Pacers star Paul George, who suffered a grisly broken leg in a Team USA training game in August of 2014, won’t decide whether he would play on the US Olympic team until the NBA campaign concludes.

George was named last week as one of the 30 finalists for the US squad for Rio. He said he welcomed the opportunity, but after missing virtually all of last season he wouldn’t want to push his body past its limits.

“It’s been a long year for me already, so we’ll see when it gets down to being there,” George said. “I’ll listen to my body and listen to the trainers to see what’s the best move.” – Rappler.com