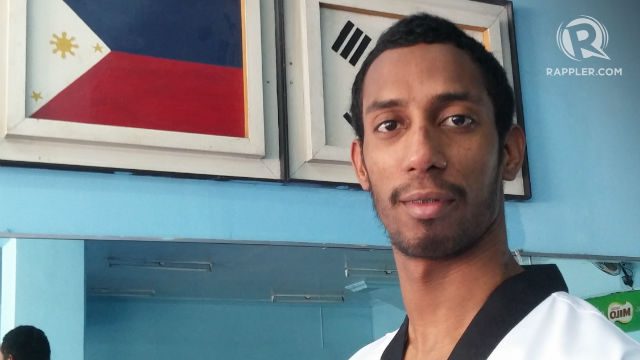 MANILA, Philippines – Samuel Thomas Harper Morrison walked into the gym of the Philippine Taekwondo Association at the Rizal Memorial Complex. Because of his African-American features and his height – six-foot-one – I wondered if a basketball player had lost his way.

“Yeah, I get that a lot,” Morrison, who is known more by his nickname “Butch,” said with a laugh. “And I’m from Olongapo, not the United States.”

The son of a former American merchant marine and a Filipina mother, Morrison grew up playing basketball in and around the Subic Bay area. Why not? “I’d play in our neighborhood. Dadayo pa kami kung saan-saan para maglaro (we’d travel everywhere just to play).” I could play from morning up to nighttime.”

But it was his youthful attraction to, and fascination with, the Power Rangers and Masked Rider that set him on another path. “I loved those television shows as a kid. I thought it was cool to see the Power Rangers defeating their opponents with their martial arts skills. I would practice their moves at home. It was a cool thing.”

“Now, in our neighborhood in Olongapo, there was a taekwondo gym. One day, I picked up the nerve to go in and ask if I could learn the art. That’s how it all started.”

Since then, Morrison has been on a tear. Using his taekwondo skills, he parlayed that into a scholarship at the University of Santo Tomas where he won 3 UAAP gold medals. He also represented the country in international competitions, winning the Southeast Asian gold in 2015, silver in the 2011 Summer Universiade Games at Shenzen, and bronze in the 2014 Incheon Games.

For now, Morrison has his eyes on qualifying for the 2016 Rio Summer Olympics.

“During the qualifiers for the 2012 London Games, I blew my chance,” admitted the 26-year old. “It’s weird that taekwondo is supposed to teach me discipline and it does. My problem is I’m too much of a hothead. I easily loose my cool at a bad call, at my opponent’s tactics… and I paid for it by losing my cool during the qualifiers.”

“It was a humbling experience because I thought that due to my early success, I could do everything and achieve everything. I think not winning has taught me to be more patient, to become more focused, and to think more. I have to say though that I haven’t eliminated everything because I am a work in progress. But you’ll see a different fighter in the qualifiers. Now I have another shot at making it to the Olympics. And in front of the home fans too,” he added.

Morrison and a host of Filipino jins will look to qualify in the Asian Taekwondo Continental Qualifying Games for Rio at the Marriott Convention Center from April 16-20.

“Qualifying will mean a lot to me personally as well as for my family. But I have a hundred million reasons to get the job done,” said Morrison referring to the Filipino population. “It’s going to be a challenge. But I am looking forward to it. Hopefully, Filipinos come out to support us. We’re sure going to need it.”