Why has chess fallen in popularity in the Philippines? At the first Battle of Grandmasters in 2006, Wesley So won the first prize of P200,000. But as sponsorships dried up, so did prize money. On Tuesday, June 28 Joey Antonio won and took home a first prize of P18,000.

Despite the low prize money, Antonio drew solace in winning his first solo title for the 12-time national champ since 2002 which gave him a berth at the biennial Chess Olympiad in Baku, Azerbaijian.

Winning a slot to the Olympiad, the second most prestigious event after the world championship, was once a chessplayer’s dream. Sometimes economics gets in the way, however. John Paul Gomez, third in the last battle series, will not be in Baku as his wife, an events organizer, will give birth to their second child.

Allowances for Olympiad qualifiers are not that high either. Sometimes, playing in a tournament with high prize money can be more lucrative than aspiring for the Olympiad.

No one wants to say it but chess, which was so popular in the 1970s and 1980s, has fallen on hard times. Tournaments for the Philippine masters have literally shrunk to a handful: the Battle of Grandmasters, Philippine National Games, the Philippine Opens with foreign grandmasters.

To earn a living, masters have to play in Malaysia and Thailand, countries which did not have as strong a chess culture as the Philippines 40 years ago. There are also events in Indonesia and Vietnam. Some masters who are not attached to the Armed Forces of the Philippines make do by teaching and coaching. A lot of masters have chosen this route and have made a good living in Singapore, Malaysia and Thailand.

Richard Bitoon is the latest Philippine grandmaster to leave for work in the US. Bitoon, who won the 2015 Battle of Grandmasters by tiebreak over Antonio, did not receive prize money but the finalists had a daily allowance of P2,000 and free meals.

“I will be doing something else in the US,” said Bitoon to Rappler.com on private messenger at Facebook. “My family received immigrant status and we will be in Lubbock, Texas around July.”

So had shifted affiliation to the US Chess Federation in 2014. Mark Paragua, the strongest player of the 2000s, and his family secured residency in New York. Oliver Barbosa is on the West Coast. Paragua and Barbosa, however, have not changed federations.

With Julio Catalino Sadorra, the country’s number one player, living in Texas, the Philippines’ 3 top players are in the US, with Bitoon joining them soon.

Many reasons have been put forward for the descent in chess’ appeal even as many schools and universities have formed teams to compete in collegiate leagues. Factors often mentioned by chess sources are the lack of new heroes and weekend tournaments which are open to amateurs or non-masters are easier to run and cheaper for organizers.

It costs thousands of pesos to organize tournaments for masters and few sponsors dip their feet. Rare are people like boxing legend Manny Pacquiao, who sponsored the 2013 Asian championship at Midas Hotel and organized a team tournament this summer where a different kind of chess was played.

The biggest recent blow to chess’ diminished status was when the Philippine Sports Commission lowered the allowance of 4 grandmasters: Eugene Torre, Antonio, John Paul Gomez and Darwin Laylo from P40,000 monthly to P9,600 last year. The reason given was that chess was not played at the 2015 Southeast Asian Games. The National Chess Federation of the Philippines was unable to convince the PSC to reinstate the allowance.

No one can blame young players for turning their backs to the sport that sent them through high school, college or even graduate school. Around 50 years ago, national masters were employed by top corporations like San Miguel, Meralco, Elizalde and Co., PLDT. Some government agencies, which have strong chess teams, also had masters working as employees.

“These last 4 or 5 years were tough but we had to keep the core programs – national championships, national age group, national juniors – going,” said a board member of the National Chess Federation of the Philippines.

The federation hopes young players will become stronger by sending them to foreign tournaments. Paulo Bersamina, 18, and Janelle Mae Frayna, 19, are some of these young stars. Bersamina is an International Master, and the strongest junior in the country. Frayna lacks only a third result in strong tournaments to become the first Filipina woman grandmaster. In the wings are 3 others with one woman grandmaster’s result: Jodilyn Fronda, Bernadette Galas and Mikee Charlene Suede, the former Asian junior champions. 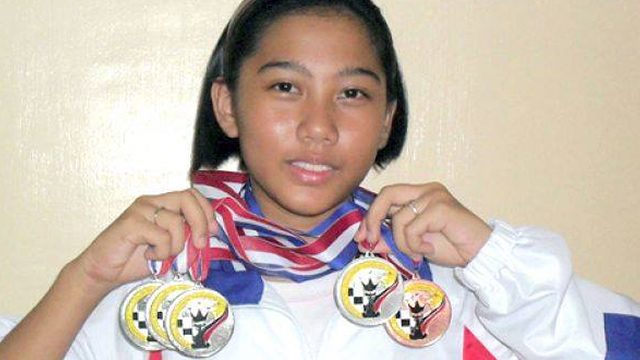 In the recent Battle of Grandmasters, John Marvin Miciano, 15, from Davao beat two masters and drew with a grandmaster candidate. Samantha Glo Revita, 17 of Rosales, Pangasinan beat Frayna in the final round while Allaney Jia Doroy of Agusan del Norte, 15, had a good tournament at the senior level.

And hopefully when they ripen to be strong players, Philippine chess will have another Florencio Campomanes, the chess organizer par excellance, and sponsors will be back. In the meantime, low tournament prizes will be the norm and chess lovers will have to be called upon to help the sport in its fallow period. – Rappler.com