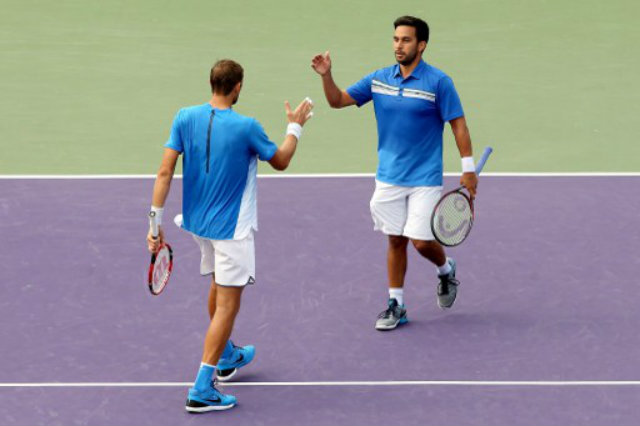 MANILA, Philippines – Filipino Treat Huey and Belarusian Max Mirnyi had their Cinderella run come to a halt at Wimbledon after falling to the number one seeds Pierre-Hugues Herbert and Nicolas Mahut of France in 5 grueling sets (6-4, 3-6, 6-7, 6-4, 6-4) in the men’s doubles semifinals on Thursday, July 7 (Friday Manila time).

Huey, who was raised in Virginia by a Filipina mother, served well throughout the match but had his serve broken in the fifth set to give Herbert and Mahut a 5-4 lead. Mahut and Herbert quickly held in the next game to secure a showdown with Edouard Roger Vasselin and Julien Benneteau in an all-France final.

In defeat, the 30-year-old Huey became the first Filipino to make the semifinals at Wimbledon, and had previously reached the men’s doubles quarterfinals in Melbourne in 2014 and 2016, and in the US Open in 2013. Huey also reached the mixed doubles semis at the Australian Open earlier this year. – Rappler.com