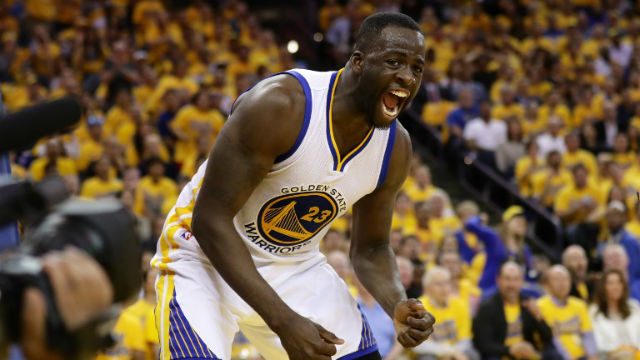 LOS ANGELES, USA – American basketball star Draymond Green’s build-up to the Rio Olympics hit another snag Sunday, July 31 after he had to apologize for posting a picture of his penis on social media.

Green dismissed the incident by saying he pushed the wrong button which resulted in the photo being displayed for about 10 minutes on Snapchat before it was taken down.

“We are all one click away from placing something in the wrong place,” said Green, who will represent the USA at the Rio Summer Games in Brazil.

Green’s first reaction after the photo went public was to say on Twitter that he had been hacked.

He later told reporters at the USA’s practice facility in Houston that the photo was “meant to be private”.

Earlier this month, the Golden State Warriors player reached a plea agreement that allows him to avoid jail time after he allegedly slapped a football player from Michigan State University. He will have to pay $60 restitution and was hit with a $500 fine for the incident. – Rappler.com